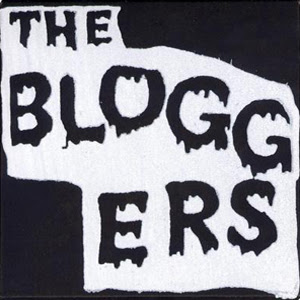 While perusing the 'net the other day, I came upon a spectacular website. Apparently, in 2003 Forbes did a "Best Blogs" series, and one of the segments they decided to profile was the at-the-time sparse sports blogosphere. If SportsByBrooks, Deadspin.com, and The Big Lead were the Columbus, DeSoto, and Cortes of the sports blogging scene (explorers as well as conquerers), then these blogs were the ancient Vikings setting foot in an uncharted, untamed, and unpopulated New World.

Right from the start, Forbes discusses the difficulty of compiling their list. Their thought was that because ESPN, Sports Illustrated, Fox News, and regional sports sections provided ample coverage, then there was no reason for sports fans to blog. On top of that, there was "no economic incentive to start a sports blog".  I guess for Forbes that's all that counts.

Before I review their Top 5, here is perhaps my favorite line from Forbes's intro:


"Pro football and basketball blogs are the worst of the bunch--the pickings are slim, the presentation is poor and the writing uninspired."

2003 Forbes description highlight: "a good-looking, fun and informative blog that offers a Kobe Watch, a tally of high school coach sex scandals and the main attraction, stories listed under the heading "Who Did Something Stupid Today?" With 3,000 daily visits, the site may feature a story on a gold medal Russian rhythmic gymnast who was arrested for cheating at cards, or a high school mascot waving the Confederate flag."

2010 Follow up: Badjocks.com is still active and was recently named one of the most influential blogs of the decade by Sports Illustrated.

2003 Forbes description highlights: "There's very little sports news that Eric McErlain won't take an opinionated whack at ... The Reston, Va., resident supplies an impressively informed point of view on every topic he targets ... he gets 200 to 300 visitors a day."

2010 Follow-up: Currently located at the more convenient www.offwing.com, Off Wing Opinion is still active, although it is now apparently only updated once a week as McErlain has seized bigger and better media opportunities.

2003 Forbes description highlights: "Fanblogs.com is probably the best blog dedicated to a single sport--college football ... Making Fanblogs profitable is not on the agenda, they say, though they would like to make enough to cover the costs of producing the site. The blog got an average 17,000 daily hits this month."

2010 Follow-up: FanBlogs.com is still active and looks as popular as ever. In 2006, it was purchased by Rivals.com, which makes it a part of the extensive Yahoo! Sports network.

2003 Forbes description highlights: "F#%!edsports.com is sports' version of King Lear's fool. Buddy Maguire comments on the day's major scandals ... Although he claims to have earned a whopping $8.05 from the site so far, it's the grotesque, not the money, that fuels him."

2010 Follow-up: I'm not sure what to think here. When I typed in "F#%!edsports.com there was no site. However, when I looked up "Buddy Maguire", I found a site called FrostedSports.tv which has not been updated since October 2008. Either way, I'm going to say they are not active anymore. Maybe someone out there knows something different.

2003 Forbes description highlight: "Larry Mahnken's Replacement Level Yankees has a pretty, pinstriped design, in-depth opinions updated regularly and relevant stats ... The site is slowly gaining popularity, drawing about 1,000 hits in May, 2,000 in June, 3,000 in July and 6,500 in August."

2010 Follow-up: On April 2nd, 2007 Replacement Level Yankee Fan moved from its original location to www.replacementlevel.com. That web address however redirects to Revenge of the RLYW which picks up on March 15, 2008. It's almost as if the Yankees didn't exist for 11 months.

Overall, I have to give credit to these guys. Not only are they the forebearers of the sports blogging scene, but as a writer/blogger who has been on the scene for 3.5 years, I have to tip my cap to the writers at 4 out of 5 of these sites who continue to post quality material day in and day out.

(Addendum: In 2004, the Seattle Post-Intelligencer wrote an article on the growing sports blog scene. According to the P-I, at the time there were "322 blogs, with 267 dedicated to baseball. Some have become so popular, they are selling advertising.")
Posted by Jordi at 8:21 PM No comments: 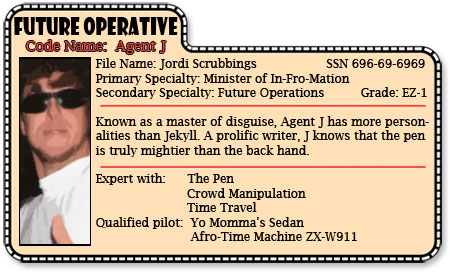 Courtesy of Snowman of Afro-Squad.com.

Remember, you don't want to get mixed up with a guy like me. I'm a loner. A rebel. And I ride a mean bicycle.
Posted by Jordi at 7:24 PM No comments: 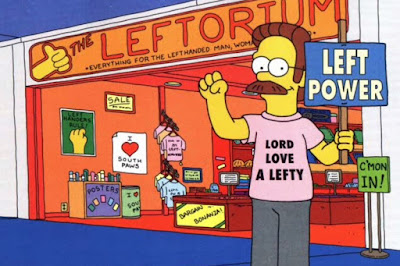 Here is a poem I wrote about left-handed people striking out against their right-handed oppressors. Being left-handed is something I'm proud of and I try my best to carry on the legacy of the great lefty geniuses, generals, and gentlemen who made jive-turkeys genuflect from July to June.


(The Rising of the Left)


Round up the troops!
Call all volunteers!
No longer will we be sinister,
backwards,
or goofy-footed!


Left-handed People!
Descendants of Ehud (Judges 3:27),
the killer of a king,
ruler of the Chosen People,
We Shall Rise Again!


Oppressed in a “right” society for too long.
We are outcasts.
Scissors, can openers shall no longer puzzle us.
We’ll redesign the rifles
so shells no longer scar our cheeks!


We will let the fighting spirit of Napoleon,
Caesar, and the Great Alexander guide us.
With the intellect of Ford, Einstein, and Benjamin Franklin
to our credit,
We shall not fail!


With 32 million nationwide,
we are outnumbered,
but organization can defeat population!
Start with secret handshakes.
Plans will be encoded in conversation.
Decoded only by the “right” side of the brain.


We must claim our own land!
Beat the hands of the noncompliant
with wooden sticks
as they beat ours so long ago!

So let us take a stand!
Fight this war to be Free!


Post script: Perusing the 'net, there is one other site that uses the term "left-handed revolution". Unfortunately, they don't talk about ceasing power. They do however make the very insightful claim that "left-handed people may be the most secretly oppressed people in the world".

How absolutely true.
Posted by Jordi at 8:53 PM 2 comments: