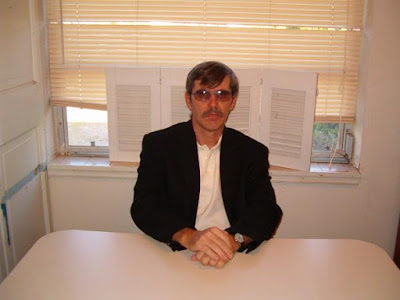 Every four years, Americans are given a choice. A choice that determines who will represent them and lead their nation. Unfortunately, the leading American presidential candidates are often pre-determined by media conglomerates and corporate interests.

This year many frustrated Americans have announced their candidacy and are running in the 2008 US Presidential Election. These independent candidates are using every platform available in an attempt to break the mainstream media's stranglehold on popular candidate selection.

With the common goal of giving the masses an alternate option, it is only natural bloggers should extend their small corner of the Internet to independent presidential candidates. After finding a complete list of candidates on Politics1.com, The Serious Tip contacted local Florida candidate Mark B. Graham and asked for an interview. Mr. Graham was kind enough to respond.

The Serious Tip: Who is Mark Graham?

Mark B. Graham: Well, Mark Graham is 47, lives in Florida over 30 years. Married with 3 loving children. And was a youth coach in football and baseball in Okeechobee. Goes to the Methodist church. Also he is a hard working man who loves hobbies like fishing, hunting, and playing golf.

TST: Why run for president?

MBG: The reason I am running for President: I am tired of the Republicans and Democrats parties saying they are for every American in the United States. My Vision as an independent president: get elected by and serving you the American voters, not the political parties. My goal is to help the people of the United States.

TST: What did you have to do to become a candidate?

MBG: Well, first i had to meet the requirments of becoming president

Born in the United States

TST: What are your expectations as we enter the last few months before the election?

MBG: My expectations the last few months before are to get the word out about my campaign and show the people of the United States there is a third choice for President that can cover all the issues to work toward a better America.

TST: What type of campaigning have you done?

MBG: Well I have Campaign on the World Wide Web. Also have done a few radio shows also signs and fliers (ed note: Mark B. Graham is also on YouTube and Myspace.)

TST: What has been your biggest challenge?

MBG: Well my biggest challenges in 2008 is the Media. They dont want to give full coverage all the Candidates running for President in 2008.

TST: Being that I have written quite a bit on sports, what is your position on sports-related political issues such as steroid abuse in baseball, the Olympics in China, etc?

MBG: I feel that as a nation we try to show the world we are the best in sports and we must strive not to get a black eye from people striving to make money from steroid use in Baseball and Football. As one of the Nations around this world the Olympics is for the best athletes.

TST: Have you yet decided on a running mate?

TST: How can someone join the Mark Graham movement?

MBG: Well there is many ways to join the Mark Graham movenment. First www.markbgraham2008.com or you can e-mail me at markbgraham2008@yahoo.com.

Please remember to sign my petition on my web site www.markbgraham2008.com.

TST: Who are you going to vote for in November?