Tragedies Beyond the Squared Circle 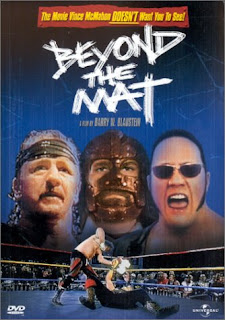 According to the National Institute for Mental Health, suicide was the eleventh leading cause of death in the U.S. in 2004, accounting for 32,439 deaths. On average, 10.9 people out of 100,000 commit suicide.

For professional wrestlers, however, the rate of tragedy is much higher. The recent events surrounding Chris Benoit and possibly "Sensational" Sherri Martel have once again put the personal lives and early deaths of wrestlers in the national spotlight. In total, 96 wrestlers under the age of 65 have passed away since 1985. Granted, this list includes "freaks of nature" such as Andre the Giant and Little Beaver, whose bodies may not have lasted long whether they wrestled or pursued more "normal" lives. Unfortunately the Andres and the Little Beavers are far too small of the total. Whatever the reason, although there are thousands of wrestlers in hundreds of federations across America who go about their careers without incident, the profession of wrestling, at least at its highest levels, seems to attract personal disaster.

In 1999, director Barry Blaustein released Beyond the Mat, an inside look at the reality behind professional wrestling. Unlike any wrestling documentary before it, Beyond the Mat wasn't just about bodyslams and headlocks, it was about the highs, the lows, the pains, and the pleasures of life in the wrestling industry. Among the many personalities covered by Blaustein was Terry Funk. Funk, a hardcore wrestling legend, has wrestled since 1965 on nearly every continent, in every size venue, and in nearly every type of match, including those with barbwire ropes and pyrotechnics. At the end of the film, the 55-year old Funk was still seen putting his body on the line, despite his doctors advising him to the contrary. Seemingly unable to walk away, Terry Funk is still active.

As depressing as the story of Terry Funk may be, perhaps the biggest fall from grace depicted in Beyond the Mat was that of former WWF Superstar Jake "The Snake" Roberts. Roberts, once one of the most famous names in professional wrestling, let substance abuse get the better of him after leaving the WWF, succumbing to the evils of drugs and alcohol. With the pinnacle of his career drifting further behind him, Roberts became a physical and emotional mess, reportedly even smoking crack in a hotel room before a scheduled meeting with his daughter.

Although currently 52 years old, Jake Roberts is still wrestling. In an event earlier this year in the small town of Bushnell, Florida, Jake headlined against a local independent wrestler. Still the crowd favorite, many of the 200 or so people in attendance chanted Roberts' name and waited patiently for his autograph, despite his physical frailty and his almost incoherent post-match speech concerning those who have done him wrong in his career. Whether he was under the influence during his soliloquy or just felt the strong need to air his grievances to the people of Bushnell could be definitely be argued. As one of the many in the crowd, I was sad to see yet another chapter in the tale of a former hero of the squared circle.

But why, you may wonder, was I in Bushnell, watching this one-time legend in a two-bit town?

Because that night my brother was on the undercard.

As much as I brag about having a brother in professional wrestling, there are times it scares the hell out of me.
Posted by Jordi at 2:21 AM No comments: 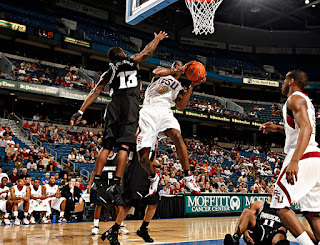 A few weeks ago, Henry Abbott of ESPN's TrueHoop asked his readers if they had ever met any of the prospective NBA players vying for a spot in tomorrow night's NBA Draft. Henry posted many of the submissions earlier this week. Unfortunately, because I missed reading TrueHoop the day Henry asked for submissions, I was unable to send him my story. Therefore, I've decided to write about the day I met Al Thornton here.

Sometime during the Spring of 2004, I had the pleasure of chatting with Al Thornton. Thornton had just begun his career at FSU and I was beginning my first semester of grad school. As a fan of Seminole basketball, I had gone to quite a few games and could pretty easily identify many of our higher profile players such as Tim Pickett or 6'10 Alexander Johnson. One day however, as I was waiting for the campus shuttle to take me to class, I saw someone who I thought I recognized from the previous night's game.

After awkwardly asking if he was indeed Al Thornton, Al and I talked hoops as we waited for the shuttle bus. I remember congratulating him on his recent games and asking him why he chose FSU. He told me his deciding factor was Coach Leonard Hamilton's honesty and openness. Then I asked him where else he considered and he told me Louisville, Cincinnati, and (if I remember right) Kentucky. We talked hoops for a few more minutes before the bus came, and even though our conversation ended, needless to say, I was impressed. Although there wasn't much to the Al Thornton basketball legend then, his willingness to small talk made me a fan. You hear too often about student-athletes who think they are better than their fellow students because of their athletic status, but Al Thornton wasn't one of them, at least to me.

By this time tomorrow night, Al Thornton will have been drafted by an NBA team. Many pundits have him being selected 12th by the Philadelphia 76'ers. Although I'd really like to see him in a Knicks uniform for my own personal fan reasons, whatever team he lands on, I'm glad he's made it.

For more on Al Thornton, check out this Boston Globe article.

For more on the few Seminoles who have been drafted by NBA teams, check out Orlando Sentinel writer Emily Badger's list of recent FSU basketball standouts. According to Badger, Thornton has a chance of being the highest former Seminole draft pick since George McCloud was picked seventh in 1989.

Before I go, here is a stat that I am having trouble believing: According to the Official FSU basketball homepage,

Not North Carolina, Maryland, or NC State? Only FSU and Duke? Wow.
Posted by Jordi at 1:51 AM No comments:

Thoughts on Hank Aaron and the Home Run that Changed America 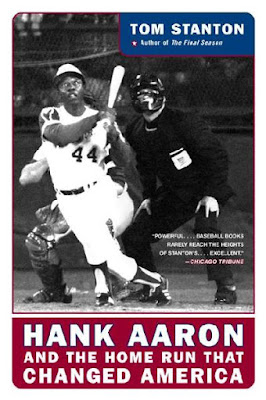 In anticipation of Barry Bonds eventually eclipsing Hank Aaron's all-time home run record, I recently read Tom Stanton's "Hank Aaron and the Home Run that Changed America". Having watched most of Bonds' career, but not being alive to see Aaron's, I wanted to be able to compare the two quests, and come to my own conclusion as to whether Bonds' surly behavior is just "Bonds being Bonds" or a defensive reaction to the pressures he faces as he nears one of baseball's most hallowed records. I also wanted to learn about the pressure Aaron felt as he approached the Babe. Would he have acted as Bonds does today?

Below are several notes I took and some elaboration on certain segments of the book. Note some of the interesting parallels.

Page 68 - Stanton describes the negative correspondence Hank Aaron received as he neared Ruth's record. Among the interesting reactions Stanton uses is a Jim Murray quote from the Los Angeles Times. Murray, in an attempt to add humor to the situation, wrote that he wouldn't write a nasty letter to Hank Aaron - instead, he is saving his letter for a "kid hitting stones with a barrel stave somewhere in Mississippi or Alabama or Texas or California" who will "one day hit 750 home runs and topple" Hank Aaron.

Although I doubt he ever used a barrel stave to hit a stone, in 1974, nine-year old Barry Bonds did in fact live in California. It is doubtful that Bonds will receive his letter from Murray however, as the esteemed LA Times columnist passed away in 1998.

Page 102 - As was the times, there was quite a bit of racial tension in Aaron's pursuit of Ruth. Through this adversity, Stanton often compares Aaron to his idol, Jackie Robinson. On page 102, Stanton quotes Aaron summarizing the additional pressure race had on his athletic achievement. "I think every black person is prepared to deal with pressure because they are born under adversity, and they live under pressure every day of their lives," Aaron said. "They know damn well that they've got to go out and do better than the average person in order to keep their job."

In February 2005, Bonds said something very similar. In addressing his own pursuit of the Babe, Bonds said, "I'm black. Blacks, we go through a little more. ... I'm not a racist though, but I live in the real world. I'm fine with that." Either Bonds purposefully channeled Aaron as to deflect any steroid-related pressure (which I find very unlikely) or without a doubt race is still a factor. Perhaps Bonds too is receiving racist hate mail. Imagine that, a black man receiving racist hate mail for breaking a record held by another black man. I wonder if any reporters have bothered asking Bonds about his mail, or are they so enamored with their steroid witch hunt?

Page 122 - Stanton writes in depth about then-Commissioner Bowie Kuhn and his willful absence as Hammerin' Hank became the second player in baseball history to hit 700 home runs. Although Kuhn tried to play the incident off, he did attend when Aaron tied Ruth's record.

In my opinion, Bud Selig should "man-up" and honor Bonds for his achievements. Let history and the law judge Bonds when they get around to it. Events like this happen once in a lifetime. Selig shouldn't become more of a story than he already is in the Bonds saga. As Kuhn is quoted as saying, "I want to lead the baseball celebration when (Aaron) hits 714 and 715". Selig should say the same about Bonds' 756th.

Page 142 - According to Stanton, Aaron's 708th home run ball was sold immediately after it was hit for a whopping total of $70. Compare that to the millions Bonds' home run balls fetch on the market. Inflation is out of control.

Page 145 - On September 17th, 1973, 1,362 fans attended Atlanta-Fulton County Stadium to watch Hank Aaron as he neared Ruth. Stanton describes the outrage from much of the sports media at Atlanta fans for "not caring enough" to see Aaron's chase for the record.

If you took every home run ball hit by Hank Aaron and Babe Ruth and handed one of each to each of the 1,362 fans, you would still have over 100 baseballs left over. That's pathetic. And I honestly thought the general malaise of Atlanta fans was due to the 90's Braves making the playoffs on an almost routine basis.

Page 194 - In discussing Bowie Kuhn's 1974 early-season edict that Aaron must play away games and cannot be held on the bench until the Braves returned to Atlanta, Stanton mentions the input of Dick Young, a famous (nee infamous) New York Daily News columnist. During the Aaron-Young feud, Young sided with Kuhn, stating the Braves were destroying the integrity of the game by not playing their star outfielder on the road.

Personally, I never read a column of Dick Young. He was before my time. That said however, he is probably my least favorite sports columnist of all-time. First, as mentioned, was his opinion on the Hank Aaron-Bowie Kuhn feud, and his blatant support of Kuhn, then, in 1977, Young was responsible for the darkest day in Mets' history - the day they traded Tom Seaver. I don't care if in the 70s Young also ghostwrote every Cheech and Chong movie and penned the lyrics to Led Zeppelin's entire catalog, in my opinion, he was a schmuck.

In conclusion, as I stated in the introduction, I really enjoyed "Hank Aaron and the Home Run that Changed America". Highly recommended.
Posted by Jordi at 2:18 AM No comments: