The Walker Brothers: The Forgotten Pioneers of Baseball 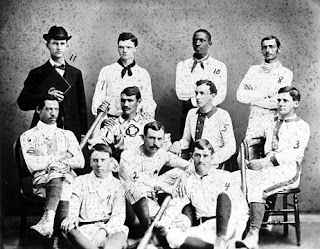 There is no doubt as to the importance of April 15th, 1947 in both the world of sports and American society. The day Jackie Robinson first took the field for the Brooklyn Dodgers changed not only baseball but every aspect of life in America. In my opinion, the Civil Rights Movement of the 1950s and 60s started with Jackie Robinson.

Although Jackie Robinson might have been the most famous pioneer in baseball, and perhaps the most important, he was not first. As baseball and America turns its thoughts to Robinson's noble crusade, and rightfully so, The Serious Tip would like to take a moment to honor two men who more than 50 years before Robinson faced the hate of racism and were among the first to feel the barrier of bigotry.

Born in Ohio in 1856, Moses Fleetwood Walker was taught how to play baseball by his local Civil War veterans. Walker took to the sport quickly and was on Oberlin College's first baseball team. After two years at Oberlin, Walker transferred to the University of Michigan with his brother Welday Wilberforce Walker. After a year at Michigan, Moses Walker floated from minor league team to minor league team before finally getting a shot with the Toledo Blue Stockings of the Northwestern League in 1883. After a successful '83 season, the Blue Stockings changed affiliations to the American Association, one of the two major league competitors to the National League. By joining the American Association, Toledo made Moses Fleetwood Walker the first African-American to play baseball in a major league.

Hated by both the opposition and his own teammates, Moses Walker took punishment after punishment throughout the season and often played hurt. Although he hit 23 points over the league average in 1884, Walker was released by Toledo, who had opted to follow the new American Association rule of minority exclusion. With the National League already banning people of color from employment, Moses Fleetwood Walker was exiled from major league baseball.

Still wanting to play baseball, however, Walker joined teams in the Western League, the Eastern League, and the International League, occasionally competing against and even besting major league competition. After his baseball career ended, Walker published Our Home Colony, a call for African-Americans to return to Africa as a solution for American prejudice.

Although once a professional baseball player and a published author, Walker became an alcoholic towards the end of his life and died May 11, 1924. He is remembered in Union Cemetery in Steubenville, Ohio. 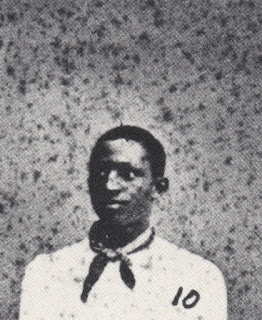 Brother of Moses Fleetwood Walker, Welday Walker followed his more famous sibling on many teams, from Oberlin College to the Toledo Blue Stockings. According to The Forgotten Leagues.com, "when the Toledo team of the American Association found itself shorthanded in the outfield due to injuries, (Welday Walker) joined (Moses Fleetwood Walker) on the ballclub, making him the second black player ever with a major-league team."

Welday Walker would only appear in five games for Toledo in 1884, batting .222 with two runs batted in. Like Moses, Welday would become a baseball vagabond after the American Association instituted its "color barrier." Walker would eventually play for Akron of the Ohio State League and Cleveland of the Western League before finishing his career in 1887 with the Pittsburgh Keystones, one of the eight original teams of the League of Colored Baseball Clubs.

After he and his brother were excluded, Welday Walker never again saw an African-American play major league baseball. He died November 23, 1937, barely 10 years before Jackie Robinson would make his Brooklyn Dodgers debut.

For more on the Walker brothers and the many other great ballplayers who never reached the pinnacle of their profession due to the ignorance of racism, see A Complete History of the Negro Leagues: 1884 to 1955 by Mark Ribowsky. Other quality books that touch on the struggle of African-Americans in baseball include Great Time Coming: The Life of Jackie Robinson from Baseball to Birmingham by David Falkner and I Was Right On Time by Buck O'Neil.
Posted by Jordi at 12:09 AM No comments: 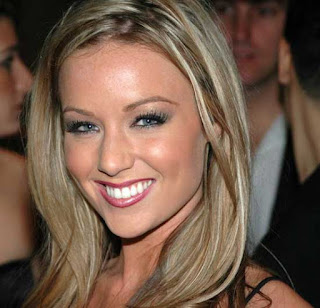 The Serious Tip: So Kayden, how have you been?

Kayden Kross: Awesome, thanks. How are you?

TST: Not bad at all. I read on your myspace page that you recently moved to San Diego, how did the move go? Are you enjoying it so far?

KK: The move went really well but took a long time. I love San Diego. There is no place like it.

TST: Why did you move?

KK: I moved down here because the weather is great year round, which gives me more days to play with my horses and is generally just convenient. One of my good friends lives down here too.

TST: Do you enjoy what you do? Why? What is the best thing about it?

KK: I absolutely love what I do. The best part of the job is the b/g (ed note: boy/ girl) scenes. I really look forward to work.

TST: What, if any, are the biggest inconveniences of being in your profession? Can you still live a "normal" life? For example, can you still go grocery shopping? Still go to the mall? Or do people recognize you and try to say hello, get your autograph, etc?

KK: I haven't been recognized too many times. That's never been a problem and I don't think it ever will be. The biggest inconvenience is living in one city and working in the other.

TST: How is the social life of someone in the adult industry different from a "normal" person? Do folks in the industry keep to themselves socially?

KK: People in the industry are generally very close and supportive of one another. That was one thing that really drew me to it. It's not like a strip club where the girls are catty or downright evil. I think the only thing that's different is the amount of people we end up meeting and interacting with.

TST: Do you date? Has your dating life changed since you started in adult entertainment? Are you more cautious? More inhibited?

KK: I date casually. The only thing I have to do is be sure that the person I'm dating is comfortable with what I do. I think I'm less inhibited every day.

TST: What type of guy piques your interest?

KK: I have a soft spot for intelligence. I like business men mostly. I love a guy in a suit.

TST: Has your opinion of the male species as a whole changed since you started in the adult business?

KK: I have a much better opinion of guys now than I had when I danced.

TST: Is there anything a guy absolutely must have for you to be in a relationship with him?

KK: He must be self-disciplined and self-sufficient.

KK: Just boobs. Boobs are exotic when they are hanging in your face.

TST: Funniest thing that ever happened to you on stage? 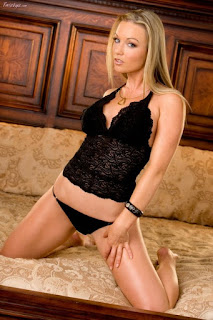 TST: A guy walks into a strip club by himself. Do you ever ask yourself why is he there by himself? Is that considered weird at all? (Not that I have ever done that. Nope. Never.)

KK: I prefer guys by themselves. In fact, I would never approach guys in groups because they are all showing off for each other and it's much harder to get them away from their friends for long periods of time.

TST: So is the goal to make Kayden Kross as recognizable as Jenna Jameson?

KK: If that happens I'll be thrilled.

TST: Do you have role models in the industry? Who?

TST: In our correspondence leading up to this interview, you were very adamant about not being portrayed as a bimbo. I read you are in college. In the business you are in, one might think that to be an anomaly. Why is maintaining your intellect so important to you?

KK: I think not being a bimbo will definitely shut me out from some of the market, but on the other hand I'm picking up a different corner of the market because there are guys who are really turned on by intelligence. When I worked in the strip club I made most of my money off of it.

TST: A few quick lighthearted questions before I wrap up:

TST: Five people you would want at a dinner discussion (past or present)?

KK: Ayn Rand. Four more people at the table ... I would want one of my old philosophy professors, Allen Ginsberg, Toni Morrison, and Pascal. I think the conversation would be interesting.

TST: Worst movie you ever paid to see in the theater?

TST: Where was the best place you have ever visited?

TST: If you could trade places with anyone for a day, who would it be?

TST: Type of food you can't live without.

I'd like to thank Kayden for taking the time to do this interview. And Kayden, if you are ever in Tampa, perhaps for the Nightmoves Adult Entertainment Awards in October, let me know, sushi lunch is on me.
Posted by Jordi at 12:04 AM No comments:

Email ThisBlogThis!Share to TwitterShare to FacebookShare to Pinterest
Labels: Interviews

If what you say is true, the Shaq Fu could be dangerous

Has it really been 13 years in since Shaq dominated the Earth? Growing up in Central Florida, I remember having a Shaq Orlando Magic jersey and a Shaq 32 hat. Supercalifragelistic, Shaq was alidocious. Was that really thirteen years ago? Wow, I am gettin' old.

Anyway, tonight, as Shaq and his Miami Heat battle the Cleveland Cavaliers on the court, there works an underground movement determined to minimize Shaq's decade of mega multi-media influence off the court. This movement, named the Shaq Fu Liberation Front, has set its objective on ridding the world of Shaq's 1994 "Shaq Fu" video game. As we speak, these dedicated warriors are scouring the land one used video game store at a time buying one game at a time in an attempt to eliminate Shaq Fu from our social conscience.

Besides the fact that Shaq Fu is ranked as one of the worst video games of all-time, the soldiers of the Shaq Fu Liberation Front believe the game is inherently evil and only through its elimination can the world finally be at peace. Throughout their web site they display the proper techniques and methods needed to help in the struggle against Shaq Fu. For these distinguished warriors of commitment, the battle will not end until the physical presence and memory of Shaq Fu is destroyed.

Should we believe them? Can we afford not to?
Posted by Jordi at 2:30 AM No comments: