Thoughts on the FSU Library shooting

I've been to some shitty places in the world.

I've also been to some absolutely great places.

I count Florida State University as one of the better places I have ever been. At FSU, I grew academically and personally. My time at FSU greatly influenced the person I am today. I can think of no other university I would rather be an alumnus of.

So it was with great shock that I read tweets and reports of a shooting on the FSU campus just past midnight on November 20th. My first reaction was to immediately compare the rapid fire tweets of Adam Weinstein and others to the tweets of Mustafa Kazemi, an Afghan journalist I followed closely during my time in his country. One night in particular, Kazemi tweeted about a hotel siege against the Taliban where he narrowly ducked incoming fire. I remember hanging on to each update, eager to know the outcome.

Never in my wildest dreams would I think tweets from FSU would bring the same feelings. I didn't see that coming. At all.

Of course, no one can ever see a shooting coming. That is the nature of its evil. Shootings are random, usually senseless, and always tragic. After the storm of tweets and reports, I thought about another location near and dear to me recently marred by violence. In 2009, US Army Major Nadik Hassan opened fire in the Fort Hood Soldier Readiness Center, killing 13 and wounding 30. The Readiness Center was located across the street from my former unit headquarters. When I was stationed at Fort Hood, before my time at FSU, the Readiness Center was a sports bar and I spent many evenings there watching games and enjoying the company of friends.

Just like I spent many evenings and mornings, afternoons, and late nights in Strozier Library.

One of concepts I grew to appreciate in Afghanistan was the meaning of "inshallah", an Arabic term for "God willing". It is a humbling term, used for when you have little control of a situation and place the outcome in God's hands. If it is in God's will for something to happen, it will happen. If it is in God's will for you to have control, then it is. If not, than it is not.

When living in a society marred by tragedy and terrorist attacks, inshallah becomes a way of life. If it is in God's will, you will see another day. God willing, your family, friends, country, and the world will be at peace. But if not, that is God's will as well.

God willing, students across the world can study and envelop themselves in academia without fear. God willing, noone with a lunatic agenda, a counter-culture bend, or even a broken heart disrupts the peaceful quest for knowledge. We hope this not only for students in America but also for students such as Malala Yousafzai, the young Pakistani girl shot in the face by an extremist because he disagreed with her desire to be educated.

Malala persevered and so will Florida State University, as have Northern Illinois University (2008), Virginia Tech (2007), University of Iowa (1991), University of Texas (1966), and the many other universities scarred by senseless gun violence.

Among my concerns now is that the Florida State University family treat this incident with care. Of course, there will be security precautions and awareness of copycat attacks. Although initial reports are that this was an isolated incident, security will be high during upcoming football games and other significant gatherings. That is to be expected, although I hope when the storm passes they return to their normal levels of concern and not maintain a hyper-security state based on one random incident.

Another concern I have is with how the university handles the grieving process. Florida State University is very big on its affiliation with and support of the Seminole Indian Tribe. The university has embraced the "Unconquered" theme as a way to acknowledge the Seminole Tribe's ability to fight off US Government oppression during the Seminole Wars. Those wars, which occurred between 1816 and 1858, reduced the Seminole population in Florida from the thousands to a few hundred. Most Seminole Tribe members were massacred or forced to migrate to Oklahoma. Only a handful scattered throughout the swampland of South Florida were able to withstand the constant US military invasion. Those few were the "unconquered".

To compare a school shooting to the suffering the Seminole Tribe had to endure for over a generation is not a good idea at all. While what happened to the student body on November 20th is tragic, and we do need to be there for each other, it pales in comparison to the struggle of the Seminole Tribe. Florida State University should avoid using Seminole imagery and terms to unify its student body after the violence at Strozier Library. Doing so would only belittle the meaning of these symbols.

Despite these concerns, my heart goes out to those affected by the Strozier Library shooting. I hope those hurt recover and those seeking knowledge are again able to enjoy their quest as peacefully as I did during my great time at Florida State University.

Inshallah.
Posted by Jordi at 8:31 AM No comments:

Gargoyle and the AfroSquad Wrestling Promo

While perusing the vast illustrious digital video depot known as YouTube, I found an old wrestling promo video I was a part of. This video was filmed in early 2011 when I was frequently attending All-Star Wrestling in Tampa. On this particular Friday evening, the regular crowd was joined by pro wrestling superfan "The Gargoyle", who had traveled from the Florida Panhandle to check out the Tampa wrestling scene.

Being a bit of a character myself, with my 3-foot afro, The Gargoyle and I clicked immediately. We clicked so well, we knew we had to shoot a wrestling style promo outside of the venue. Joining us was wrestler Colby Godwin, aka BTY.

I don't go to as many wrestling shows as I used to, but these were fun times.

Poem about a painful job search 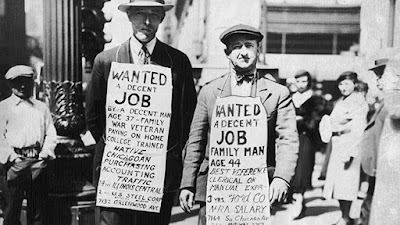 A brief word on my struggle to find employment.

They say don't get attached.
But how can you not when it has been so long?
And you have dreams deferred for years.

They say don't let emotions get in the way of your hustle.
But every rejection letter hurts.
Every soulless notice sent from a faceless email address.

They say don't hate the human behind the resources.
But the pie is shared inside.
And you are on the outside looking in.

They say don't take it out on anyone.
It's the process, the machine, the system.
But you want to throw baseballs at lockers like Ricky Vaughn.

I want you to tell me all this grind is worth the effort.
That my dream will overcome the American Reality.
And if you can't, then proving you wrong is what keeps me hungry.

Meantime, I tinker, building my Deloran with the future in mind.
Even if you have me looped back to the past.
Withholding plutonium until I make it work on banana peels and trash.

There is no notice from 1985 to save me from the shots.
Consider this my shot fired for the shots taken.
To the chest, to the wallet, and to the confidence.

I'll take another shot and strike up another conversation.
Maybe she's the one I can build a home with.
I'd rather be a last dance than a last resort.

In a weird way, there is comfort in the pain.
Not sure how I would react if I got it all tomorrow.
The whole pie, the whole enchilada, the whole world.

You don't have to give everything to me yet.
I just want something to help me seize the dreams.
I just don't want my hands to be empty anymore.
Posted by Jordi at 9:05 AM No comments: