The History of Hey Joe 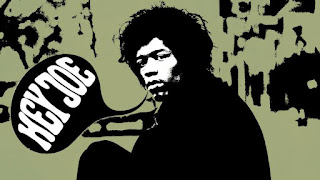 Over at Financial Times, writer Ian Gittins wrote an awesome history of the classic rock song "Hey Joe". Made famous by Jimi Hendrix, "Hey Joe" was actually sung by a few bands prior to Jimi making it his own.

After Jimi, a few more bands tried to rock "Hey Joe", but they paled in comparison to Jimi's version.

Check out the history of "Hey Joe" here:

And another great history of the song by Noel Murray at AV/Music:

No Grassroots in the Desert 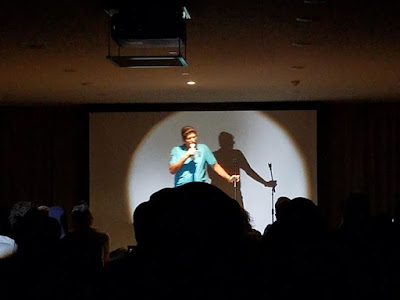 For most of 2018 I lived in Doha, Qatar. Life in Doha was an amazing experience, full of cultural and culinary exploration. Doha is a beautiful city and a melting pot of various cultures and people.

But something was missing. Despite the beautiful skyline, expansive malls, and elaborate museums, sometimes Doha seemed fake, manufactured, and prefabricated, especially in entertainment. In my 9 months there, I only twice saw signs of an underground scene. I don't mean a subway, metro, or tube - Doha is building an extensive underground metro that will connect the city and possibly reduce traffic. What I am talking about is local entertainment. Especially entertainment that takes a stand and talks about struggle.

Like most Arabic cultures, Doha imports a lot of entertainment. There are DJs, dance clubs, and top 40 radio stations. International performers are brought in for concerts and performances.

EDM doesn't talk about the struggle. Top 40 rarely talks about the struggle - often quite the opposite. Very few English-speaking songs played in Qatar talk about the plight of the working class, although I was surprised one morning when the English Qatar National Radio played Dolly Parton's "9 to 5", a song about a woman's grind in the labor force that contains lyrics such as "It's a rich man's game / No matter what they call it / And you spend your life / Putting money in his wallet."

The closest I found to underground, anti-establishment entertainment was a local comedy show where comics poked fun at Qatari culture and a local rock concert. Both of these occurred in international hotels, where non-Qataris can congregate and enjoy alcohol and other things forbidden under Sharia Law. Of the two events, the rock concert was the most counter-culture, especially when a group of Filipinos covered songs from Rage Against the Machine. I did not expect that at all and I wonder if their selection was noticed by management.

While popular Qatari entertainment avoids stories of the lower class, many laborers in Qatar live in squalor, in poor neglected ghettos where men are packed in until their multi-year labor contracts expire. Amnesty International and other watchdogs occasionally publish reports on the conditions of immigrant workers and are usually the only outlets that broadcast their stories.

I would be very curious to know how many of the immigrant workers in Qatar's Industrial Zones are musically inclined. I wonder how many have instruments. Are they singing about their plight? Are they composing rap songs or poetry describing their conditions? It will be interesting to hear if Qatar's new Asian-speaking radio stations play any songs of struggle.

Coming from America, I found the lack of struggle in popular entertainment in Qatar very odd. American music is often full of struggle, from folk to punk to blues to hip-hop. For the first 100 years of American commercial broadcast, the struggle sold. It was music people could identify with, as America is a land of overcoming odds, rolling sleeves up, and the pursuing happiness.

Singing about struggle is an American tradition. According to an article by the US Library of Congress, 19th century Chinese migrant workers who worked on the US railroad sang songs about their experiences. As well, African slave music in the US has been well documented and is the foundation of much of America's current popular music.

Perhaps Qatar doesn't want people to hear the plight of workers or the lower class. Perhaps the government - specifically the Cultural Ministry - only wants people to see a crown jewel of the Middle East. They want Qatar to shine. Perhaps the powers that be in Qatar are scared that if enough people hear songs about the lower class, they will grow apathetic to their plight, or there may even be social change. Monarchies don't like social change unless they can control it.

That's why there is no underground in the desert. Because the underground has the potential to rise, and when it does, it often conflicts with power.
Posted by Jordi at 9:36 PM No comments: