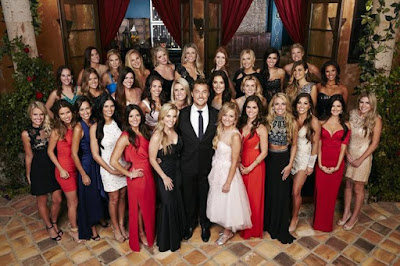 I am not a frequent reality show watcher. Earlier this year, however, I decided to watch The Bachelor for the first time. Although my initial idea was to understand the rules of the show and submit my own application to assist my social life, I soon realized lessons from the show would not really help in dating – but they could help in the job hunt.

With the latest season of The Bachelorette continuing to attract viewers, here are the six most important job hunt lessons I learned from The Bachelor.

1) Know What You Want

In almost every show, Chris Soules, the most recent bachelor, reminded contestants that he was on the show to find a wife and someone to spend the rest of his life with. He was not there to find a fling, a friend, or a party partner. Like Chris, job seekers should also begin their quest by knowing what they want.

That isn’t to say job seekers should focus only on their dream job and no other position. But they should have a general idea what they are looking for. Are they looking for part-time or full-time? Do they want to stay local or are they open to move? Would they want to work for a small business or do they have their eyes set on a big corporation?

All of this is important and takes consideration prior to perusing possible openings. Not knowing could lead to wasted time for both the job seeker and the companies they apply to. And if the courtship does consummate, a bad fit could lead to quick break-up.

Of course, for some people this is easy. Some people know from childhood what they want to be when they grow up, whether a doctor, a lawyer, a fireman, a soldier, or a policeman. They jump on that career path and ride it until retirement.

But most people take a lot longer to settle, deliberating through college and years beyond. When in the job hunt, however, deliberation is almost as bad as paralysis. The more job seekers know about themselves and what might make them happy, the easier it is to focus on potential matches.

While a majority of the broadcasts focused on the bachelor and his dates, every episode featured the subplot of the remaining candidates in their mansion, hotel, tent, or wherever the episode took them. Despite competing for one man, many of the ladies on the show formed friendships and groups they relied on for support.

As with any collection of people, there were some who did not get along with the group. Some would even lie and attempt to make their “competition” look bad in the eyes of the bachelor. This behavior would continue for a few episodes, but eventually the bachelor would discover the inner turmoil in the group. When scheming behavior was revealed, the bachelor would question the contestant’s honesty and integrity, and usually quickly eliminate them.

The same could be said for job seekers. When looking for a job, job seekers should be genuine. Finding a job often takes networking, and hiring managers hire people they like. Even in the largest cities, people know people. A person who acts like a jerk might get their first job, but their attitude could cost them in the long run. Like the contestants on The Bachelor, it is not enough to win over one recruiter or one manager, a good job seeker should be genuine and honest with everyone. Reputations precede and word travels fast.

Throughout the early episodes, contestants clamored for individual dates with the bachelor. With eliminations at the end of each episode, the ladies knew the best way to continue to the next week was to make a good impression. No matter how beautiful, smart, funny, or intelligent, if a contestant couldn’t connect emotionally, she would eventually lose ground to someone who did. Much of the drama, intrigue, and strategy of the early episodes occurred when candidates did whatever they could to spend individual time with the bachelor, even it meant interrupting each other’s one-on-one opportunities.

While job seekers don’t have to worry about other candidates walking in and stealing hiring managers during their interview, getting one-on-one time is important. Job applicants start as The Bachelor contestants did, with their resumes taking the place of dresses and smiles. But as each round of screening occurs, even the most beautiful resumes are eliminated if they fail to make a connection.

Job applicants do have an advantage on The Bachelor contestants. Job seekers can make connections before the selection or screening begins by establishing contact with recruiters and hiring managers before their “official” one-on-one time.

As The Bachelor contestants advanced further in the show, their emotional attachment to the bachelor increased. Contestants in the final episodes had one-on-one time and felt connections through laughter, discussion, and commonalities. When these contestants were eliminated from the show, the audience often saw their tears of disappointment. One contestant lamented how she had several bad dating experiences in her past and rejection by the bachelor was a sign she would never find a happy relationship.

Audiences often feel sympathetic for these candidates. Many are attractive, intelligent, and have good personalities. Unfortunately, they found out they were a bad fit for the opening they applied to. Being rejected then became a blow to their self-confidence.

Job seekers often go through the same emotions, especially after they find an opening they like, have the one-on-one interview, and from their perspective, are the best candidate for the position. Like the contestants, job seekers get emotionally attached to an opening and may even “fall” for it as one would fall in love. Then, when rejected, job seekers feel the same “heartbreak”. Some might even feel no one will hire them ever.

In both cases, applicants let their short-term disappointment cloud their long-term vision. Although the heart and self-confidence do need time to mend, giving up is never an option. Job seekers and rejected bachelor candidates need to remember not every job opening or potential mate has been taken and the perfect opportunity may be a day away.

With limited one-on-one time, contestants on The Bachelor often jumped to conclusions or engaged in overthinking. During every episode, the cameras showed them trying to make sense of their standing, impressions, and chances of success. They questioned what they said, how they said it, and whether they did too much or not enough. Even the most outwardly confident contestants showed insecurity. Some even admitted that when it came to the decisions of another human being, the process was out of their control.

The same overthinking occurs in the job hunt. Hiring managers operate on their own schedule and sometimes don’t call back for weeks. Sometimes job openings are closed without warning or never intended to hire in the first place. Meanwhile, job seekers, not knowing the process or mindset of those hiring for the position, hang on every message like doting teenagers waiting for a crush’s call.

Eventually, the bachelor must make a decision. He dated many of the contestants, eliminated those who were not a good fit, and is left with a select few he could see himself with. He has to either make his choice or reject the remaining the contestants and begin another search off-air.

In this last season of The Bachelor, Chris Soules had to choose between a woman he matched well with or a woman he thought he matched great with but who was not ready to commit. The final episode followed Chris as sought opinions from friends and family, talked to his parents, and thought out his decision. In the end, he went with the decent match, eliminating the better potential match because she wasn’t ready, despite the fact that she might have been the better long term mate.

Although not a lifetime commitment, any decision can be stressful a job seeker. Job seekers often have to decide whether to take the first job offer or wait for a job that might be a better fit. They have to balance their financial needs with their career goals. While most times a job is better than no job, sometimes an offer is not the right match.

What job seekers should never do, however, is wait for the “perfect job”. Waiting for better is acceptable, but more often than not, “perfect” never is and “perfect” never arrives.

When I first tuned in to The Bachelor last season, I did so to take a break from the job hunt. Perhaps my mind was still in job seeking mode, but I never thought I would learn so much about looking for employment from a television show about 30 single women and one eligible guy.

(This post was originally published on LinkedIn: Six Job Hunt Lessons Learned From The Bachelor.)