Mooch Brown, real hip hop, and how not to treat prospective fans 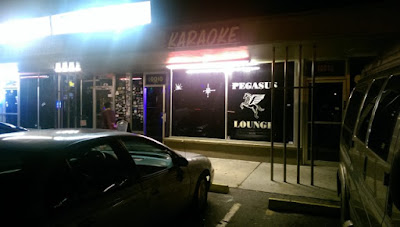 Performers, read this if you like. Ignore it if you want. I'm just a fan who enjoys music, has written about it a bit, and has been to more shows, both national and local, than I can count.

Two things at live music events annoy me to no end:
I can't stop fans from holding up their phones, as much as I would love to. But my aversion to pre-recorded lyrics led me to an unfortunate exchange with a local Tampa DJ/performer.

Last Saturday, I went to Mooch Brown's Hip Hop Saturdays at Pegasus Lounge in Tampa. This is a small venue showcasing local acts. It's not Madison Square Garden and Jay-Z. This is the grassroots of hip-hop. I've been to plenty of these type of shows and know many hip-hop artists who perform at this level.

Mooch Brown's show failed to meet even these grassroots expectations.

While at the show, I tweeted some disappointment.

I feel bad for the small crowd here. Open mic rappers trying to do too much and it sounds really rough, to be nice. Work on basics first.
— @JordiScrubbings September 28, 2014

Finally, I looked at Mooch Brown, the DJ and host, to raise the level of the acts.

I blame DJs for allowing rappers to take the stage without basic skills. The gatekeepers have left the gate swinging wide open. #hiphop
— @JordiScrubbings September 28, 2014


Fair? I think so. I spent $7 and I wasn't happy. Too many artists getting on stage rapping to songs with their own lyrics. Artists even let the recording rap the verses while they only shouted the last few words of their lines and hyped their songs. They turned their back on the audience, mumbled, and leaned on one-dimensional tropes such as "hustlin'", "grindin'", and "bitches and hoes". Not to mention way too much "nigga".

I understand beginning artists may use basic subject matter while they work on their stage presence. They may resort to basic rhymes in their first-ever songs. Ok. But there still needs to be evidence of hard work.

The only redeeming act in the show was a soul/R&B group who performed with live instruments. While the sounds was a bit off - acoustics or equipment, perhaps - they were cohesive and talented. They looked like they took pride in their craft. And most important, they were entertaining.

Following the live act, Mooch Brown played a mix of songs. The band cleared the stage, and they and their fans left, leaving Pegasus Lounge nearly empty.

20 minutes later, Mooch Brown still played his own DJ mix. Meanwhile, there were still at least two remaining local artists hoping to get on stage. Then Mooch did something I have never seen a DJ do: he played his own songs, ran to the stage, and rhymed over his lyrics. He did this for at least three songs. At nearly 2AM. For the 10 people left at Pegasus Lounge.

A little after 2AM, one of the remaining artists left, convinced they weren't going on stage. I left shortly thereafter. When I made it home, I dropped a final tweet.


#hiphopsaturdays was ok until it turned into @moochbrown 's personal karaoke. Artists hoping to perform left. So did the crowd. Sad.
— @JordiScrubbings September 28, 2014

The show was not $7 well-spent.

The next morning, I awoke to a response from Mooch Brown.


@JordiScrubbings Your bottle cap glasses must distort your vision often. Only thing that's sad is that beard you got. Trim that asap please.
— Mooch Brown (@moochbrown) September 28, 2014

A personal attack to a paying customer after I critiqued his show. Classy.

Mooch Brown also decided to criticize me, hiding behind the "real hip hop" cliche, saying I had no idea what I was talking about.

People who do reviews on hip hop don't have a clue on what real hip hop is. That's what's wrong with this "industry" now.
— Mooch Brown (@moochbrown) September 28, 2014


What I tweeted wasn't a review, again as a paying customer, it was observations. But instead of fighting, I asked for Mooch Brown's insight, because if I didn't know what I was talking about, maybe he could help me understand.

@moochbrown subtweet me instead of discussing. Cute. Why dont you tell me what "real hiphop" is then?
— @JordiScrubbings September 28, 2014

Then I followed Mooch Brown on twitter. Perhaps if he would not directly engage a prospective fan, maybe somewhere along the way, he would provide me insight as to what his thoughts are on "real hip hop". Maybe I missed something.

Today, Mooch Brown blocked me. Instead of engaging, he refused dialogue.

That's not how you win fans.

I would not recommend supporting Mooch Brown's music and shows if that is how he treats people. I know I won't be at any more of his performances. Nor will I be at any show he is booked on. 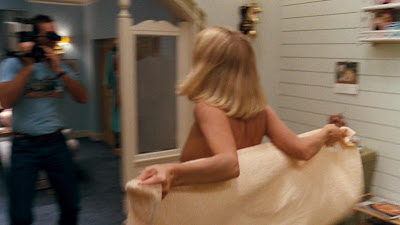 In 1985, Clark Griswold and his family traveled to Europe. While in London, Clark mischievously recorded his wife getting out of the shower. Ellen then did a seductive dance for her husband and the two commenced in intimate moments while the camera recorded. A few days later, while the family was in Paris, their camera was stolen.

Several days after the theft, Ellen saw a picture of herself during the recorded moments in an advertisement on the side of a bus. The advertisement was for an adult movie. As to be expected, she was embarrassed and angry at her husband for not erasing the material.

In the wake of the latest theft of celebrity intimate photos, is the above scenario still funny?

Also, who do you think is to blame - if anyone - in the above scenario?

Personally, I hate "blame". People get too busy blaming and pointing fingers, and not fixing problems. What's done is done. After the incident occurs, the next step is to make sure it doesn't happen again. In the Griswold case, that might mean Clark is never able to operate the camera again. Or they don't make intimate videos again. Or they never hand their camera to strangers again. Or they ensure the thief is prosecuted to the utmost extent of the law, intimidating potential thieves. Or they could start a campaign trying to change the voyeur culture. Either way, effective countermeasures may be taken. 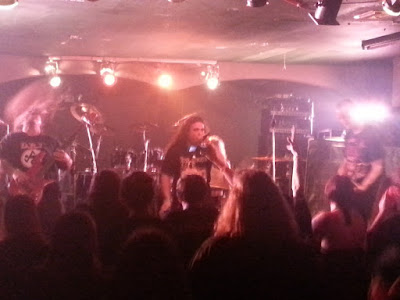 A few weeks ago, the Tampa Bay Times (who I have written for) published an "Ultimate Bar Guide" for the Tampa Bay area. One of the sections they divided bars into was the best places in Tampa Bay to see live music. Their list:

I've never been to three of their six venues and probably should go, as the TBT crew are well-versed in their area music and their recommendations are probably pretty good.

Here is my list of best music venues in Tampa Bay. It is slightly different.


Places I need to go to that could make the list: 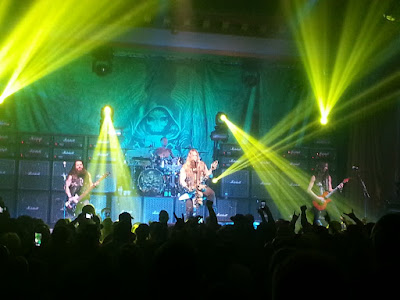