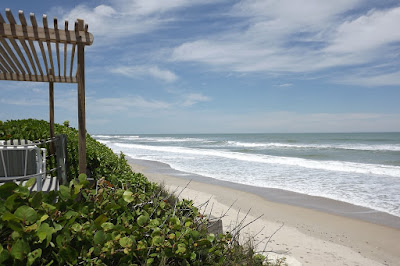 
Well, the adventure is over. I safely returned from Afghanistan on May 2nd, 2013, 413 days after I departed on my great journey. I am glad to say the Afghanistan chapter of my life is closed, as far as I can tell, and I am beginning another new and exciting chapter.


413 days is a long time. There were of course good days and bad days, and some better than others. But most days were just work days, plugging along in a mission I hope improved a nation that ranked at the bottom of every feasible list of attributes in 2000. In 12 years, the world has done a lot of work to fix Afghanistan, and I am glad I played a role. As a co-worker once said, “The days go by slow, but the months pile up quickly.”


On a personal level, I am glad to be home. It was an arduous trip, as most journeys across the world are. 18 hours in an airplane is never easy, especially when you are on a one-way trip from a nation known for terrorism to the United States sporting a beard that is almost a foot long. And yes, I was stopped by the powers that be. I was searched by security in London during a layover and then hassled by a customs agent in Miami. It was an interesting exchange that went something like this:


Customs Agent: So where are you coming from?


Customs Agent: What were you doing over there?


Customs Agent: Was it secret work?


Me: You could say that.


Customs Agent: What agency did you work for?


Customs Agent: How long were you there?


Customs Agent: You can go.


Sure, I could have told him more, but after being awake through two nine-hour flights and an eight-hour layover in Dubai, I didn’t want to be bothered by some second-rate security guard in my home state.


Anyway, after I made it through the loving embrace of security and landed in Orlando, I was welcomed by my parents and little nephew. It was so good to see them. They had a balloon for me and everything. Although it wasn’t as emotional as surprising them in Washington DC in October, just seeing them again was so cool.


I spent my first week home in the Sea View Motel, a small, privately-owned, beautiful, quiet beach motel in Melbourne Beach, Florida, about 30 minutes from my parents and as far away from the world as I could be. Every night after dinner with my folks, I went back to the hotel, drank a beer or two, and relaxed to the sound to the waves. And I slept. A lot. I slept for over 10 hours twice and over 8 hours every day I was at the Sea View. It was the perfect place to relax, walk along the water, and forget Afghanistan. Highly recommended, and not just if you are returning from a warzone.


After checking out of the Sea View Motel, I returned to Tampa to complete some company paperwork and say hello to friends. Although I stopped by my workplace, I was definitely still in vacation mode. I met friends at a Tampa Bay Rays game, hung out in Tampa’s Ybor City, went to a rock concert, went to a comedy show at the Tampa Improv, and closed the week by seeing my brother do his pro wrestling thing. It was great going out and being social again, and so glad I could plan it all in the same week. It worked out perfect.


(Side note 1: I did a write up for the concert I went to for the Tampa Bay Times. It was published here:


(Side note 2: Before I left, I would see my brother do his pro wrestling thing every month. When I returned to boo him, so many people who work for the promotion and other wrestling fans welcomed me back. They asked me how I was and how my adventure was and they said it was great to have me back. That was heartwarming. So a big thanks to wXw Wrestling and the fine folks there.)


Following the second week of my “vacation”, I realized it was time to get back into the swing of things. Although I wasn’t back to top speed in regards to dealing with the fast paced American society, I was still eager to move on. Following a brief trip to New York this past weekend for a memorial service, that leads me to where I am now.


And now, as I close the book on the Afghanistan chapter and return to the American way of life, I am definitely excited to be back and to see what this new chapter has to offer.
Posted by Jordi at 2:35 AM No comments: 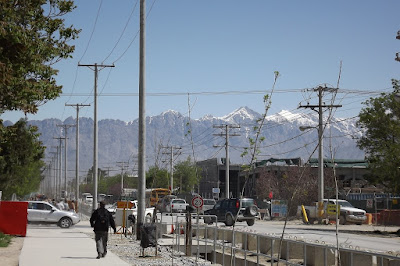 A few months ago, a friend asked me several questions about staying in touch while in Afghanistan. Since I am or was sort of a subject matter expert in that, I provided my thoughts and answers.

What are some of your biggest challenges with communicating back home?

Do you find yourself telling the same stories and updates to everyone and it drives you nuts telling it over and over?

What do guys who are deployed usually need from their family?

Items, encouragement, money, all of the above?

What is the biggest pain there when it comes to staying in touch back here?

Wow. Those are great questions. First, it depends on the base. Some headquarters bases are more linked up than others. I was in one near the city of Kabul that the web was pretty good. My current base is slower, much slower. Trying to download anything, for example, times out.

So that is a challenge. And I would assume more so in the more rural smaller bases. Otherwise, FB, gchat, and skype are usually the prime communication tools. Some people even have wifi on their iphones. It is amazing seeing people stay in touch. I hope that answers question 1.

In regards to question 2, I usually talk to so few people online via skype that I usually don't have to tell the same stories. The blog helps too. But sometimes it's ok telling the same thing over again. It means they are asking, which is better than them not, I guess. Some people have no clue what to ask people out here and that's usually more of a challenge.

Things most people get excited about is food, pictures, just things that remind them of home. Not sure how much is needed, outside of the emotional. This is the toughest mental thing I have ever done, personally. Not sure about the typical military folks, though.

Not much is a big pain when it comes to staying in touch, personally, outside of just being outside the rhythm of the people you care about. A year is tough as people go different ways. But other than that. Probably the connection itself.
Posted by Jordi at 1:45 AM No comments:

Life in Afghanistan coming to a CONEX near you 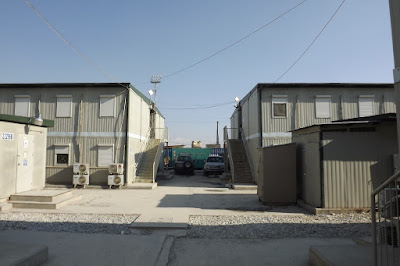 According to ABC News, CONEX living is being used in Detroit.

As you can see in the above picture, I lived in a container while I was in Afghanistan. I lived there for just short of seven months. Not the most comfortable place, but it's not bad. The only difference seems to be that while I had to go to an outside public bathroom, these Detroit container homes seem to have their own plumbing. 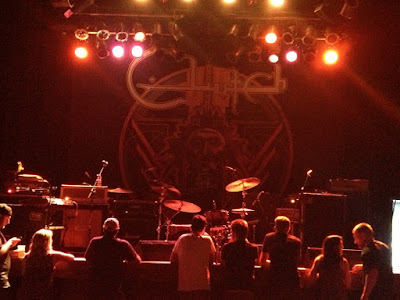 During my second week of joyous bacchanalia back in the United States, I attended a few extracurricular activities. I attended a Tampa Bay Rays game, a comedy open mic, a comedy performance by comedian Brian Posehn, and a rock concert by heavy metal band Clutch.

This was the second time I have seen Clutch in the Tampa Bay area, both at State Theater in St Petersburg. Last time, I wrote about the concert and some other hijinks on this blog. This time, I was able to write about it on the Tampa Bay Times website.

Analysis of the Battle of Hoth

In February, defense blogger Spencer Ackerman wrote a post dissecting the Battle of Hoth from Empire Strikes Back. Ackerman details all of Darth Vader's military mistakes, from the initial entry into the Hoth system to his allowance of letting Luke Skywalker escape. According to Ackerman, the entire battle was a debacle and "a classic fiasco of overconfidence and theology masquerading as military judgment — and the exact opposite of the Empire striking back."

The comments are priceless as well.

Have you even served with the Imperial forces? Sure it's easy to take potshots from your military blog in some no-name star system while the fleet and its legions fight the rebel insurgents, but combined space/air/ground operations are a lot messier than any infographic could ever portray.

Even with the Empire's full spectrum dominance of the battlespace, you can't just leverage fleet assets which are optimized for ship-to-ship combat into a large scale ground invasion force. A Star Destroyer might have more firepower than the entire militaries of less advanced worlds but you still need a proper ground assault ship to support infantry landings.

Unfortunately, the do-nothing blowhards in Coruscant couldn't get funding for the promising alternative designs from Sienar Fleet Systems and we ended up (as usual) with Kuat Drive Yards' overpriced, overdue, and underperforming AT-AT mess.

The bottom line is that Vader is still as impulsive as he was before he donned the get-up of a Dark Lord of the Sith. He doesn't trust those with years of military service and leads based on emotion, not strategy.

Shortly after, Ackerman hosted a forum to responses from other military bloggers. Many of these bloggers disagreed with Ackerman and pointed to the Empire's other military losses as bigger or more pivotal. Only one pointed out Vader and the Emperor had different goals by invading Hoth: the Emperor wanted to squash the Rebellion and Vader wanted to capture Luke. This is an interesting perspective. And I am not sure I agree.

Perhaps the Emperor didn't mind the failure and wanted Vader to drive the Rebels about. Maybe the entire outcome of A New Hope and Empire Strikes Back were the design of the Emperor as the entire Sith-Jedi conflict. As he says "Everything is going as I have seen it.". Maybe the Sith Lord wanted to Luke to find Yoda for him as the Emperor hadn't weeded out the little green Jedi since the end of the Clone Wars.

By orchestrating the invasion of Hoth, perhaps the Emperor really wanted to bring out Yoda from Dagobah and lure him to Coruscant where he could finish business with the Jedi Master and steal his apprentice. Then he could kill off Vader, and Luke and the Emperor could rule the galaxy as "rule of two" Sith Lords.

Of course, I've done all of this rabbit-hole analysis before and ended at the same point.

(Picture from the Graphic Firing Table blog.)
Posted by Jordi at 2:25 PM No comments: