I was finally able to record my stand-up comedy act. Here I am at the Winner's Circle in Lakeland, Florida this past Friday. I opened for fellow comic Eric Prae and headliner Artie Fletcher.

I want to thank my Mom for recording this! Ha ha!
Posted by Jordi at 1:21 PM No comments:

Over the last few days, a lot of people have brought up the comic value of The Situation's bit on Comedy Central's Roast of Donald Trump. And unfortunately for The Situation, not for the right reasons. The Situation was bad. Very, very, very bad.

For those who haven't seen it, here it is:

What I want to point out however, is the really cool thing comedian Jeffrey Ross did. Check out at the 3:45 mark when Ross went on stage. He took the heat off The Situation. Ross saw the crowd starting to turn on The Situation and made the experience enjoyable again by cracking a few jokes of his own. Did you see the ab joke? Totally impromptu and totally brilliant. It is hard going on stage and making people laugh. Especially if you have never done it before. I wonder if The Situation wrote his own material. It sounded like he did. I hope he practiced, but even if he did, his timing was terrible and nothing came out right. And like most comics, The Situation had to be on for a certain amount of time. He couldn't walk away or give up. He had to take the response. That's why what Ross did was so awesome. As someone who has written about sports a lot, Ross's save reminded me a lot of when former Philadelphia 76ers coach Mo Cheeks helped a little girl through the National Anthem. Do you see the similarity?

Another point about The Situation: it is much easier to be a self-depreciating comic than be an arrogant prick on stage. Getting the audience to laugh is much easier if a comic talks about how much of a loser they are. That's why I think The Situation wrote his own material and why I think no one helped him. Because if they did, they would have told him that comments about screwing models and having a lot of money aren't jokes, they're rap lyrics.
Posted by Jordi at 3:20 AM No comments: 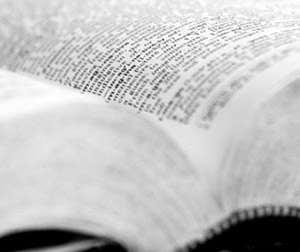 Last week I found a few words in the dictionary and guessed what I thought their definitions were. It was a comical exercise, so I hope you laughed, or at least let out a muffled chuckle. But anyway, here are the actual definitions:

Cyclamate – my guess: a person who sits on the back seat of a bicycle build for two

definition: any of a group of artificial sweetening agents, as calcium cyclamate or sodium cyclamate

Atheling - my guess: a young atheist

I could stretch it and get philosophical, but no, not close again.

(Kudos to Facebook friend Wayne Rake for getting this right when I posted my guessed meaning on my page.)

Nonet – my guess: a basketball hoops that has had its net cut off

definition: a group of nine performers or instruments

Well, a basketball team could use nine people in a game. Umm ... not close.

definition: an eel split, cut into pieces, and broiled or fried

Woah. I got the eel part kinda right, but other than that, nope.

Succor – my guess: a quiet gathering, the mirror opposite of ruckus

I guess relief could be quiet or quietly assemble. Other than that, wrong again.

Traduce – my guess: to learn someone’s name on your own

definition: to speak maliciously or falsely of

Nope, I was wrong. I'm seeing a pattern in my guessing skills.

Valentinite - my guess: a woman who swears on gifts and pampering on Valentine’s Day

definition: a mineral, antimony trioxide (Sb2O3), formed by the oxidation of various minerals containing antimony and occurring in the form of white orthorhombic crystals

Wow. I was way off. But I like my definition better. There needs to be a word for those people who take Valentine's Day way too seriously.

Xiphosuran – my guess: the announcement made when all the election ballots are accounted for

definition: belonging or pertaining to the order Xiphosura, comprising the horseshoe crabs

I wasn't even close to the ballpark. Not even in the same sport.

Zemstvo – my guess: when the TiVo belongs to to them

definition: a county council, founded in 1864 by Alexander II to replace the abolished authority of noble, that became the core of the liberal movement from 1905 to 1917

Huh, so the word isn't used anymore? I'm claiming it and declaring my definition the new meaning. I have to have at least one right.
Posted by Jordi at 12:41 PM No comments:

Pity for the Record Man

Today I saw a video on Paul Mawhinney, a Pittsburgh man with the largest record collection in the world. Made in 2008, the video tells the tale of Mawhinney and his desperate attempt to sell his collection before it becomes too much of a burden on his health and life.

Originally valued at over 50 million dollars, Mawhinney has used every avenue to part ways with his collection and keep it in the hands of a fellow music lover. He even posted it on eBay, where he almost had a sale, until the buyer was found to be a fraud.

Check out the video. My comments will be proceeding.

The Archive from Sean Dunne on Vimeo.

No offense, but I don't feel sorry for the guy. Sure, his collection was expensive and he wants to see a return on his investment. But he is sitting on thousands, if not millions of songs that are not digitalized yet. Why not? It is because they won't "sound right" after they digitally compressed? Is it because he is scared no one will want them? Are they that bad? If he digitalized the collection, he could sell it over and over to people curious about his music, not just the fact that he has some antique media in a warehouse. Those records contain insight to bands, trends, and people that we might never know about or be able to hear because Mawhinney is waiting for the right buyer. Recently Mawhinney has opened his doors for interested buyers of individual products, but of course there is a catch. Buyers must purchase at least $5,000 dollars with of media after putting down a $500 guarantee that they will show up. I wonder how much it would cost to digitalize the entire collection and leave Mawhinney with the physical records. If his passion is about the music and not what it is recorded on, then he should accept some plan that gets the music to the ears of the most people. If he is an elitist, as many of the comments here suggest, then he may be far too concerned with the dying medium of vinyl to part ways with the sounds that are contained within.

Personally, I have no idea how to operate a record player, but that shouldn't prevent me from hearing the music in his collection. I'm sure he has some blues albums that would knock my socks off.
Posted by Jordi at 8:42 PM No comments: