Check out Chris Rock discuss the new Rocky movie at the 7:08 mark:

Compare that to Eddie Murphy's take on the Rocky movies in his classic stand-up special "Raw":

"Italians ... white people, period, ya'll go crazy after you see a Rocky movie because y'all believe that shit."

Then Murphy describes a scenario of a little white man attempting to fight a black man after seeing Rocky.

This isn't the same joke, but it is the same premise: that Rocky is a white person fantasy. Chris Rock didn't have to put that 30 second bit in his routine, but he did because it went with his overarching theme of race in Hollywood. But I bet even though he didn't acknowledge it, Rock knew he was updating Murphy's classic premise.

Of course, Rock's entire monologue was an extended update to Murphy's brief discussion of race at the Oscars, way back in 1988:

https://www.youtube.com/watch?v=WNAePAAYPrc
Posted by Jordi at 10:04 PM No comments:

Four years ago, I worked as a business analyst for a small internet ad and marketing company. Coming from military intelligence, business analysis was a challenge, but one that eventually understood.

What I had trouble understanding however, was the company's business model. That's kinda important and was a glaring hole in my understanding of the position.

From what I could gather, the company made money by click revenue. They would create ads for companies, match the ads with website clients where the ads would get maximum clicks, then collect the money from the company dependent on how many clicks occurred or how many purchases the clicks led to.

I wish I had a flow chart to explain that.

My biggest question while I worked there was: Who clicks the ads? I don't think I've ever known a single person who clicks web ads on purpose. Too often, they are clicked by accident. They are more annoying than practical.

A few months ago, there was an article on Bloomberg.com that gave some insight into how the internet ad world works. The article detailed the dark, deceitful world of fake hits - hits created by bots and programs, not real people. Ad companies "buy" hits from unscrupulous middle men, and the company with the product has to pay. After all, they are the ones trying to sell the product.

The traffic market is unregulated, and sellers range from unimpeachable to adequate to downright sleazy; price is part of the market’s code.

The article cites Kellogg's as a company trying to cut out the ad-placing middle men. However, that might mean less views.

Ad fraud may eventually turn into a manageable nuisance like shoplifting, something that companies learn to control without ever eradicating. Advertisers generally see lower levels of fraudulent traffic by dealing directly with publishers rather than using programmatic exchanges. Of course, that also means missing out on the scale that automation provides.

The company I worked for called themselves honest and said they played by the rules. I wasn't there long enough to dispute that claim. But I never could put my finger on how their revenue was created. It never made sense to me.

On a related note, there is a growing number of people surfing the web with ad-blockers. Bloomberg also recently published an article on the growth of ad blockers. More and more people are trying to cut ads out of their web experience. I am of that group. My web experience is cleaner and faster without the clutter of internet ads.

Yes, there are some websites who forbid viewing with an ad block. They tell visitors to deactivate their ad blocker. To me, their content is not that valuable for me to change my browsing behavior.

(Interesting aside: in Afghanistan, I saw very little advertising. The economy isn't that developed and on the base the military controls almost all the messaging. When I returned to America, I realized how often we see ads. Most Americans don't even realize ads are everywhere.)

I know there are people who rely on ads to put food on their dinner table. They write and create and hope website owners will pay them a portion of the ad revenue generated from the page viewers the content brought to the page. To me, that's naive. Too many of these companies are using third-party ad companies who are buying traffic. It's not the writer bringing in traffic, it's the bots. And that's why websites such as Huffington Post don't pay writers. Because in most cases, the text could be lorem ipsum. As long as the bots click the page and the ads, money circulates.

It's all a shady shellgame.
Posted by Jordi at 3:08 AM No comments:

Email ThisBlogThis!Share to TwitterShare to FacebookShare to Pinterest
Labels: Business

Before the end of 2015, there was a post on qz.com entitled "We’re the reason we can’t have nice things on the internet". The article was about internet bullying and antagonistic behavior online. The phenomenon has grown beyond "trolling", and seems to be a permanent part of culture.

As the internet has grown from a place academics exchanged ideas, to a place where computer nerds toiled (when I came in), to a place where everyone has the same platform for expression, it's become a very harsh landscape. And while the bullies that get the most attention are the ones that use the most coarse language, there is one category of terms that I think requires discussion.

This is a common refrain. Putting aside the sexist undertones of "bitch/pussy/girl/etc", let's dissect these phrases from a systematic approach.

That's not good for the bully. A new system would mean the bully needs to understand new rules and new norms. The bully might not be tough there. The bully might cry. The bully would become a wimp. People might pick on the former bully as the bully struggles in the new power structure. Someone might tell the bully to grow a pair, stop being a wimp, or to tough it out.

And the bully can't have that.
Posted by Jordi at 2:19 AM No comments: 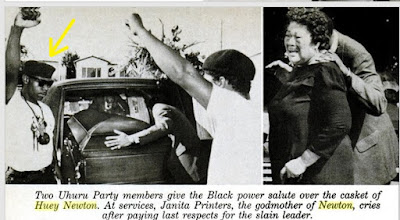 Following Beyonce's Super Bowl halftime show, there has been new interest in the Black Panther Party. Unbeknownst to many, Tampa and St. Petersburg have their place in Black Panther history.

On August 28, 1989, the Black Panther Party laid founding member Huey P. Newton to rest. Among the pallbearers was Kenny Waters, aka Kenny K, the first hip-hop DJ in Tampa. From Sept 11, 1989 Jet Magazine:


The Uhuru Party mentioned in the caption is currently located in St. Petersburg, Florida and was founded by Omali Yeshitela. From the 1970s to 1981, the Uhurus and the African People's Socialist Party were headquartered in St. Pete. In 1981, the Uhuru Party moved to Oakland. This enabled the movement to be closer to the Black Panthers. This picture of Omali and Huey Newton is from asiuhuru.org: 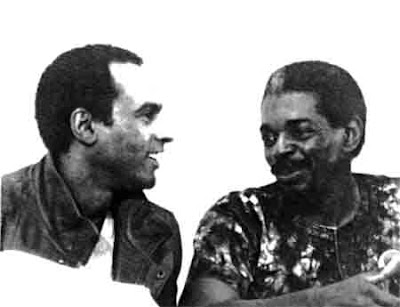 In this background and during this counterculture connection between Oakland and St. Pete, Digital Underground was  formed and Kenny K first took to the airwaves of WMNF, Tampa's community conscious radio. According to hiphopandpolitics.com,


Digital started off being a Black Panther type group. They formed under the name Spice Regime with a game plan of focusing on Black social issues.. They even started to sport black berets similar to the Panthers.

Kenny K meanwhile had connections to Uhuru and pro-Black leaders in hip-hop such as Chuck D of Public Enemy and KRS-One. These connections made him a prominent voice in the Black community.

In my quest to document his life, I have not yet found out how Kenny K became affiliated with Uhuru. I have heard Kenny was close with the Panthers and the Nation of Islam, but I have not talked to anyone yet. Hopefully soon.

Shortly after Newton's funeral, the Uhuru House moved back to St. Pete, where they have been since. Digital Underground relocated to Oakland where Shock G met the poetic son of two Black Panthers, a young aspiring MC named Tupac Shakur.

And the rest is hip-hop history.
Posted by Jordi at 11:11 AM No comments: