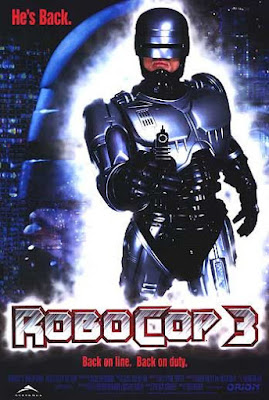 The movie is not as bad as people say. Yes, it is cheesy. Yes, it does not have the original Robocop. Yes, a 10 year old has super hacker powers.But as a protest movie against big corporations and militarized police forces, it is a fun watch. Also features some good anti-Robocop fake news. And the normal police work with the neighborhood and take up arms against the militarized goons.If that fails to get your attention, flying Robocop, samurai, and smart, attractive, early 90s Jill Hennessey to the rescue.Grade: 3 Motor City stars out of 5.
Posted by Jordi at 10:30 AM No comments: 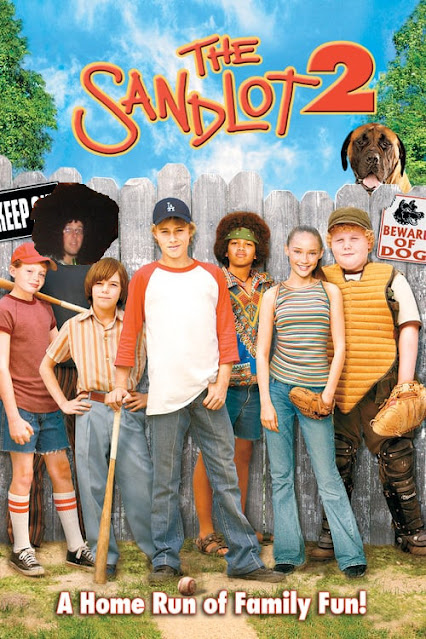 Tonight's cinematic misadventure was Sandlot 2 (2005). This is a movie about a bunch of kids who play baseball and lose something important over a fence. James Earl Jones reprises his role as Mr Myrtle, the old man with a big dog the kids are afraid of.

During their summer of playing baseball, the kids also go to a fair, go swimming, watch fireworks, and one has a memorable kiss that almost gets them all in trouble.Does it sound like I described The Sandlot 1? Yup. Because this is basically the same movie. Even many of the same lines of dialogue are used. There are only two differences: one) girls on the team and two) a neighborhood kid who is really into model rockets.I wanted to try to review this movie independent of the first. Had the plot been different, that might have been possible. But as it is, this is a bad, bad, bad remake. I blame Canada.And I hear there is a third Sandlot.Grade 1 lazy star out of 5.
Posted by Jordi at 10:30 AM No comments: 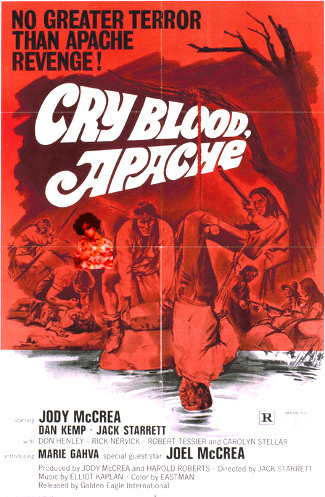 Tonight's cinematic misadventure was Cry Blood, Apache (1970). This is one of the lowest rated Westerns ever and for good reason. It is super low budget, with bad acting, and horrible camera work.

A group of shitty white dudes kill a family of Spanish-speaking Apaches. They kidnap the daughter and attempt to find gold. The son of the family returns from a ride to find his family dead. He hunts down the shitty white guys and kills most of them until the stupid ending. Did I mention that the daughter suffers from Stockholm Syndrome and falls in love with one of the shitty white guys who murdered her family? Because a shitty white guy probably wrote the movie.This would have been much better if it was a grindhouse horror posing as a Western. Tarantino before Tarantino.As it is, it sucked.Grade 1 Native American star out of 5.
Posted by Jordi at 10:43 PM No comments: