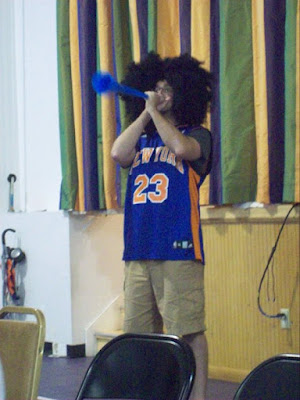 Today I leave for six months in Qatar. Another overseas adventure. This adventure shouldn't be as stressful environmentally as my positions in Afghanistan or Bosnia, but it will still be six months away from family, friends, and home.

I've known about this trip for about two months. In early December 2017, I was hired for a new job. A job I didn't originally think I was going to take, even though I applied for it. But the offer was too good and as Al Pacino said in Godfather 3: "Just when I thought I was out, they pulled me back in!"

I am doing government contract work again, supporting military operations headquartered in Tampa. This job has more responsibilities than my previous positions, will look really good on my resume, and should open doors for me in the future. Those are the biggest reasons I took the job (the higher pay and benefits are also a plus). As well, I hope to save some of my income over the next 6 months for a down payment on a house.

I've been to Qatar before. In 2009, I supported government operations for two months. It was a short trip, but I did get to see a bit of the surrounding areas. I visited the Islamic Museum of Art and several local shops. Qatar is a very western-friendly country and foreigners are treated well. Especially those working high end jobs.

Over the last few weeks, I have been learning about my new job. It has been weird returning to supporting government work. While training, I returned to a building on MacDill Air Force Base that I had not been in in 5 years. I saw people I hadn't seen in almost 7 years, including one of my first bosses. Most people who recognized me asked the same question: "Where have you been?"

"Well, after getting laid off twice in 2011, I went to Afghanistan for a year. Then went back to grad school for a master's degree in business. I was living by the University of South Florida and met some amazing people there. I got involved in my local FSU alumni organization and local Veterans groups. I was a researcher and case study writer for military courses on Syria and Iraq. And last but definitely not least, I worked in downtown Tampa at the USF Health Center for Advanced Medical Learning and Simulation."

Not the typical answer for someone with a background in national defense work. Then again, I haven't had a typical career.

And then I tell them I am leaving again.

Granted, six months is not long. It is, but it is not. It is not a whole sports season in any of the four major US sports. It is barely a semester and a half on the academic calendar.

But it is long enough to miss family and friends and home.

Over the last month, I have done my best to spend time with as many family and friends as possible. I couldn't see all of them, but as many as I could. I grabbed a beer, dinner, lunch, coffee, or just swung by their work to say hi. Six months isn't long, but it is a while to not have the capability to physically say hello.

I am lucky enough to count a lot of groups as family. There is of course my actual, biological family. They are important to me and I hope we can get the video chat up and running from Qatar soon.

Then there is my FSU family. Whether in Tampa or Tallahassee, FSU is always my second home. I met some of my best friends at FSU and those friends have become family. That won't change and we should get the video chat working there as well.

A big portion of my FSU family is my involvement with the Tampa Bay Seminole Club. Since I returned from Afghanistan, I have put in a lot of work for my local alumni organization, raising awareness, better connecting alumni, and creating opportunities for perspective students. I will miss being involved. (On the other hand, I should be back in time for our big block party.)

There are my many friends in Tampa's hip-hop community. Through a few articles and an ongoing project on Tampa's first hip-hop DJ, Tampa's hip-hop scene has given me much love and support. I'll definitely be rocking some Tampa hip-hop in Qatar. They don't know about that.

There is also my Tampa Veterans network. Also since my return from Afghanistan, I have met and worked with many Veterans looking to improve the lives and opportunities of fellow Veterans in the Tampa Bay area. The Veterans network in Tampa Bay is strong and growing, and it is awesome to be part of that.

Last but definitely not least, my pro wrestling family. Even though my brother is the veteran of the squared circle, the folks I have met in the pro wrestling community have been awesome. That was reaffirmed last weekend when I hung out with wXw Wrestling, run by wrestling's Anoa'i Family. The Anoa'is treat me as more than just the goofy guy with a 3-foot afro wig who heckles wrestlers, they treat me as a member of their large family. I'll definitely be keeping up with wXw and everyone there via Facebook and other social media.

As I did in Afghanistan, I will write again soon. Hopefully I'll attach some great pictures of my travels.

PS: To my comedy friends, I promise I will see you more often when I get back. I will start writing comedy again and I will get back on stage. Maybe this international trip will be the impetus for some interesting perspectives on life. Although the last time I was overseas, comedy didn't work out too well. I think I might still be suffering from a form of PTSD (post-traumatic stand-up disappointment).
Posted by Jordi at 9:02 PM No comments: