A belated 1st birthday to this site 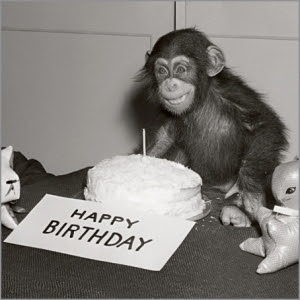 I forgot my blog's birthday. For some reason, I thought it was September 19th. No, it is September 14th.

So now I sit remorseful. I was going to impress you, dear reader, with amazing stats and trivia about The Serious Tip. I was going to tell you all the sites I have been linked to, all the great people in the blogosphere I have corresponded with, from those who have given me advice, to those who have responded to e-mails, to those who I persuaded to let me cameo on their sites. I was even going to impress you with a ballpark figure of all the words I have written on this site (~70,000). And then there was the story of about how one year ago, after discovering Deadspin and other great blogs, I said, "I can do this". You were to be awed.

But alas, I forgot. I am a horrible, horrible blogmaster/host/writerperson.

What does that say about me? I don't have a kid, nor a significant other. What if the future Mrs. Scrubbings finds this post before an important date? Will she think "Wow, he can't even remember his own blog's birthday. How is he supposed to remember mine?". From now on, I am writing down all the important dates I have to remember. Mother's Day, Arbor Day, Opening Day, and The Serious Tip's birthday.

Anyway, since you were denied an all-out birthday extravaganza, let me at least offer you a pleasant Talk Like a Pirate Day. Yar.
Posted by Jordi at 8:08 PM 5 comments: