My Novel's Rough Draft is Complete 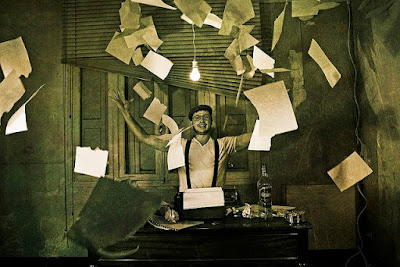 For months this blog has been quiet. I haven't posted as much as I used to. There are a few reasons for this.

One, the internet connection at my base is garbage. They charge nearly 40 dollars a month for a 32kB download rate. For those scoring at home, that's about as slow as the beep-boop-pshhhhhhh days of the old phone modems. It's tough to download 2013 websites with a 2003 internet connection. So bringing up this website and attempting to write something every day or every week is a challenge in patience.

But the second, and much bigger reason I haven't posted here much of late is because I have been hard at work with a much larger project.

I am happy to say the initial rough draft is done. And when I say it is rough, it is really rough. As a matter of fact, it is so rough I am still deliberating on one of three different titles.

(That's ok, the way I see it, Return of the Jedi was Revenge of the Jedi until a year before release. And while filming, the movie's code name was Blue Harvest. So that's three names too.)

I can however tell you what the book is about. I don't want to spoil it, but it's about baseball, the blues, the devil, the crossroads, and a deal gone wrong. It has humor, sports action, and enough mojo to hopefully keep every reader interested. At least that's the goal.

My plan now is to sit on this draft for a little while, at least until I get back to the states, then begin the editing process. There is of course a lot of work that needs to get done before I turn this draft of 120 pages and over 62,000 words of plot into a cohesive story. But such is the creative process.

The Parking Garage of Ego 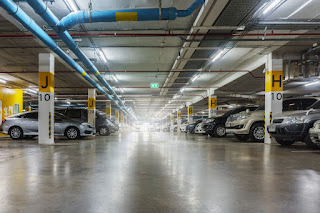 It's been a long while since I posted a poem. I wrote this a few months ago. I thought the visualization was interesting.

You call it egotism
I call it self-visualization
Driving to the next level
Never pulling in to one particular spot
I'll find my place
Maybe where I feel like putting it in park
In the place I want to be
Doing the thing I want to do
and the life I want to live
Taking advantage of every opportunity
Best I can be
Being all I can be
Blazing trails for my generation off the shoulders of the past
And if that gimmick doesn't work
I'll try another
And if that means we run in different circles
Then I will see you back at square one
Posted by Jordi at 11:17 AM No comments:

The Death of My First Truck 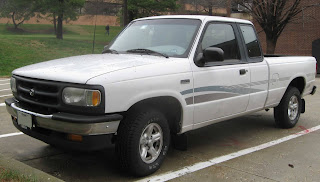 Here is an email I found that I wrote to several friends nine years ago today (March 18, 2004) in regards to the demise of my first pick-up truck, a white 1992 Mazda pick-up with an extended cab.

To those it may concern,

Alas it is with a very remorseful heart that I must pass on the news of the death of my pick-up truck. For more than four years I was with her, stood by her when times were hard, took care of her, and poured countless dollars into our relationship. But there comes a time when you have to take a step back and admit the commitment is not being recipricated. A tear streams down my eye even as I write this. We traveled many a road together, my truck and I.

From the beaches of South Florida to Michigan to Washington DC, through the southern roads of Mississippi.  She died on Tuesday, March 3rd in way a vehicle should pass - on the road. About one hour outside of Tallahassee on the way to Jacksonville in a small town called Madison. A one-horse burg with a sole mechanic to witness her passing.

But his was the offical word, I knew the moment I heard the sound in the engine it was the end. A broken rod in the engine was the assumed cause of death.

In an attempt to move on with life I acquired a 1994 Ford Crown Victoria. Every time I crank it up easily, drive smoothly down the road, brake with ease, and accelerate with V-8 power I miss my old truck even more. Hopefully the person I ended selling her to takes care of her and gets her back on the road, where she belongs. Albeit without me.

Maybe it was meant to be this way.

You know, Mikey, this should be performed as a monolouge on Broadway with just you on a stool strumming an oh so fragile country ballad on a lonely guitar and a slide show featuring a veritable menagerie (did I spell that right) of memorable images of your old girl.

A Letter from Jordi to the Romans:

Hearst all thou who doth like to laugh. Director Sean Gerowin has callest us to viewest his latest vision. His latest tome for the people. A film for all the faithful flock.

Trailer Park Jesus is a film about Him. For He has risen. And with Him cometh a good times, paint, sparkles, beach weddings, and animated aquatic friends.

Our story begins with Jessie of New Orleans traveling along the highways and byways of the American South to reunite with the tribe of his homeland. Along the way, however, the prophet Jessie falls victim to the plight of auto malfunction. Malfunction caused in part by wayward peers engaged in misguided worship.

When Jessie is threatened by a Southern tribe member with an imposing visage, he turns to the comfort of Sara (without an “h”), proclaimed cousin of all and foe of a few. It is Sara, namesake of the Biblical wife of the prophet Abraham, and here friend of Jessie, who supports Jessie and helps him when he is most in need.

With the aid of a few other members of the Southern tribe, Jessie is promised assistance to a caravan back to his own homeland. In order to receive safe passage from the Southern tribe, however, Jessie must provide mental openness in the form of fish. And despite his warning for caution and the knowledge that too much fish can lead to tragedy, the Southern tribe bask in Jessie’s teachings, becoming true followers of the faith. For they are those who needed a spark and a prophet to enter their midst. Their's had become a life of despair and Jessie’s teachings opened them to ideas and celebration they had only dreamed of. Or perhaps had once, but lost in the mire of their desperate surroundings.

Then, from the teachings of Jessie and the visions of the people, the Savior appeared.  A Savior who carries paradise and a wine cooler, who baptizes ultimate fighters and smokes cigarettes, and who is the only one who can truly lead the people of the Southern tribe from their meager surroundings to a life of glory, fame, and salvation.

Unfortunately for Jessie, however, as the people embrace the Savior and bask in their new-found teachings, Jessie realizes time is ticking on his ability for safe passage back to his own tribal homeland. Jessie struggles with the notion that the people do not want their new prophet to leave their tribe, especially Sara, his foremost supporter and the foundation of his ministry. Yet Jessie remains stalwart his plan to rejoin his own tribe and return to his homeland. For the ties to family and his homeland are stronger than those to his new flock, although the beautiful Sara does provide his last temptation.

This is a letter of Jordi to the Romans.

Mix Cheech and Chong drug humor from south of the border with the Canadian background of Trailer Park Boys from north of the border, throw in some southern stereotypes and religious allegory, and you have Sean Gerowin's latest, Trailer Park Jesus. From the two films of his that I have seen, Gerowin, a director from New Orleans, likes putting characters in crazy situations and forcing them to escape using their own wit and wisdom, especially when situations get vastly out of hand, often thanks to the misuse of some chemical enhancements.

Here, a young college student is forced to bargain his way out of rural Mississippi using only a sheet of LSD. When the LSD proves stronger than he imagined and the locals embrace the mind-altering drug, hilarious hijinks ensue.

Check it out: Trailer Park Jesus.

(Disclaimer: Sean sent me a promo screening and asked me to write a review. All opinions here are my own.)
Posted by Jordi at 3:02 AM No comments: