Three months and counting in Qatar 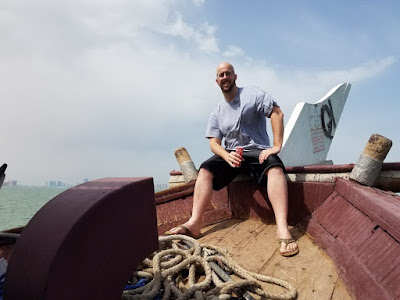 I am entering my fourth month here in Qatar, which means I just concluded my third month, which should be halfway. Maybe. More on that later.

So we are busy and things are good in the workplace. And outside of work, I have been out and about in Doha again this month.

As usual, my pictures for my trip are at this link - scroll to the bottom to see the latest:

Now for the not so great news. I might not be coming back to the US in August as I originally thought. (Actually, originally, this job was supposed to be from January to July, but it was delayed a month.) There is a possibility my job might need me out here until October. And there is a chance if I came back in August, I might not have a job back in the states, whereas a job might be there in October. Maybe. It is all unsure, but I am planning for October. So I am 35% through my trip, not yet 50%.

Pro-tip: If looking for stability, I would not recommend a career in government contracting. Uncertainty is the norm. And uncertainty does get old quick.

But while I am here, I am still going to enjoy myself, try new things, do a good job, and save money for a house and a new TV.

So that's what's new. Hope all is well where you are.
Posted by Jordi at 2:22 PM No comments: