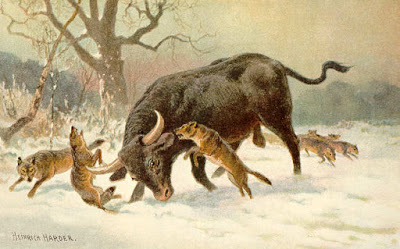 Way back in the day, when I could have had it my way, before I did marches, I worked for the golden arches.

That's right, my first job was flipping burgers and slinging McMuffins at Mickey D's. I did that gig during my senior year of high school before I decided to be all I could be.

Outside of the fact that I sometimes got food for free, working at McDonald's pretty much stunk. Although I didn't mind coming home smelling like onions and mustard a few times a week, and finally making more than my parents' allowance was a good thing, my beef (get it? ha ha) was that I was never on a consistent schedule. Depending on the manager, sometimes I worked 25 hours a week, sometimes four. Good thing I didn't need much cash, because I couldn't even afford to pay attention.

Even though it has been nearly 15 years since I was in the food business, it might be time to reacquaint myself with some culinary skills. According to an article on the Telegraph.co.uk website, Italian scientists are primed and ready to do some genetic manipulating and bring back an ancient species of cattle called the Auroch that "weighed around 2,200lb and stood 6.5 feet at the shoulder".

That's a lot of burgers.

(P.S. Oddly, for whatever reason, the Nazis also tried to bring back the Auroch back in the 1930s.)

(P.P.S. If the farts of regular-sized cows are supposed to be bad for the environment, wouldn't Auroch farts be worse? Wouldn't their farts be larger and more powerful? Is the payoff of more plentiful burgers and steaks worth destroying the environment?)

Here is my latest foray into webcasting. I'll admit, I am not very good at it yet. I think I come off a little wooden (I hope I am not this stiff in real life). Anyway, today I talk about my first experience checking out the local Tampa death metal scene and a concert featuring the bands Headless Missionary, Destined to Ruin, Unkempt, and Obituary.

The more I do these webcasts, the better I think I'll get. If you notice, this is the first time I incorporated some special effects. Anyway, thanks for being patient.
Posted by Jordi at 10:39 PM 1 comment:

While perusing through one of my Florida State University magazines, I found an interesting article on how FSU is one of the leading universities in researching cybercrime prevention and investigating tools.

As part of the write-up on the FSU cybercrime program, there was a side story (sorry, I forgot the official name of these mini-articles) on a super password finder hacker program the university has created. According to the article, the FSU password cracker is nearly twice as good at deciphering passwords than popular open-source programs.

What makes the FSU password cracker different and more effective is that it uses culture, patterns, and probabilities to calculate solutions. According to the article,


Basically, what sets Aggarwal's program apart from all other password crackers is that its algorithms are based on what people actually do when they create a password, rather than what they could do-namely, create a password that is genuinely unique and thereby almost impossible to break.

Aggarwal's team was able to determine the grammatical patterns and a variety of other user habits (e.g. adding a "1," a "2" or a "3" at the end of a four-letter name) that they gleaned from analyzing over 100,000 old passwords amassed from a number of sources. One of the biggest batches they got their hands on was a list of 67,000 passwords that hackers stole from MySpace.com, for example.

I think this is fascinating - using our everyday culture in the algorithms used to predict the codes of criminals. To be honest, I don't think I have ever created a password that didn't follow some sort of grammatical convention.

Hopefully, this technology doesn't fall into the wrong hands, I'd be screwed.
Posted by Jordi at 6:28 PM No comments: 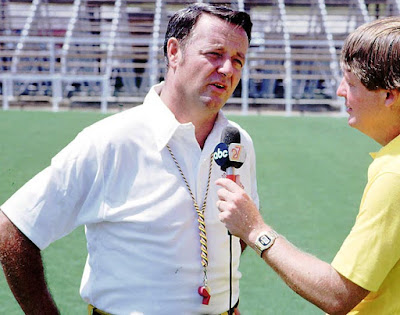 
It bothers me that players and media alike want to minimize what a great university Florida State is academically and culturally by chalking up the success and fame of FSU to ONLY the football program.

NoleCC uses his own experiences as a student to make the point that because his enrollment was in no way shaped by Bobby Bowden, then no student's was. This is a faulty premise. As a matter of fact, there is even a chance NoleCC is completely wrong. According to NoleCC, "FSU was in major transition with renovations going on everywhere". From the late 1980s to 2000s, what was the university's biggest cash cow? The football team, of course. The Bobby Bowden-led Seminoles were the catalyst that drove the entire university to upgrade in 1990s. From the T.K. Wetherell Building and the University Center surrounding the former Giant Erector set that was Doak Campbell Stadium, to the medical school, to Strozier Library, I doubt any facility was constructed or improved without some contribution from the athletic department.

Think about this, even in its most simplest terms, had the football team not done well, and had Doak Campbell not been upgraded, perhaps the registrar and admissions office might still be in the WestcottÂ  Building. The upgrade in administrative capability allowed the school to handle more students, students who chose FSU over Florida, USF, or UCF. Bobby Bowden is the reason these students were able to go to FSU.

There is no doubt athletically we owe our school's reputation to Bobby Bowden. There is a lot of prestige that comes with being a top-5 football team for 15 years. Without Bobby Bowden, we might have had the crossover talent in other sports that we had. There would have been no Deion Sanders playing baseball or Charlie Ward playing basketball. No Charlie Ward playing basketball means no tournament appearance in the early 90s and the money that brought in.

Although I see where NoleCC is coming from and yes, many students may have chosen to come to FSU based strictly on academics or programs or opportunities or maybe even the beautiful landscape of Tallahassee. But, then again, some also have chosen FSU because Jim Morrison of The Doors went there (ex. the lead singer of Creed). However, if not for Bobby Bowden, the university they enrolled in would be a completely different place. To put it bluntly, it would be a middle-of-the-road university far overshadowed in all but a few areas by other state colleges. Basically, it would have been the University of Central Florida.

Welcome to 2010. The year they name movies after. We are now officially in the future.

I have quite a few projects in the works for the next few weeks. Among them a few posts, maybe a few webcasts, and maybe even an appearance or two on other sites.

1) The Catchphrase of the Decade - Slate.com

As a big fan of wordplay and word patterns, I liked this article. Written by Ron Rosenbaum, it dissects a lot of the catchphrases, cliches, and jargon that we've used in the last 10 years. Because of overuse, many of these phrases, which may have started innocent enough, have lost their meaning. Among my favorites are "fifteen minutes of fame", "under the bus", and "out of the box".

I have no excuse for not knowing more about the Tampa Bay music scene. When I was in Tallahassee, I knew of almost every local band in town. For whatever reason, I haven't gotten into supporting the Tampa Bay scene. I need to. Now thanks to Creative Loafing and writer Joran Oppelt, I have a great primer for knowing who's who and what's what locally.

Lastly, from ESPN, here are the best sports quotes of 2009. I would have liked to see a "quotes of the decade" list. Personally, my favorite quote comes from basketball player Lorenzen Wright in 2006. When asked if he was worried if couldn't win over all the fans of a new team, Wright replied,

"Some people are steak people and some people only like fish, if I am steak and they are fish people, they might not like me very much."