After our conversation, it dawned on me that these two male behaviors are on far ends of the same spectrum and she, a normal woman, was turned off by both. So I drew a line. Then I filled in the rest of the chart. Before I knew it, I had a model that could be used to predict behavior - to an extent, of course.

I like to say this chart is in the same school as the Hot/Crazy Matrix that took the internet by storm a few years ago, but it is a different class.

After I memorized it, I showed this chart to several female friends, bartenders, and servers. They were all impressed. Which made me think I was on to something.

Unfortunately, I drew it out for the woman who inspired it after we spent a day drinking. Telling her why I drew it didn't sit very well with her. Sorry to say it might be one of the reasons we aren't friends anymore. But enough of that story ...

Ladies and Gentlemen, I bring to you, after months of tinkering and designing it just right, "Understanding Women" (aka "The Guy's Guide to a Woman's Interest").

Please let me know what you think!
Posted by Jordi at 10:18 PM No comments:

Work or write: The Creative Conundrum 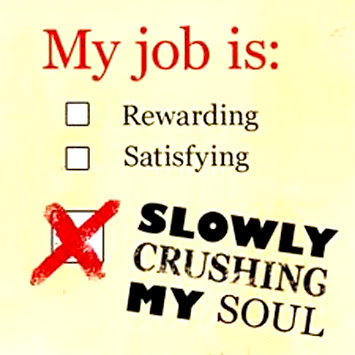 A few weeks ago, there was a huge tiff in the online creative writing community. According to reports, well-known author Diana Gabaldon advised aspiring writers not to major in English. In response to a tweet asking her advice on the career path of an author, the author of the Outlander series wrote:


English major = “Want fries with that?” . Pick something that will give you enough money to write what you want. https://t.co/MQ52HSzZCl

Gabalbon's comment spurred all sorts of hubbub among writers. From reports, it also offended some food service workers. So as someone who worked at McDonalds, then years later received degree in English/Creative Writing from an award winning and highly acclaimed university program, here are my two cents:

Even without the first sentence, Gabaldon is 100% correct. Majoring in English or Creative Writing is a useless endeavor if one aspires to be a writer. Writers write. They write on napkins, on scrap paper, and on the back of receipts. They write when inspiration hits them. They don't need to go to school for that.

Writers without degrees can still be self-published, freelance, submit to publishers, and network like hell. Go to book fairs. Meet writers, publishers, and literary agents. Organize writers' groups. Use local/social media to your advantage. Work the field to get your name out there. It is difficult to do, but it is no different than any local rock band, spoken word poet, or underground hip-hop artist.

While most creative people said their feelings were hurt by Gabaldon's comments, but they would survive, even if it meant not reading her work anymore, one reply really stuck in my craw. It was personally insulting and to use the modern parlance, I was almost "offended".

Tim Chevalier, aka "@fatneckbeardguy" wrote a long diatribe on twitter about how his lifelong dream of being a writer was crushed by the heavy weight of becoming a computer programmer, a career choice he never wanted.

It is over 1,000 words of the biggest load of whining and bullshit I have ever read.


I have a computer science degree and thus all the money I want and no emotional energy left after work for writing. If I'd majored in English (like 13-year-old me wanted) I wouldn't have gone down the path of lots of money and spiritual/artistic vacuity.

This is not his career's fault. It is his, and his alone. He let the weight of his job crush his creativity. Don't blame the game, blame the player. He lost the will to create.

I've worked and created on the side for over 10 years. While in Afghanistan, I worked 15 hours a day over 8,000 miles from home in a warzone. I missed my family and friends and I was doing the most stressful work of my life. But I still found the time to write over 200 pages of my first novel in that year. Why? Because I needed to. Writing was my escape. I didn't watch movies or go to the gym. I wrote. I wrote to escape. I wrote to create my own world.  For an hour or two every night, I would be in the world of my characters.

So the bullshit that a job as a computer programmer leaves someone with no emotional energy to write is an excuse. That's all it is, a flimsy cop-out. You write when you feel the need to. If you don't have a passion for it, then it's not your job's fault. It's yours.

Chevalier then goes on a tangent about getting trapped in the working world.


Anyway, once you get into industry, you realize the real day-to-day work isn't much fun, or that there are fun things about it but not the ones you anticipated, and a whole lot of soul-sucking baggage that's the price of both the fun and the money, but by then the money has you trapped.

More bullshit. Sure, paying bills sucks and if you have a passion for a big house and a fancy car, you might have to work some 12-hour days. That's life. But that doesn't mean you can't still create. Money doesn't trap you. A job doesn't even trap you. Throughout every job I've had - from military deployments to 9-to-5 daily grinds - I wrote. I made youtube videos. I performed comedy. I ran around town with an afro wig. I found time.

Then there is this beautiful nugget of self-defeatism - an admission Chevalier gave up.


We -- as in, we adults who've had our dreams beaten out of us -- terrorize kids with a lot of fear-mongering about starving artists and starving musicians. The truth is that artists and musicians have always found ways to survive in a world hostile to art, so long as they're lucky enough to get taught that the shame of not being affluent must be avoided at all costs.

You can be affluent and creative at the same time. It is entirely possible. You can be Bruce Wayne during the day and Batman at night. You can work and do open-mics. You can freelance for newspapers. You can stop at Starbucks on the way home and write a page of poetry in a notebook.


So while part of me knows it's not too late, part of me is too busy grieving over all the time I lost to be able to make a new plan.

By the end of his post, with its whiny story about being unable to read Bruce Springsteen's autobiography, I didn't know whether Chevalier was playing his readers, was this sad, or was trying to make up for lost writing time by piling on the melodrama.


What you do want is time to spend doing the work that makes you feel whole.

Again, I wrote fiction and comedy in a warzone because I mentally needed to.

But in case I am a bad example for Chevalier - perhaps my burning desire to create is superhuman and beyond his capacity - here is another example of someone who toiled all day and then used his spare time to create:

In the early 20th century, there was a young patent officer in Germany who was married with a child. He worked 8 hours a day examining inventions for patentability. Then he went home and he wrote. He claimed his life was divided into 8 hours of working, 8 hours of writing, and 8 hours of sleeping.

According to one source:


Even the hours he had to keep at the patent office worked against him. By the time he got off for the day, the one science library in Bern was usually closed. How would he have a chance if he couldn't even stay up to date with the latest findings? When he did have a few free moments during the day, he would scribble on sheets he kept in one drawer of his desk—which he jokingly called his department of theoretical physics.

That writer was Albert Einstein, perhaps the smartest man of our time. Einstein eventually wrote his findings, submitted them, and was published in the esteemed scientific journals of the day. The rest is history.

From the rest of Chevalier's tweets, I'm thinking he might reply with "here is a straight, capitalist-supporting, white man telling people how to think and live". If so, that's another cop-out and an attempt to lean on a victim complex.

But as an English major whose desire to never again work at McDonalds led me to national security jobs and graduate schools, and someone who still wrote a novel, composed thousands of blog posts, freelanced for newspapers, and performed stand-up comedy, I have skin in this debate.

To college students everywhere, make your future job hunt and life easier, keep English/Creative Writing as a minor and write and promote your writing in your spare time, but major in something more tangible.

To Tim Chevalier, I hope you find the time to one day reach your dreams. Cheers.
Posted by Jordi at 3:02 AM No comments: