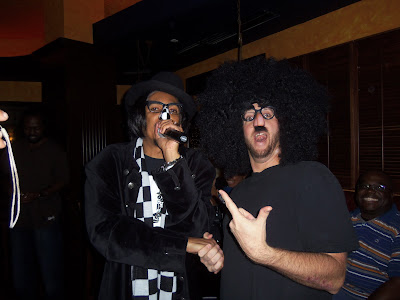 "And though we're usually on the serious tip, check it out:

Back in the late 80's and early '90s, "on the serious tip" was a semi-common phrase in hip-hop culture. A quick google search of the term reveals a few songs with the term and quotes from De La Soul and The Fresh Prince.

Possibly the most famous use of the term, and the one people are most likely to hear regularly - at least on old school hip-hop channels - is in Shock G's verse on the Digital Underground classic "Doowhutcha Like". So it is absolutely fitting that I write this tribute here, on this blog, which has been named after the old school hip-hop phrase since 2006.

Shock G has been gone for nearly a week and this is still tough to write. It is not often that a music legend, a big part of a genre's history, is a part of your life. But Shock G was a part of my life. Admittedly, I didn't know him all too well, but good friends of mine considered him a good friend.

Shock G was one of those MCs.

Through hustle and probably a bit of luck, Shock G made it happen in Oakland. He became an international superstar. He rocked stages. He made appearances. He created other legends. His contribution to hip-hop is undeniable.

But around my friends, he was just Shock G, another member of the Tampa hip-hop community. A dude to goof around with, to kick it like they used to back in the day.

My favorite part of this video, besides the fact that I am in it, is that he calls Nick Major, "Fred".

I first met Shock G at a club called Blue Martini in Tampa in late 2011. My friend Nick Major was living with me and had known Shock G for decades. But if I remember right, he hadn't seen Shock in several years. But he got word that Shock was performing at the nightclub and so we had to be there.

I don't remember why I brought my huge afro wig into the Blue Martini. I also don't know why I had funny nose glasses with me. But they proved to be a key part of one of the coolest pictures I have ever taken. I like to think I could have fit in on stage with Digital Underground back in the day. We didn't talk too long with Shock G that night, but Nick was able to get his number and stay in touch.

Thanks to Nick and Paradox 2WX aka Spike La Rock aka Dox, I was able to interview Shock G a few weeks after we met him at Blue Martini. Shock was super cool and eager to tell his story.

There is so much history in this interview. But the video itself has its own history. After we did this interview, I left for Afghanistan for 14 months. My friend Bill McArdle of TampaBayNightLife.tv saved it on a hard drive and stashed it among his other recordings.

Years passed. Occasionally I would ask Bill if he still had the interview, and he would say yes, and that was that.

In 2019, I finally asked for a copy of the video. After Bill found it, we copied it to my personal drives.

So was it actually "lost"? Depends on who you ask. Bill knew he had it. I sure didn't know exactly where it was.

After we filmed the interview, Nick, Paradox, Shock G, his friend Chadoun, and I went out to eat. Of course with Shock G it is fitting we went to Burger King. No one got busy in the restrooms, but we did learn that Shock G was a big fan of the veggie burgers. After chilling in Burger King for a while, we all went our separate ways.

A few years after our interview, I saw Shock G in a Chilis in Tampa. He was getting take-out for him and a friend. I reminded him who I was and we talked for several minutes. He mentioned he visited Tampa to get away from California and pressures of the showbiz world. Although he was successful, he seemed to enjoy home more.

In late 2015, I saw Shock G again when he returned to Tampa to perform at the 3rd Annual Kenny K tribute concert at Crowbar in Ybor City. Kenny was Shock G's friend and the man who got Shock G back into hip-hop in the late 80s/early 90s. They, along with Doc P and others, were the founding members of Digital Underground.

This was one of the most touching performances I have ever seen in hip-hop. Shock G often gets emotional for his late friend. He does his classics, but also several freestyles where he rhymes about Kenny.

After the show, I got to hang out with Shock G in the green room at Crowbar. When I congratulated him on the show, he remembered me as "Nick's friend" and told me we need to do another interview sometime. While I stood to the side, Shock G chatted with Dynasty, a Tampa MC who was blowing up at the time. Dynasty has since moved on, but it was a great moment in Tampa hip-hop past and present. 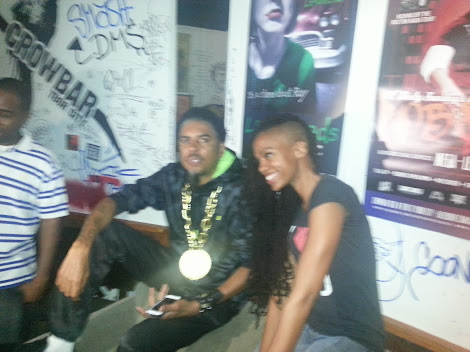 Although my friends saw him several times after, that was the last time I saw Shock G. They have pictures with him during his other Tampa visits, to include birthday parties and hanging out at hip-hop clubs. Shock G was always around.

As time has gone on and I have been able to interview more people for the Kenny K Documentary project, there was always talk of re-interviewing Shock G. We even discussed getting Shock G more involved in some way - perhaps he could host the documentary.

Unfortunately, that will never happen.

As I got to know him a bit, Shock G was an inspiration to me. An artist who was adaptable to different trends, used props when he wanted, created characters, and as I said on WMNF's recent tribute show, was "creativity personified". Although he went through a lot of tragedy, Shock stayed creative. It was his way of connecting with the world.

Shock G's death is personal. He was a good dude to me and to many of my friends. We had to share him with the world, but he will always be our friend.

Curveball at the Crossroads at the Oxford Exchange Book Fair 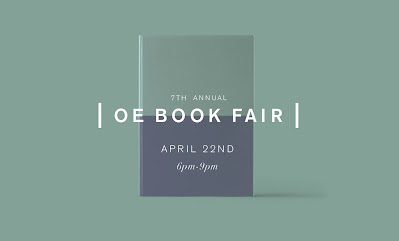 BIG NEWS: I will be at the Oxford Exchange Annual Book Fair on Thursday, April 22, 2021 in downtown Tampa from 6pm to 9pm. I will have my debut novel Curveball at the Crossroads as well as other books I have been a part of over the years.

The Oxford Exchange is an amazing location and a fantastic place to check out my work as well as the work of many other local authors.

It will be a great time. I am super excited.

More information on the book fair can be found here: