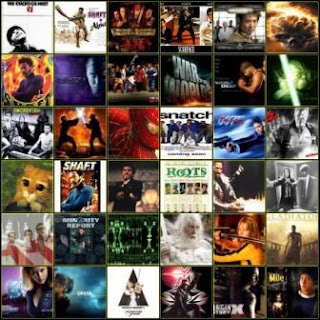 Many of us put an aura around original success. First win, first love, first little-league homerun or pee-wee league touchdown, first multi-platinum radio hit. Nothing can destroy your feelings of a great first anything. Think about the first time your team won a championship. No matter how many times they repeat, nothing can match the emotions of the first time. Often you will pick that team over any more recent champions.

For me, it’s the ’86 Mets. I was nine and a new Mets fan. They were The Team. I had all their baseball cards, memorized the line-up, and could even mimic every player’s batting stance or pitching wind-up. So if the Mets were to win it all next year, I would definitely be overjoyed, but would I take the ’86 team in a seven game series over the ’07 team? Without a doubt. That was my first championship team. Same holds with ‘99 Seminoles. The Knicks? Well, I am still waiting.

Unfortunately, the aura of untouchable original success holds no value in the businesses of sports and cinema. Often in search of the almighty dollar, the sports world and Hollywood recycle the same names, ideas, or storylines until they are limp shadows of the original glory. But no general manager or Hollywood script writer has yet to re-create a classic first. Sure, they could draft, sign, or trade for family members of past stars or release sequels with the same or similar actors but usually these attempts end in failure. Like cold fusion, they can only happen once.

So in honor of Mike Shula’s recent interview with the Miami Dolphins and this week’s Golden Globe Awards (which really should be an AVN award), I’ve decided to list a few of the more famous sequels from the world of sports and their cinematic equivalents. My one criterion: I limited the selections to sequels who at some point played on the same sports franchise as their predecessor. So you won’t see such quality entertainment as Jelly Bean Bryant II, The Second Simms, or The Return of the Basketball Walton.

Ted / John Henry Willliams (Red Sox) – Caddyshack / Caddyshack 2
Caddyshack is a classic, instantly quotable, a mix of talent and performance that will never be duplicated. As for the sequel, like John Henry Williams’ brief stint with the Gulf Coast Red Sox, let’s just forget it ever happened.

Bob / Brian Griese (Dolphins) – Gremlins / Gremlins 2, Home Alone / Home Alone 2
Another Hall of Fame original and his not so great son. Like Gremlins 2 or Home Alone 2, you can survive watching the second Griese, but don’t count your season on it.

Gus / Buddy / David Bell (Gus/ Buddy – Reds, Buddy/ David – Indians) – Major League I, II, III
Like the Major League movies, the first Bell was a force during his career, the second Bell was a solid all-round player, but the third Bell makes you yearn for those late night shifts at Lou Brown’s Tire World. “How would you like to watch David Bell play tonight?” “I would but I have to talk to a guy about some white walls on the other line.”

Sam / Jerry / Jerry Hairston Jr (White Sox) – Evil Dead / Evil Dead 2 / Army of Darkness
News flash: I just learned there were three generations of Hairstons who played for the White Sox. Raise your hand if you knew that. Put your hand down, Mama Hairston. Did you also know there were three Evil Dead movies? No? Well, you learn something new every day. Note: along with Johnny and Scott Hairston, the Hairston clan almost has as many members in the big leagues as there are Friday the 13th movies. And about as memorable.

Ray / Bob / Bret & Aaron Boone (Ray, Bret – Braves, Bob, Aaron – Phillies) – Back to the Future I, II, III
As each generation of Boone was a quality player and had decent careers, they have become the Back to the Future trilogy. Good, not great, movies that entertained and continued the family tradition.

Felipe / Moises Alou – (Expos, Giants) – Spiderman / Spiderman 2
During the 1960s and 70s Felipe Alou was one of three Alou brothers playing in the major leagues. Felipe played for 17 seasons, made several all-star teams, and retired with over 200 homeruns. Moises Alou has continued, if not improved upon, the Alou tradition, making six all-star teams and hitting over 300 homeruns. Could be the juiced ball, the juiced players, or maybe just the improved CGI. I don’t know.

Sandy / Sandy Jr, Roberto Alomar (White Sox) – Alien / Aliens
Roberto makes this difficult. If it was just the Sandys they would be Iron Eagle I & II – a totally forgettable, mediocre father-son catching duo, like Fred and Jason Kendall. But with Roberto’s near-Hall of Fame stats, this becomes a case of the sons outperforming their father. Sandy Sr. might have Sigourney Weaver in undergarments and a man giving birth to a space critter, but Roberto and Sandy Jr. were definitely the much improved Aliens.

Ken Griffey Sr / Ken Griffey Jr (Mariners, Reds) – Terminator / T2
The first Terminator was good, the second was better. If Rise of the Machines is any indicator, unless Trey Griffey plays in the major leagues accompanied by Kristanna Loken, it would probably be best to end the Griffey franchise when Junior retires.

Bobby / Brett Hull (Winnipeg Jets / Pheonix Coyotes) – Godfather / Godfather 2
As with the first two Godfather movies, both Bobby and Brett Hull are among the best ever. The only way to complete this trilogy would be for a third generation Hull to be an un-athletic, stumbling, bumbling halfwit. Think Sophia Coppola on skates.

Bobby / Barry Bonds (Giants) – Star Wars / Empire Strikes Back
Like Empire Strikes Back to Star Wars: A New Hope, the sequel to Bobby Bonds is gloomier, more evil, and mired with unresolved controversy. Who in sports fits the role of Darth Vader better than Barry Bonds? And who needs the Force when you have the cream and the clear?

So what can Dolphins fans expect if the team hires another Shula? Based on Mike Shula’s experience with Alabama and David Shula’s record with the Bengals, I am thinking Shula II: Electric Boogaloo.
Posted by Jordi at 7:08 PM No comments: