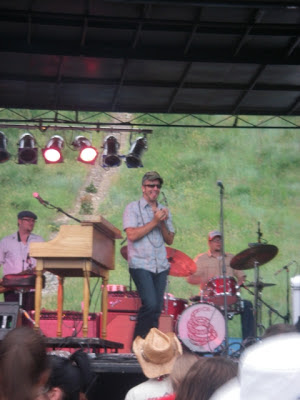 Friday night, I attended the first part of JJ Grey and Mofro's epic two-day concert at Skipper's Smokehouse in Tampa, Fl. For those who never heard of Mofro, Billboard describes their latest album as

I'll admit, I caught on to the Mofro bandwagon kinda late. Although I heard about them while I was in Tallahassee, the only album I have is their latest, Country Ghetto. But after hearing that, and having numerous people tell me that their show is not to be missed, I took the chance to see them live.

In a word: amazing. Although I didn't know more than half of Mofro's songs (those from their first two albums), the band lived up to expectations. A lot of groove, soul, blues, and southern-rock. Stuff that makes me proud to live in the south. And that's what JJ Grey tries to do: invoke a non-redneck southern pride. Not the Dixie flag-waving Confederate type of pride, but a different, back-to-nature, "oh-why-are-they-building-another-housing-development?"-type of Florida pride. So many of the songs lament of things and times long gone, where grandma's home-cookin' of grits, cornbread, collar greens, and fried chicken made it worth getting up on Sunday. Musically, Mofro incorporates trumpet, sax, slide guitar, blues harp, and piano to a drum beat full of funk. For some reason I thought the saxophone was really impressive. I haven't seen one of those live in a long time.

As mentioned, I only knew about a third of the band's songs. Most of the crowd however, knew all of them, which led to some interesting call and response sing-alongs. Surprisingly, for a blues club the call and response that disappointed me the most was Mofro's cover of Muddy Waters' "Got My Mojo Workin'". At first, most of the crowd didn't know to respond. Fortunately, they got it quick. Or I would have had to slap someone.

About the venue and crowd:

Skipper's Smokehouse is one of those new-age blues venues. Not quite the old juke joint, it's a good place to see live music. Hippie memorabilia, old show posters, and other random miscellanea decorate the walls. As it doubles as a restaurant, there is the whole seafood, beach vibe going on. Nothing wrong with that.

The crowd, however, took some getting used to. Granted, there were some beautiful college-age women there, but accompanying them was some of the most rudest people I've ever been in a crowd with. People who see an inch between two people, and they think they can fit themselves and their girlfriend, her friends, and their boyfriends closer to the stage. At heavy metal shows these are the first people to get pushed into the mosh pit. Trust me, the band doesn't get even better when you are two feet closer.

Oh, one more complaint. To those who smoke out at the show: if you don't bring enough to share, please get high before you show up. Thanks.

This blog does not pay the mafia

Now that The Serious Tip is a commercial entity, certain business-like decisions have to be made. Among these are how to cover the extraneous costs that come with being a commercial entity owner. To quote the wisened philosoph, Mr. Thorton Melon,

"First of all you’re going to have to grease the local politicians for the sudden zoning problems that always come up. Then there's the kickbacks to the carpenters, and if you plan on using any cement in this building I'm sure the teamsters would like to have a little chat with ya, and that'll cost ya. Oh and don't forget a little something for the building inspectors. Then there’s long term costs such as waste disposal. I don't know if you're familiar with who runs that business but I assure you it's not the boyscouts."

However, thanks to the confidence and organizational chutzpah of several Sicilian business owners, people are starting to say "no" to the Sopranos, Gottis, and Corleones of the world. To this small band of entrepreneurs, I say bravo, and I am proud to join your league.

By the way, if standing up to the mafia means I can't get rid of my waste here at The Serious Tip, so be it. I'm not backing down. But don't be surprised if this place starts looking like the Collyer House.
Posted by Jordi at 11:10 AM No comments: 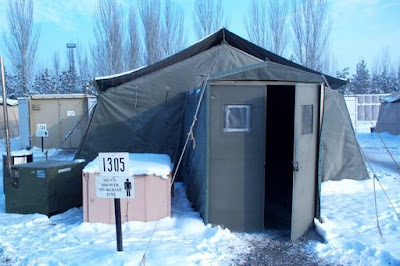 While surfing the international news, I saw a report that stated the United States spends 17.5 million per year to use Kyrgyzstan's Manas Airbase.

Or approximately five million per year less than the New York Mets will pay pitcher Johan Santana for the next seven seasons.

So this begs the question, would you rather have an airfield in the middle of Central Asia or an ace pitcher?

Let's first examine the benefits of having an ace pitcher:

What about renting an airfield for a year?

Acquiring a Situational Operations AirField (SOAF) - kinda like the LOOGY of military bases - means you can use 37 acres, four watchtowers, 300 tents, a fitness room, a chapel, a post office, a recreation room, and a $5 million, 60-bed military hospital. It's like your own little town. Imagine the party potential if you can convince your friends to visit. And while baseball might not be the national pasttime of Kyrgyzstan, you can probably find it in your heart to root for the local Yak Racing team.

So on one hand you have seasonal fame and the eventual sacrifice of civil order and on the other, the sacrifice of social contact for one year in your own area of self-sustaining blissful solitude, albeit cold, barren, and 25 miles from civilization. But you get to see yaks.

The Serious Tip Dot Com Now Got It Goin' On 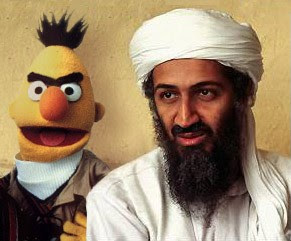 Representatives for the Internet drive a hard bargain.

"We were sweating there in the final minutes", said Jordi Scrubbings, writer of The Serious Tip. "I was afraid we weren't going to get the deal done. Once The Internet agreed to pay for our sixth pitcher of beer though, I realized we had it in the bag. Either that, or we got the Internet really drunk."

Lawyers for The Internet also admitted the deal with The Serious Tip was one of its more difficult, although between drunk drivers killing webpages and sharks with laser beams cutting half the world's service, the Internet had other concerns than dealing with an independent blog with global aspirations.

With the transaction finally complete, loyal followers of The Serious Tip are encouraged to change their bookmarks, update their feed readers, and spread the word. The Serious Tip.com now got it goin' on. 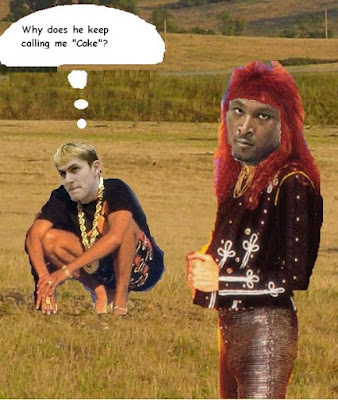 Few bloggers are more unpredictable than The Cavalier of YaySports!. A self-proclaimed disinterested Cleveland Cavaliers fan, the eccentric genius has in the past year run his site much like Osama Bin Laden - dropping an occasional rambling message while his acolytes (myself included) keep hope alive. He termed his negligence towards his blog "Blog Suicide", and it was supposed to be part of his epic plan prior to releasing "The Mother of All Sports Blog Media", a secret movie known as "Who Shot Mamba?".

As of Thursday morning however, mere hours after I filed my weekly Thursday post on the site, YaySports.com was shut down. After contacting the Cav and expressing my disbelief, I was told that a "redesign" was in progress and that the site could be closed for as long as a week. In light of this revelation, and my disappointment therein, I have decided to re-post my artistic depiction of new teammates and blogger favorites Kwame Brown and Darko Milicic on my own site. It might not be much, but I was proud of it, damnit. 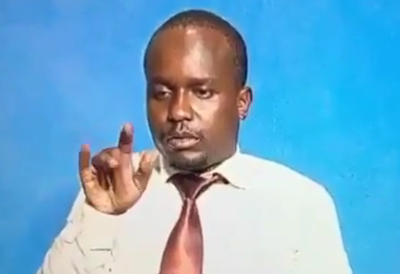 I just got back from a night gallivanting around town ...

At one bar I visited, there were several deaf people. They had to signal the bartenders in sign language or write down what they wanted. So I got to thinking:

Does deaf people's sign language get sloppy as they drink more? You know how people with normal hearing slur their speech when they are drunk? Does the same apply to the hearing impaired? Do they sign slower? Do they sign the wrong words? What if they get pulled over? Do they sign "Occifer, I swear I only had one beer."? Will the cop know the difference?

These are the things I wonder about.
Posted by Jordi at 11:14 PM No comments: