Facebook is a super irresponsible social net. And every so often it is a good idea to check what the biggest social media company in the world has on you.

Downloading your Facebook information is easy. You get all the facts you have inputted into Facebook since you opened the account. What you don't see is the mega-web of connections your presence has. But you can get a small scope by exploring your footprint and then realizing Facebook has data on everything you have interacted with as well as your facial information.


So here is what I learned by downloading all my Facebook information on Sept 29, 2018:


I made this chart from my friend list data.

I was actually quite surprised to see 2016 so high. From the data and looking at the names I removed, this was probably not due to politics at all. It seems I cleaned out my friends list early in 2016 and removed people I didn't interact with.

My goal is to eventually clear all but a year's worth of posts off Facebook. I'd like to keep the posts, but maybe copy them on to my blog, or maybe into a pdf file, and maybe even print them out into a diary type book. It will be a long effort, but I think it would be worth it. As a writer, it is inevitable that I will continue to create and interact, but with privacy concerns at all-time high, my words are better off with me than with Facebook.
Posted by Jordi at 4:39 PM No comments:

7 Months in Qatar – The Autumn of my Journey 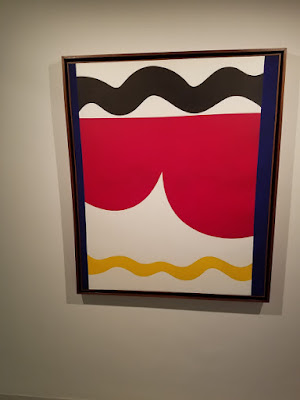 We are now in September, my 7th month of nine in Qatar is complete. It is starting to cool down here. The weather has dropped from 100 degrees at night to only 95. Despite the respite from the heat, a stifling humidity has moved in. For my Florida family and friends, the weather at night here feels like summertime Florida at 3pm, but without the rain.

Jobwise, things have picked up. I am working on some great projects that will lead me until my departure. There is increased focus on my work recently and that’s a good thing. Interestingly enough, the same projects I am doing here are very similar in structure to those I have done in non-defense jobs. Creating presentations and briefing insights to executives is the same whether they are in suits or uniforms.

But yet, as I mentioned in previous emails, once I return to the states, there is no job on this assignment. As I told my team lead, it is like the training wheels are off and I am being told to get off the bicycle.

As for my next move, I am still not sure. I am looking at many options. Some in Florida – where my stuff is in storage – and some not. I would prefer Florida, especially Tampa, but I am open to great opportunities if they present themselves. I would like to spend the holidays near family and friends first.

Outside of work, this has been a fun month. First and foremost, I attended the Qatar Comedy Festival starring Gabriel “Fluffy” Iglesias. If you have never seen Fluffy, he is hilarious and highly recommended. He and two other comics put on a great show. I was curious how political or vice (sex, drugs, alcohol, etc) the comedy would be. There was a bit, (Fluffy talked about smoking weed with Snoop Dogg), but overall it was a very clean show. Which was not surprising as these entertainment shows are put on by the very conservative Qatari government.

I also think it is interesting that when they want to be entertained, Qatar brings in internationally recognized talent. There is very little local Qatari comedy. There was a local show I went to a few months ago, and there was a show recently that I missed, but the local scenes for popular culture arts are rare. I am not sure the cause of that – perhaps because it is easier to pay for entertainment (adds to the appearance of status), or because it is easier to control the voices if they are imported and paid handsomely.

Along the same lines, I also visited the Modern Arabic Art Museum. This museum is near the universities in the education district. The Modern Art museum is very different from the Islamic Museum I visited a few months ago. As a friend pointed out, “Islamic art is decorative, Arab art is about the society”. From my visit to the museum, I think that is very true. There was art about society, about revolution, about suffering, about growth, and about how modernity has merged with traditional cultures.

Of course I took dozens of pictures. Half the fun of visiting museums is taking cool pictures.

Here is the link to all my Qatar pictures. Again, please start from the bottom as there are over 400 total.

Hopefully, this coming month the weather should be a bit cooler. I’ve heard in September and October is when the festivals and social events start happening again in the city. I also want to make a drive to the fishing towns outside of the city before November.

But that’s all for Month 7. Thanks for reading and I hope to see many of you in a few months.
Posted by Jordi at 5:26 AM No comments: