Star Wars links on writing, film studies, and bring arts to the military 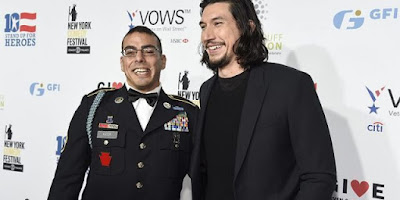 Star Wars: The Force Awakens has been out for over a month now and although I have seen it three times, I haven't written a word about it. That has taken a lot of willpower and discipline. But before I write my thoughts on the new movie and dive into my predictions on Episode 8, I wanted to share a few of the best Star Wars articles I've seen lately.

One of my favorite cinema and media studies professors is Henry Jenkins. I've written about Prof Jenkins before, especially in regards to his work on fan cultures. In his post about Star Wars, Jenkins first talks about how the movie has played such a big role in his life and in his studies. He then talks about what he likes and doesn't like about the new episode.

I want to write a Star Wars book. Who do I contact? - Jason Fry


I've written about Jason Fry before. A Star Wars book writer and a fellow Mets fan and baseball writer, Jason Fry is who I wish I was in another life. In one of his most recent posts, Jason provides advice to aspiring writers. While letting his readers know there is no clear path to writing for the Star Wars Universe - which may be a bummer for some - he does give advice for writing in general, no matter the audience.


Write because you love writing, not because of any one specific goal. It’s the love that will sustain you through the hard work of getting that track record, and carry you through successes and failures and good luck and bad. If things go well and you get some breaks, you might eventually be offered the chance to play in someone else’s universe, whether it’s a galaxy far far away or something else. And if not you’ll still be having fun and hopefully seeing a little success.

Adam Driver Brings Monologues to the Military: Arts in the Armed Forces - Vice.com

Vice.com put together a very cool video about Adam Driver (aka Kylo Ren of The Force Awakens) and his efforts to bring arts to military members around the globe. I can relate to Driver's cause. While I was in Afghanistan, I saw too many military members unwinding by playing war video games. That's not unwinding.

Perhaps through Driver's efforts we can see more military members get creative in their spare time. Perhaps some might even construct a stage in an MWR tent and act out some improv or some stand-up comedy or some acting. There are many studies that say being creative is a great way to alleviate stress. That might be a great thing in a warzone.
Posted by Jordi at 7:41 PM No comments:

When she's not laughing anymore 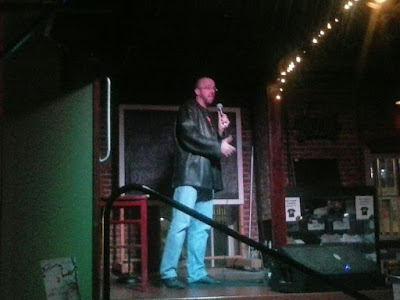 Lately, I've decided to start putting together some material for a return to the comedy stage. Stand-up was something I did from 2010 to 2012 and once in Afghanistan, but haven't done it since. I miss it. It was fun and creative and getting laughs and smiles was a very cool feeling.

For the first time in a long time, in middle of January I got on stage at the Tampa Improv Open Mic Night. My three minutes on stage weren't great, but they weren't terrible either. Enough for me to get my footing back and get over the first time jitters.

Along with the stage time, I am also concentrating on writing. I'm dusting off some old concepts, formulating new punchlines, and updating my material. I am also bouncing ideas off some friends to get their reaction.

Unfortunately, over the last few months, I haven't heard from a good friend who dug my past stuff and with whom I had years of hilarious conversations. Even though she wasn't a comic herself, our sense of humor was so in line, she got my jokes better than most folks in the comedy scene. Hell, she even quoted one of my bits on Facebook.

I know I will perform comedy again. I know I will be back on stage. Although I'd like every one of my friends to be in the audience when I take the stage again, I'd be really happy to see her there, laughing at my material again.
Posted by Jordi at 3:33 PM No comments: