The Curse of the Evil Online Ego 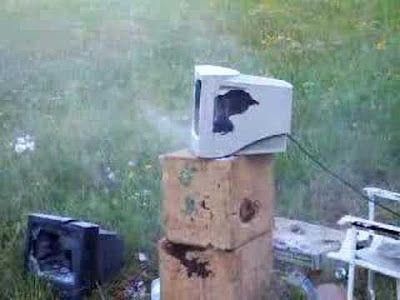 Quick post today based on something interesting I read on Wired.com:

In an article entitled "Pseudonymity, Anonymity, And Accountability Online", author Sheril Kirshenbaum discusses her opinion of another article on the Wild, Wild West of Internet commenting.

This discussion of how people choose to comment on the Web behind the cloak of anonymity has gone on for a while among people who observe culture, media, and technology. The Web is not for the sensitive, bringing out the worst in racism, sexism, and overall meanness.

But there is another less-talked about effect of the Web. That which may even have an effect on lives offline.

There is an allure to be egotistical online. What you write comes from you and is your opinion and your words and often times, being from you, they have to be right. And when faced with the slightest bit of objection, people online tend to either coat their expression in the Internet language of snark or they become highly combative. Neither of which is very healthy.

The Internet has unfortunately decreased our ability to have civil discussion and instead preached argument. It has fostered a culture in which a solo opinion is all that matters and that people have to outshout or outargue everyone else.

If you do a lot of work online, this can be particularly dangerous.

Although you can turn off the computer and mutter under your breath how much of a moron the person you cyber-argued with was, that is not a healthy habit offline. Because it only takes one to type and comments are rarely made by consensus, the Internet has devalued cooperation, listening, and compromise.

As I live by myself, sometimes I have noticed these traits slip into my own interactions. Nothing major, but the ego and hostility that bear its fangs in online debate sometimes slips out offline.

I need a dog or maybe a Russian bride.
Posted by Jordi at 9:55 PM No comments: 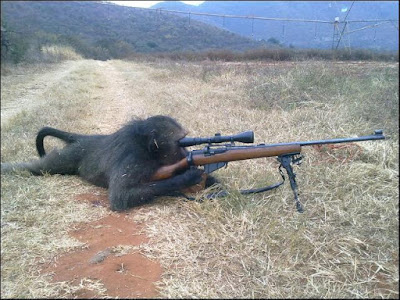 Since this blog has gone in a million different directions lately, I figured I might as well go somewhat political-military-strategic today.

In the last few years hackers have caused almost as commotion and aggravation to governments and businesses as terrorists. I'm sure there are people out there that would label them "cyber terrorists". Two of the premier hacker groups are the associations Anonymous and LulzSec. Both of these groups aim to debilitate the powers that be that they feel are taking advantage of the little guy. They are sticking it to The Man as they see fit.

More power to them.

But my question is, are there any rappers who name-check them yet? Rappers are big in name-checking African rebels, Muslim terrorists, domestic terrorists, freedom fighters, and other folks who fight the power. But do they ever mention either of the two groups who are causing the most ruckus? I'm sure there is a lot you can rhyme with Anonymous or LulzSec.

I was reading an article on a conspiracy web site that talked about how a terrorist attack at Disney World could severely destroy what remains of Florida's economy. According to the counterterrorism analyst, if the tourism goes, so does Florida's economy. Makes sense to me.

But I have always thought terrorists could take a Disney attack to the next level. Why stop at Disney World? Why not attack Tokyo Disney, Euro Disney, and Disney Land as well? If a group of suicide bombers synchronized their watches and exploded bombs at the main entrance of each Disney park at the same time, it could send ripples through the global tourism industry. Granted at least one bomber wouldn't claim any victims as the parks would be closed, but I don't think that's not the point of most terrorism.

If the point is to show global reach and the ability to scare people from doing what they would normally not be scared to do I think an attack on each Disney main entrance at the same time would do that.

Disclaimer: I like my blog. I like writing on it. I am not advocating or supporting the actions of any group mentioned in this post. Nor am I advocating any violence. I own Disney stock, why would I not want people to go there? What I am doing to expanding on issues that are in the news and brainstorming a little.
Posted by Jordi at 1:12 AM No comments:

Additions to the Essential American Songlist 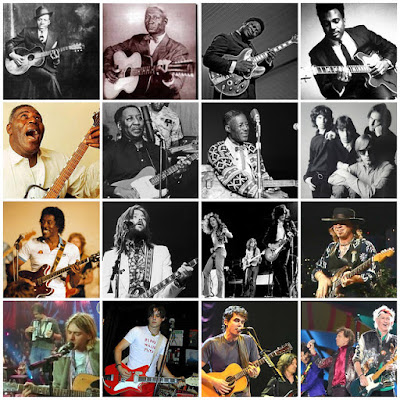 A few weeks ago, I read an interesting editorial by Ernest Hooper of the St. Pete Times. In this editorial, Hooper tries to create a playlist of essential American songs, songs that, in his words, "reflect life in our nation".

After having over 3 CDs worth of ideas, Hooper narrows his selections down to 30. There's some Elvis, some Skynyrd, some Michael Jackson, and many others.

But in my opinion, however, his list leaves a bit to be desired. It's not bad, but I think it could be better.

Here are a few changes I would make:

1) First of all, Hooper has zero blues songs on his list. That is unacceptable. He has a lot of soul and Motown, but nothing directly influenced by the Mississippi Delta. Since Hooper starts his list in the mid-1950s, that eliminates a lot of the classics, from Robert Johnson to BB King's The Thrill is Gone (1951). But since there is also no Jimi Hendrix (perhaps Hooper considered him a "British act"), I would include Red House. If possible, I might also add a Stevie Ray Vaughn tune.

To make way for Jimi, let's remove Saturday in the Park by Chicago.

2) Hooper's hip-hop selections are off. He lists The Message by Grandmaster Flash and the Furious Five, which is great, but then he lists Dear Mama by 2Pac and Lose Yourself by Eminem. I would delete both of those and replace them with Fight For Your Right by the Beastie Boys and Nuthin' but a G Thang by Dr. Dre and Snoop Dogg.

The reasoning there is that Nuthin But a G Thang is perhaps the best West Coast rap song and it talks about the scene, where as 2Pac only talks about his family relationships. The Beastie Boys need to be on there as they were one of the biggest links between rock and rap and it was they, moreso than Run DMC, who made hip-hop acceptable to white audiences, without of which it would not be what it is today. And Fight For Your Right is a great party tune.

There is also a huge need for Public Enemy on this list, especially since he lists Marvin Gaye's What's Goin On and Sam Cooke's A Change is Gonna Come. I would add Fight the Power. Let's remove Don't Stop Believing by Journey.

3) Hooper also misses out on heavy metal. Nirvana is as heavy as he gets and Bon Jovi is the only hair band on the list. Keeping Bon Jovi as the 80s hair representative and Nirvana as the model grunge band, I would add a Metallica tune, since they typify American Metal probably more than any other band. As for which Metallica tune, I would go with Master of Puppets. Not only is it one of Metallica's best, but it also addresses the social issue of drugs, which doesn't get talked about much in Hooper's list.

To make room for Metallica, I'd take out I Want You Back by The Jackson 5. Hooper already has Michael Jackson on the list, so there is no need for Tito and the rest of the gang.

4) There is a definite lack of punk rock on Hooper's list. I'm no punk expert, so I'll leave that to others who might be, but at least a song or two from that genre needs to be on the list.

So I added five songs, with a chance to add more with punk input. That means I kept 25, which I definitely have to give Hooper credit for. His list might not be perfect, but it is a great start.
Posted by Jordi at 10:51 PM No comments: 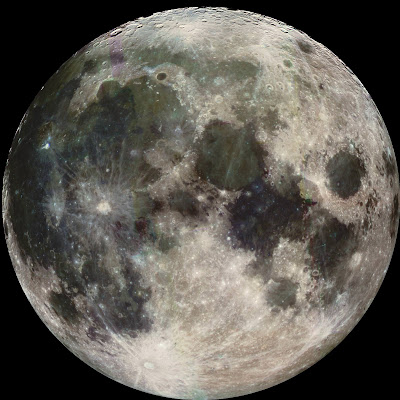 Every once in a while I think about science. I read a few science blogs, so I guess it's only natural. The other day, after reading about a comet that somewhat "buzzed" the Earth, I started thinking about The Moon.

Everyone likes The Moon, right? It's our moon. It is the only moon in the universe addressed as "The Moon", which gives it sort of a "Cedric The Entertainer" vibe. People sing about The Moon, they depict The Moon in art, they even include The Moon in their songs. There is generally a lot of goodwill directed towards The Moon.

(Unless you are a vampire, then you don't like full moons. Or a reluctant werewolf, who also despises full moons. But half moons, quarter moons, et al, those are ok in everyone's book.)

But what if the moon was in trouble? We have many movies about saving the Earth from comets, but I don't think I have ever seen anyone give a second thought to the Moon. Which I think is a shame.

The moon regulates tides. It's quite important. But what if it were on course for a collision with an asteroid or a comet? That would severely mess up life on Earth. But it would also surely cost us a lot of money to defend land we don't live on.

And who would pay for defending the Moon? Would America take charge? Would it come out of our defense budget? I could definitely see Congress debating about the costs and allocations while whatever was threatening the Moon inched closer.

And who would execute this grand plan? Would the US ask the whole world to chip in? What if other nations don't see the benefit? After all, it is just the Moon. Do the costs of Moon defense outweigh the benefits for the entire world?

Would we feel neighborly guilt if we don't save the Moon? Romantic evenings staring at the Moon would be a thing of the past if it was taken out by a comet. What if the Moon got whacked out of orbit a bit? According to Discovery Magazine, the Moon might have gotten whacked so hard billions of years ago it actually flipped in orbit. So it can happen.