How to Survive as an Unemployed Veteran 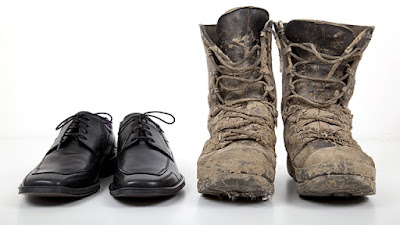 (This is in response to an article entitled "How to Survive as an Unpaid Intern" posted on IvankaTrump.com. I'm not passing judgement on the article nor making a political statement, but I just thought it would be a good idea to share knowledge I've accrued over the last few years.)

Welcome to my advice column, led by me, a super-talented unemployed veteran! Here I’ll be addressing a topic that is top of mind for veterans trying to get in any industry.

It’s the conundrum every unemployed veteran knows well: You don’t have a paycheck, but you still have living expenses. It can be tough for already-stressed veterans who know non-military experience is incredibly valuable in building a foundation for a new career, but aren’t sure if they can afford to work for free or at an entry level position. What’s to be done? With this being my third year of unemployment, I’ve learned a few tricks.

Save up during deployments

If you know you’ll be unemployed for a while when you get back, you can anticipate your expenses by putting money made during deployments aside in a separate account. I did this after I returned from Bosnia in 1999, then left active duty three months later, and more recently after I returned from contract work in Afghanistan in 2013. Additionally, if you put your money a fund or two with decent returns, you might be able to pay some bills or afford college tuition on the interest.

What about when your savings aren’t enough and bills still need to be paid? If you can find a short-term contract that capitalizes on your military experience, do it. Even if you are trying to move into a different field. Even if you have college or other commitments. Short-term contracts typically pay very well. Before you have opened doors in a new field, tap the well in your previous field to see if there is any water left to be drawn.

Don’t be afraid to ask for help

THIS IS HUGE. I can't emphasize this enough. There are so many groups and people out there willing to help veterans find work. If you are in college, as I am, college veterans groups are a great place to start. Most metropolitan areas have career assistance groups who can help re-write resumes and facilitate networking with folks in the civilian workforce. There are also veteran job fairs, where employers seek out people with military backgrounds.

Note: don't rely on corporate veteran recruiters. They are typically of little help. They work for their company. If your resume isn't exactly what they want, they won't guide you in the right direction. Most of the companies who advertise how many veterans they hire are only promoting it to pat themselves on the back. Avoid asking corporate veterans recruiters for help.

Rent on the cheap

If you have no idea how long your unemployment is going to last after you separate from the military/defense world, live cheap. Rent a small apartment and live well below your means. That might mean getting a roommate or two. Find a place that includes cable and utilities. I took a huge step backwards and put most of my belongings in storage while I went back to school. Getting my stuff out of storage is a huge motivator to getting my career on track.

Set a budget for yourself

It’s always important to allocate money wisely, but even more so when you aren’t bringing in an income to supplement your spending. Set aside maybe one night a week for a few drinks or socializing, but after that, keep it tight. Keep a spreadsheet of your receipts. After a while, you should be able to see trends in how much you spend where and when. Don't keep all of your money in one account. Tell yourself that one of your accounts is Red Zone money - not like the football red zone, but the "times are really tough" money. That money should be what you spend last.

Hopefully this guide can help veterans who are struggling to make ends meet during a job hunt. If my re-write of Ivanka Trump's unpaid intern survival tips can help one veteran survive unemployment, then my mission here is accomplished.
Posted by Jordi at 7:56 AM No comments:

The Case of the Mistaken Lortz

Today I received an interesting email from someone with an Asian name.


Hello Mike, good morning. I am planning to remodel three bathrooms of my house. Mr. (another Asian name) refers you to me. Could you please give me a call to discuss the further details ASAP? I can be reached at (402) xxx-xxxx (home) or (402) xxx-xxxx (cell). Thanks a lot.

At first, I thought the email was spam. I've gotten enough notices from Nigerian princes who need help moving money from one account to another to be suspicious of emails from people I don't know.

But the text of this one sounded a bit too earnest. It sounded authentic. So I decided to google.

I started by searching the sender's email address. It was legit and belonged to a professor at a university in Omaha, Nebraska. Then I googled the person who "recommended" me. Sure enough, he too was a professor from a midwest university.

Then I googled the phone number the requester asked me to call. 402 is an Omaha area code.

I had enough evidence to think this was legit. All the information led to an Omaha business deal. But why were they contacting me?

My final web search was for "Lortz Omaha". The first result:

According to their website, "LHS, Inc. specializes in basement finishing, kitchen and bath remodels, decks, home maintenance and some additions."

That had to be who the email sender was looking for. There was no way this was spam.

I sent a reply email informing the sender that he had the wrong Lortz and I provided the number and website of Lortz Home Solutions.

A few hours later, I received a reply.


Hello Michael, thank you very much for alerting my mistake. Yes, I tried to contact Lortz Home Solutions in Omaha. I have got in contact with him now and hope my remodeling will be smooth and look great later. Thanks a lot again and best regards.

Answering emails from people we don't know - especially when they are proposing a business transaction - is usually a big time Internet no-no. But sometimes people make honest mistakes. I could have deleted the email or I could have been a complete asshole and led the person in the wrong direction (I thought about both options). But in the end, the good person in me won out and my five minutes of googling provided the sender with the correct contact information.

They were lost on the information superhighway and instead of running them over or cursing them out, I pointed them in the right direction.

I like to think I did a good deed.

In retrospect, I should have asked for pictures of their finished bathroom.
Posted by Jordi at 2:52 PM No comments:

The greatest presidential documentary ever

Last year, I wrote about my favorite presidential debate - the lesser-known candidate debate of 2000. This debate had a cast of characters that could not be made up. It featured:

Taylor is the star of the debate. He was also the only candidate making a documentary of his attempt to be president. A creative genius by trade, Taylor wanted to create a step-by-step documentary about a normal guy who runs for president.

For 16 years, I wanted to see this video. Fortunately, some benevolent soul posted it on YouTube several years ago. At the time I am writing this, it has less than 100 views. I have made random videos of toys singing Christmas carols that have more views than this important piece of political cinematic history.

There is so much here relevant to the 2016 presidential election.

Getting on the debates - third party candidates are still struggling with this. We even had candidates skipping debates because they thought they were unfair.

Making your own debate - this sounds like a very Trump thing to do. As a matter of fact, a lot of Taylor's steps are Trump's steps but with the backing of a billion dollars.

Doesn't the guy at 1:40 sound a lot like something Trump would say? "I am the only one with the physical, mental, and moral toughness to start this entire government up from scratch."

Taylor also admits he is an idiot (2:20). He is the complete opposite of Trump, who would never admit being wrong or anything less than a genius. Comparing Trump to Taylor is a bizarro world where everything is opposite with a strain of similarity - that they are both outsiders trying to be president.

Go Where the Cameras Are (4:20) - This is another Trump technique. Always let the cameras see you.

Bother the Other Candidates (5:18) - Another Trump technique. Trump made the Republican primary a mud wrestling fight of insults and innuendos. Candidates couldn't get down to the real issues and solutions because they were constantly having to fend off the latest barrage of Trump statements. Trump was in their head and in the media. Unfortunately of Taylor, the other candidates didn't bite.

Get Votes (7:30) - Again, this is bizarro Trump. Taylor finds one person, a young voter whose car Taylor helps fix. Although I am pretty sure candidates can't walk voters to the voting booth. I think that is illegal. Btw, Jim Taylor's voter, Katie Cailler, still lives in New Hampshire.

Unfortunately, Jim Taylor only received 87 votes in the New Hampshire primary. I guess not enough people believed everything was crappy.
Posted by Jordi at 4:18 AM No comments: