Thoughts on Music in Afghanistan 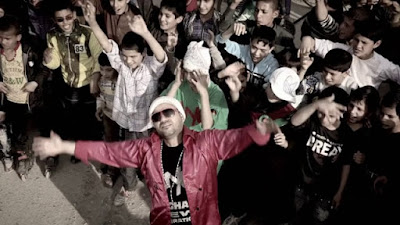 Lately I've been reading about music in Afghanistan. I've been looking at both sides - music listened to by traditionalists who want to hold people down and the Western-influenced music played by those who want progress in Afghanistan.

On one hand, there is the music of the Taliban, often called "taranas" or "nasheeds". These musical forms have been around for hundreds of years and remain relatively unchanged, becoming almost hymns for conservative movements.

Nasheeds are Arabic sung poems that focus on the warrior and praising him for his actions and deeds. There are a lot of nasheeds throughout the web. Many are sung without music, in a chanting type form. A Pakistan militant group called Jaish-e Mohammad has over 30 tracks on archive.org to sample, for example. Taranas are also music-less songs, but are more Persian in origin. A 2011 article on Afghanistan-Today.com states that taranas are known for "the nationalistic and religious zeal of the songs, which also draw on Pashtun folklore and stirring family images". According to the article, the Taliban have been mass producing taranas and spreading them though a cassette tape underground in a huge public relations blitz.

I wonder if these cassette tapes are filled with taranas of different artists, or just one per tape. How many songs are on a tape? Are they more like albums or mixtapes? Are there known distributors pumping out volumes of different taranas out of mosques? Are they like underground DJs back in the early days of hip-hop? How does a tarana singer get known? Is it all based on word of mouth or is there a who's who in distribution?

Meanwhile, there is another form of underground music in Afghan - hip-hop and heavy metal influenced by the Westerners who have been in Afghanistan for the last 12 years. American troops and other people from around the world have brought their Metallicas and Jay-Zs with them to Afghanistan and shared these songs with Afghans they come in contact with. And many Afghan youth, hungry for new culture and excited to learn about the world outside of Afghanistan, have grown interested in western music to the point where they have formed groups and bands and grown fan bases of people who want to hear them. Unlike the taranas or nasheeds, this music is carrying on the Western tradition of musical evolution and bringing with it creativity, a broad sense of "newness", openness, and, to use a former Soviet term, "glasnost".

Afghanistan hip-hop's central online location is the aptly named AfghanHipHop.com. On the site there is a list of Afghan MCs and DJs. I am not sure however how old the list is, or whether those listed are DJs and MCs who live in Afghanistan or those from Afghanistan plying their craft elsewhere around the world. According to a quick internet search, the most popular Afghan MC is DJ Besho. A 2006 BBC news article infers that DJ Besho lived in Germany, but did have a contact with an Afghan TV station to play his music videos.

Unfortunately, it seems as of 2006 DJ Besho looked to some bad examples of American MCs for someone at the forefront of a growing hip hop movement. BBC News quotes Besho as saying he was highly influenced by 50 Cent as well as 2Pac. 2Pac could be worse, but I hope that the influence is early conscious 2Pac, not the Thug Life later-era 2Pac. But the fact that Besho talks about how he wants girls shaking their ass in his videos is not a good sign.

I wish DJ Besho had been influenced by more socially lyrical MCs such as Common, Lupe Fiasco, Nas, or even Boots Riley. Would it be too much to ask for him to be the Public Enemy of Afghanistan? One of the Afghans I work with said to me "Mike, in Afghanistan, life is always stressful." There are things that happen here that make 1990s South Central LA look like a church picnic. Everyday I read reports of buses exploding, suicide bombers, kidnappings, murders, oppression, drugs, etc. That's perfect subject matter for hip-hop lyrics. Patriotic songs and songs about God are great, and are also seen in the US (see Toby Keith), but hip-hop has always been about communicating social situations - as Chuck D said, it is the "black CNN".

Although DJ Besho is perhaps the most popular MC from Afghanistan, the most recent report on Afghan hip-hop is perhaps the most promising. According to the Associated Press, Afghanistan now has their first female rapper, a 23-year old named Sosan Firooz. In the AP story, Firooz is being threatened for life for rapping about life and conditions of a woman in Afghanistan. As Firooz rhymes and sings about injustice and freedom, her family has to protect her from those who want to stop her. The article ends by stating that although her computer sometimes doesn't work, and she doesn't have money to make CDs, she will not stop making music.

Hip-hop is not the only emerging form of Western music being played by the youth in Afghanistan. Heavy metal is also gaining fans. According to a Reuters article written last June, heavy metal is filling the gap most hip-hop is not. Metal musicians in Afghanistan are singing about frustration and war and societal ills. While Firooz rhymes in one Kabul neighborhood, other Western-influenced musicians living in Kabul have created a "school" where young Afghans can play and learn the art of metal. Unfortunately, like Firooz and any other aspiring Afghan Western-influenced musicians, the young metalheads have to take refuge in Kabul and stay away from the more conservative, dangerous rest of the country. Many must even must lie to their families about their hobbies and hide their interests from those who call their music "satanic" or "Un-Islamic".

However, staying in Kabul has it's advantages. On October 4th, heavy metal bands played as part of Kabul's second ever music festival. Over one hundred Afghans came to see the show and rock out. For the US and Western countries, 100 people might not be much, but for Afghanistan, it could be the start of something huge. To paraphrase Gil Scott-Heron's almost overused line, while the West sees Afghanistan's constant war and military conflict on their news channels, the cultural revolution - pushed forward by those using hip-hop and heavy metal as a vehicle for expression - will not be televised.
Posted by Jordi at 1:05 PM No comments: