On occasion, I've been known to be a bit aggressive on the road. I'm not a bad driver, by any means. I know, everyone says that, but I've never been in an accident (knock on the web equivalent of wood) that wasn't a slight bumper tap. The only time I have ever needed to involve auto insurance was when my truck was broken into.

But I do have a few speeding tickets. Ok, more than a few. Eleven at last count. All in Florida. Three or four in Hillsborough County and one each in several other counties.

So with that in mind, and as an avid fan of rapid movement, I am always interested when art depicts the driving experience. Especially if their depiction of driving is like my real-life driving. Like this new cartoon by Nate Theis entitled "Driving" (h/t CartoonBrew).


DRIVING from Nate Theis on Vimeo.

In the Cartoon Brew interview, Theis admits to being influenced by this classic Goofy cartoon from the 1950s. Good to see little has changed on the roads in 50 years.

Email ThisBlogThis!Share to TwitterShare to FacebookShare to Pinterest
Labels: Cartoons 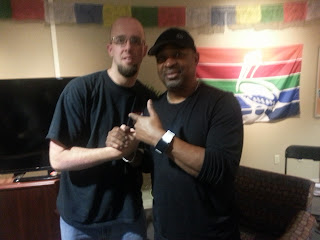 Back in February, I had the opportunity to interview legendary hip-hop performer Chuck D of Public Enemy. Chuck D was speaking at Eckerd College in St Petersburg. Thanks to the folks at WMNF 88.5, Tampa's community radio station, I was able to get 15 minutes of Chuck D's time and ask him about his relationship with Kenny K Waters, Tampa's first hip-hop DJ.

On my list of interesting people I've had a chance to interview, Chuck D is on the top. Chuck was exceptionally courteous, give me time when everyone else wanted to talk or take pictures with him. And he gave great answers, especially considering we were talking about an old friend who passed away over 20 years ago.

This video is being posted now to raise awareness for this year's Kenny K Celebration and Concert taking place on October 25th in Tampa. This year's event is especially notable as it is the first time Shock G of Digital Underground will be making an appearance. According to the Facebook page on the event:


Kenny was the 1st DJ in Tampa to bring Hip Hop to the radio via WMNF.org 88.5 FM and expose the Tampa Metro area to the innovative hip hop coming from the east as well as the west. Kenny was also a founding member of the legendary rap group, Digital Underground, whose hits like 'Humpty Dance' and 'Doowhatchulike' as well as helping to start the career of 2Pac, cemented their place in history.


For more on Kenny K, check out my interview with Chuck D:

A few months ago, I heard about Bill Murray's newest movie in which he plays a talent manager who finds a unique singing voice in Afghanistan. Recently a new trailer and release date came out.

Having read and written about female singers (and rappers) in Afghanistan, I am curious how this will play out. Will it be accurate? Will they mention any real world Afghan voices? That would be impressive.

I also wonder where the movie takes place. From the trailer, Bill Murray lands in a major airfield. There are only a few of them in Afghanistan. His location will play a big role in threats and situations he will be in. Even the weather and scenery are different depending on the region.

From her brief appearance in the trailer, the Kate Hudson character intrigues me. Who is she and what role does she play?

The out-of-place foreigner who relies on wit and charm is typical Bill Murray role. I hope Rock the Kasbah isn't too much like Lost in Translation meets School of Rock. That would be predictable, boring, and almost insulting to the plight of artists/musicians/creatives in Afghanistan, many of whom are threatened by violence everyday for trying to express themselves.

But if this movie has a serious underlying message, it could be really good. And the struggle of artists, singers, and creative people worldwide needs a good international movie to rally around. I'm skeptical that an American movie starring Bill Murray will carry that much weight.

It would be great if proceeds from Rock the Kasbah went to support international artists funds or creative endeavors in Afghanistan. But if this is another "fish-out-of-water" Bill Murray movie - one combined with a white man's burden and inaccuracies about Afghanistan - it has a chance to be really, really bad. 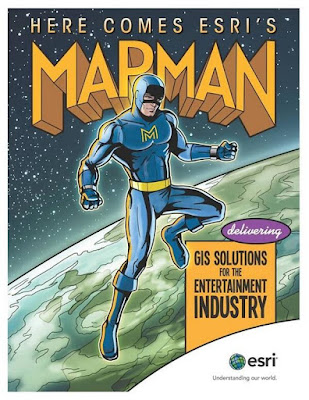 Sometimes in the course of daily affairs, we need help with the little things - those minor obstacles that frustrate us and stand in the way of us having a generally swell day. We often fight these frustrations alone. Unfortunately, like 911, the police, or late-night Taco Bell, super heroes should only be called upon in case of emergencies.

But what about when we don't need to be saved from a mugger, a fire, or a maniacal madman set on destroying the city? What if we don't need super strength, super vision, or the ability to tackle demons from another dimension?

We need a legion of lesser super heroes. Those who might not be "super", but kinda better than good. Not-so-heroic heros, but heroes nonetheless.

Advertising has given us a few examples of non-traditional heroes with niche talents who came in handy when needed. For example, there was "Condom Man" for sexual protection and "Keith Stone" for cheap, watered-down beer. But those needs don't occur often for most of us.

What we really need is a conglomerate of super friends who fly around helping people with their most common needs. Heroes such as:

Water Bottle Woman - A seasonal hero, she flies through the city with a belt and backpack full of water bottles. If she sees someone sweating, she fights dehydration by providing those in need with a cool drink of H2O.

Lighter Woman and Cigarette Man - These two heroes are often seen together fighting two ends of the same dilemma. Some citizens have a cigarette but need a light and others have a light but need a smoke. When they sense a smoker in trouble, one member of this team springs to the rescue.

Toothpick Man - Ever have a little piece of something caught in your teeth? No amount of tongue wrangling is going to dislodge it. That's where Toothpick Man comes in. This skinny semi-superhero senses your struggle and swoops in with a well-placed toothpick to help smooth your smile.

Milk Lady - Like the milkman of yesteryear, but with a cool super suit instead of stodgy truck, Milk Lady appears when you are out of milk and provides you with a bountiful amount of cow juice. Because nothing is worth than having cereal and no milk.

The Phone Finder - The newest of our heroes has the most to do in today's culture. Whenever there is a phone lost or misplaced, the Phone Finder will be there to find it. He will search high and low, near and far, and under every bar to find missing phones. While he is usually busiest on Friday and Saturday, more than half of the phones he finds are forgottenly misplaced in pockets and purses.

And here is where we lament the sad demise of Atlas Man, a long-time hero who provided directions to the lost and wandering. Since the advent of cell phones and GPS devices, Atlas Man has had less and less to do. Even his full-time profession as a map maker shrunk in importance. He now spends most of his time in his mother's basement, building geographic databases of geological geniuses. While those he tracks are smart with the rocks, some say the once super map man has lost his own marbles.
Posted by Jordi at 10:19 PM No comments: