Jon Stewart looks for the Warrior Games Torch in Tampa

The 2019 Warrior Games is being held in Tampa, Florida this week. The Warrior Games is a competition involving wounded military members of the US Armed Forces and several other national militaries, to include the Brits, Canadians, Australians, and more.

Like other international Olympic games, the Warrior Games begins with a torch lightning ceremony. But unfortunately, before the event could begin in Tampa, the torch was missing. Special Operations Command - the US Military's elite forces - had to call in the only man with the skill to find the torch and bring it home:

While on his hunt for the torch, Titus O'Neil boarded a Tampa trolley. Meanwhile, I was minding my business, riding the trolley, wondering what I was going to eat for lunch. Suddenly, I was approached by the hulking WWE superstar who thought I was hiding something.

I was petrified. I had to swear I didn't have the torch. Luckily, soon after, they found the perps - Thunderbug, mascot of the Tampa Bay Lightning, and former mayor Bob Buckhorn. 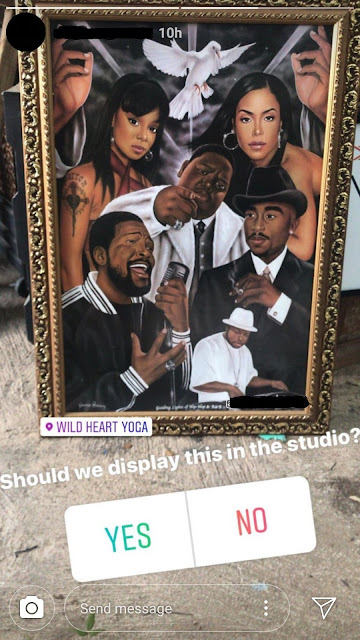 I have been a Hip-Hop fan since the early 1990s. I remember being into MC Hammer and the Fresh Price in middle school which led to liking LL Cool J and Public Enemy in junior high. By high school, I was engulfed in Hip-Hop, collecting everything I could of Wu-Tang, Nas, 2Pac, Redman, and Ice Cube. I traded tapes, borrowed CD's, and recorded radio shows.

But as a white middle class kid in the Florida suburbs, I was detached from the core of hip-hop. Even though the content of hip-hop spoke to me - the idea of getting out of your current struggle and making life better - hip-hop was never really mine. I could enjoy it, I could talk about it, and I could be as big of a fan as possible, but I could never be truly of the culture.

As I grew as a Hip-Hop fan, I started participating in the culture. I wrote freelance articles on local artists, I posted youtube videos of local concerts, and I even got to interview legends. Meanwhile, I grew frustrated with those appropriating the culture. People who looked like me from my upbringing in White America claiming Hip-Hop for their own and never acknowledging the roots of the music or giving back in any way.

Hip-Hop, while being open to all cultures and people, is protective of its cultural roots, possibly because Black culture saw what happened to the Blues and Jazz. But Hip-Hop can't protect against all those who rock the music but miss the message.

White Hip-Hop fans need to call out people who look like them who are disrespecting Hip-Hop.

My least favorite offenders of Hip-Hop appropriation are white middle aged women, typical "yoga moms". Yoga moms are as far removed from the struggle of Hip-Hop culture as possible. Many have come from comfortable middle class upbringings, went to predominantly white colleges, and live in predominantly white suburbs. Yet they have claimed parts of Hip-Hop for their own without adding anything to the culture.

For example, the "Pour some coffee, put your hair in a bun, put on some gangsta rap, and deal with it" phrase is appropriation at best, exploitation at worst. Gangsta rap is not for Starbucks drinking, minivan driving, soccer moms. Etsy stores selling gangsta rap slogans should be called out and chastised.

I though nothing could be worse. Then I saw a predominantly white yoga studio poll its instagram followers whether they should hang up a portrait of deceased Hip-Hop and R&B legends.

That's not yours. You shouldn't have that and you shouldn't hang it up. And leave Hip-Hop culture alone.
Posted by Jordi at 11:18 PM No comments:

With the relaunch of this website, I thought it only fitting to dust off a old commercial for this site filmed by the AfroSquad.

There is still no stock market information here.
Posted by Jordi at 1:40 PM No comments: