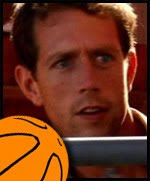 E-migo Brian Spaeth is doing a virtual tour promoting his new movie and other ventures. You know what that means: Guest Post!

I've known Jordi for several years now, and pretty much at every turn I screw him over in some way - one time I had him write on my old website for like 4 months (more like 18 months, ed.), and then I deleted all his posts later.

What's wrong with me.

Anyway, I know he's been getting active in social networking and social media and social internetting and being social online and also Twitter. As such - and because I am a self-perceived expert in these areas - I've decided to give Jordi something for his website blog.

Here is - as clearly as I can state them - the best ways to meet - and not meet - girls on Twitter. I didn't create all of these, but I've certainly perfected them.

2) Be action-packed in your picture. There's a reason I have a picture that's action-packed looking. It's so girls think I'm always on an exciting adventure while I do my important Twitter typing.

3) Never, ever talk about how raw Green Lantern is in your profile. Stuff like this maybe only works for me.

NOTE: In an odd bit of counter-point, I just looked, and 75% of the people I follow are 18-year old girls.

5) Along those same lines, is it "18-year olds" or "18 year-olds". Hyphen placement perplexes me, especially since my personal abandonment of the question mark. Oh - don't mess with grammar at all, or imply you lack education. Girls hate this.

6) Don't do sexual innuendo in public. Like any males who follow you are just gonna think it's weird, and any females who respond to it are just giggling at you with their friends. They're not giggling with you.

NOTE: SERIOUSLY, DON'T DO THIS. NO JOKES HERE.

7) Don't talk about how you hate dogs. This only works for me. In cases where this is done and it's not me, it's unsettling for females.

8) Don't be arrogant and self-absorbed. This is another that only I seem able to pull off.

9) You shouldn't Tweet about how you're going to the gym, unless you're doing it with fake bad grammar with an implication of an aversion to dogs, and also to meet 18-year old girls.

10) Be yourself. Also, if you search for "Grey's Anatomy", that's where all the good-looking girls are. Also "Gossip Girl", but that's only for 18-year olds, and you know you shouldn't be talking to them on Twitter anyway.

Which of these do you think are real and which are not. Also, do you think Jordi should delete this post one day -

Brian Spaeth is the writer and star of Who Shot Mamba?, a Broadband Motion Picture debuting October 13th on Koldcast.tv. You can see the first teaser-trailer on the website, and the second exclusively at the Facebook Page. Brian has also published two novels, and writes regularly at his own blog.
Posted by Jordi at 5:09 PM

I'm not 18 and I like dogs but I talk to you anyway. I'm rethinking that. Then again, the Green Lantern is raw. Don't delete this because it really is good advice.

1. I swear by the moon and the stars in the skies.
2. You see that no-look action on my avatar? Impressive.
3. I only talk about myself being raw.
4. I probably follow many 18-year-olds. Hell, I probably follow many 17-year... never mind.
5. Correct grammar is sexy.
6. Me? Sexual innunendo?! Never!
7. My dog has Twitter. Instant chick-magnetism.
8. I am the embodiment of self-absorbed.
9. A gym? My workout consists of wings and beer. Sexy.
10. I agree with 'being yourself' unless 'yourself' sucks. And I just broke the news on Twitter that I don't watch Gossip Girl.

I really don't know where I'm getting at but I'm also a certified internet stud. And since I claimed to be that, follow what Brian does and don't follow what I do. The end.

So that's how it is done! (takes notes).
Way too funny, although I would note that Brian has some advantages the normal guy doesn't have--like Photoshop skills to touch up his photos. KIDDING.