Cause of Death: Knocked Out By the Hero 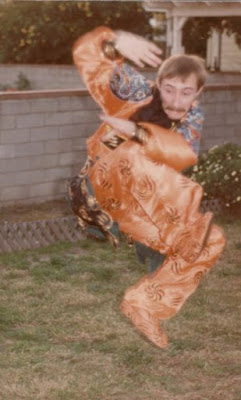 Much to the chagrin of many people, I think too much. It happens all the time. Almost unconsciously. For some strange reason, whenever anything happens I can't just relax and let it go without having an opinion or attempting to fit whatever it is in my personal schema.

Needless to say, an odd thought entered my cerebellum this weekend as I watched Star Wars: Episode III.

Did the Empire have a Casualty Notification process? How did they convey the news of the deaths of Imperial Officers and troops to the family they came from?

(I know most Stormtroopers were clones, at least through the Clone Wars Era. They didn't really have families, unless the Empire sent all the notices to Boba Fett, as he was their only next of kin. But the officers and other staff members had to have families. I don't think they were clones.)

I can't fathom the scope of the job of the Imperial Casualty Notification Office. Especially after the destruction of each of the Death Stars.

Here is how I think an Imperial death notice written after the Death Star explosion may have read:

Perhaps you heard, the Galactic Empire recent suffered a grave loss at the hands of rebel scum. Your son, (insert officer's name), was killed when these rogues destroyed our bastion of security, the Death Star. He, along with 31,622,963 fellow Imperial military members, lost their lives in the service our beloved Emperor.
In these sad times, be assured your loss is our loss. Your son was a valued member of our armed forces and the Emperor and Lord Vader have vowed to find and punish those responsible for his death. They will join us or be destroyed.

(By the way, on the subject of remembering those who perished in the Death Star explosion, check out this hilarious College Humor.com video of Stormtroopers reminiscing.)

Of course, the idea of death notices should not be limited to a long time ago in a galaxy far, far away. What about the scores of other goons, henchmen, minions, and lackeys who were beaten, pummeled, or generally defeated at the hands of heroes? Who informed their loved ones? Did they have loved ones?

Take for example this scene from Bruce Lee's classic Enter The Dragon.

Bruce Lee knocked out 49 thugs in this 4 minute clip. Some just received a kick to the head, while others were flipped through glass, tossed into water, mauled by prisoners, or had their necks broken. It is, without a doubt, a cornucopia of kung-fu casualty creation.

But again I wonder, were the loved ones of these baddies informed of their unfortunate demise? Whose responsibility was it to write the families of these men and let them know their son, brother, husband, lover wouldn't be home for any more Thanksgivings, Christmases, or any other holidays? For whatever reason, I imagine a stereotypical middle-aged woman in a secretary role slaving over a typewriter filling out form after form after form and then getting them signed and put in the mail as soon as possible. I wonder what she would put as the cause of death. Knocked out by hero?
Posted by Jordi at 9:36 AM