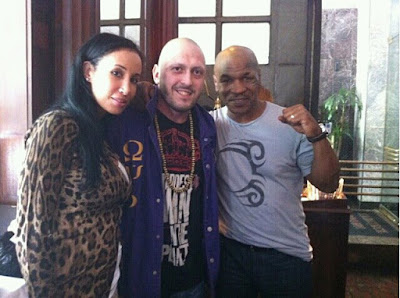 For whatever reason, this year has been one of my most difficult. Not only has it been one of my most challenging in regards to being in Afghanistan and all the physical, professional, and personal tolls that takes, but it has also been one of my most emotionally trying. As I have written on this blog, both of my grandmothers passed away. In August, I found out an old Army friend of mine I visited in 2000 and had an experience worth writing about passed away in 2007.

A few weeks ago, I found out a college friend, another person I had some writable times with, passed away in September.

I met Edgar Ter-Oganessian in a class during my junior year at Florida State. It might have been Intro to Political Theory, I’m not sure. But I do remember the class was in a stadium-like classroom, where the rows angled up the room and the students looked down towards the professor. Kinda like a stadium-seating movie theater.

Edgar and several other members of the Florida State football team, to include current NFL player Darnell Dockett, sat in the row right behind me in class. It was the first class I had the opportunity to talk to and interact with members of the highly regarded football team. I had football players, such as future NFL player Chris Hope, in other classes prior to, but never sat near them nor talked to them.

In typical high profile athlete fashion, Darnell Dockett vanished from attendance after the first week, never to be seen until the last day and the final exam. But Edgar and one of his boys were there almost every class. Within the social structure of the class, I became part of his group. I don’t know how I ended up sitting near him, but I remember I cracked Edgar up a few times with a some witty comments. After that, we were friends.

Whereas Darnell Dockett fit the disappearing athlete role, Edgar seemed to fit the “I’m just in college to play football” role. Although a fun guy, he didn’t seem interested in class, despite showing up to every lesson. I’m not sure how much Edgar learned in the class, but he did teach me an academic mantra that while I never tried to live by, I’ll never forget.

From my perspective it wasn’t a mantra I strove for, as I was reaching for As or Bs, but from the perspective of an athlete with 2-a-day practices and playbooks to memorize, and school a second, if not third priority, it made sense.

Even if Intro to Political Theory wasn’t his bag, Edgar did care and did try to do at least minimally well. As he saw I was doing well, towards the end of the semester he asked if I could help him study for the final. I accepted, as I did with anyone who wanted to be a study partner.

Edgar swung by my apartment one night and we did some studying, but if I remember correctly, he did more talking on the phone. He also told me pearls of wisdom about being on the football team, such as his belief that former Seminoles defensive coordinator Mickey Andrews looked like a fish when he was mad. To this day, I can’t look at Mickey Andrews and think of anything but a fish.

Even outside of our class, Edgar asked me for academic help. I remember him once calling and asking me to write paper for him for $40. When I respectfully declined, saying I had too much on my plate with my own papers and an article for the student newspaper, he was cool with that, saying only that he understood and that he would see me in class. I’ll admit, even though I wanted to help, something just wasn’t right about that. I’ll edit people’s work and make it shine, but I’ve always drawn the line on creating for other people.

I stayed friends with Edgar for a few semesters after our class. He invited me to perhaps one of the best, if not most interesting Super Bowl parties I have ever been to. I wrote about my experience partying with Edgar during the 2002 Bucs-Raiders Super Bowl a few years ago. Let’s just say it involved chicken bones, fat girls, a lot of beer, and a 9mm pistol.

The involvement of the 9mm was also one incident I don't think I will ever forget. As we all kept drinking and watching the game, and as the Bucs started to pull away from the Raiders, Edgar, a huge San Francisco 49ers fan, walked out of the living room for a few moments and returned with a pistol. He placed the pistol on the coffee table in front of his chair and told everyone they should root for the Raiders because longtime 49ers Jerry Rice played for the Raiders. And if they rooted for the Bucs, they could get the hell out. He ended his decree with statement, “this is how I’m living”. Another absolutely classic line I’ve kept with me all these years.

I partied with Edgar one other time before we went our different ways. The second party had a lot less beer, and to this day I still I don’t know whose place it was at. But that night Edgar taught me to the term “baking cakes” for hitting on a woman. Every time one of his friends talked to a girl during the party, Edgar would tap me on the shoulder and say “look, he’s baking cakes”. It didn’t stick like the other phrases he told me, but “baking cakes” was still original.

Years later, I saw Edgar at a Tallahassee club called the Moon. It was either 2005 or perhaps 2006 after I had moved down to Tampa. Of course, he remembered me and gave me a handshake hug and asked how I was doing. I remember him being much calmer and telling me he was going to grad school, which I found shocking considering my academic impression of him years earlier. But I congratulated him and told him good luck.

I guess people really can change. Edgar was only in his early 20s when we hung out and I was in my late 20s. When I saw him at the Moon, I was a bit past 30 and he was in his mid-20s, and probably hitting the post-college maturity level when throwing chicken bones and wielding guns at parties is considered a bad idea.

Two years later he got sick. According to the FSView and Florida Flambeau, Edgar had a rare cancer called Rhabdomyosarcoma, a cancer that affects the muscle attaching to bones. Edgar made it four years with this unique cancer before the cancer took his life.

From what I’ve read, Edgar ended up an inspirational man and a counselor to many FSU students. That’s awesome. It’s always great to hear about friends who made a difference. It makes me feel even worse that he is gone far too soon.

As I mentioned, in the last year I’ve lost two grandmothers and found out two friends passed away. Two of these people I knew for 35 years, the other two for only a few. Two people I celebrated holidays with and two I drank beer and partied with. In 2012, I learned I will never see any of them again.

Writing to me is not only a way to convey feeling or to tell stories or jokes, it also a way to record. Record for anyone who wants to read the story of my life and how great the people I encounter are, how they all bring something different into my life, and how they all have influenced me in some way, shape, or form. Through this adventure I have propelled myself on over the last 35 years, I have met some amazing people and shared some great times. Times I never want to forget. Times that through these words, I hope will live forever. Even if we don’t.

(Pic from capitaloutlook.com. That's Edgar deep in his sickness meeting longtime idol Mike Tyson.)
Posted by Jordi at 2:18 AM