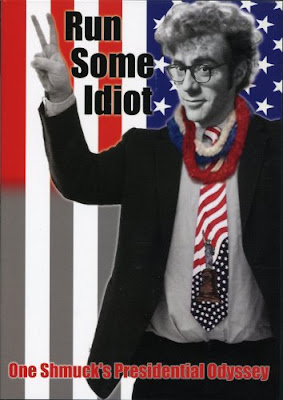 In January 2000, I was living in Salley Hall on the Florida State University campus. It was my second semester at FSU and I had just transferred rooms from my first suite with roommates I didn't completely jive with, to a room with future apartment mate and current long-time friend, Zheke Snow.

January 2000 was also the run-up for the February 1 New Hampshire Republican primary, the first primary in the 2000 election and the first step candidates needed to take on their road to the White House.

At 2:30 am, Sunday, January 30, 2000, Zheke and I were flipping through the channels in our small college dorm room. It was late and we had probably gone out that night. I probably even had a few beers. Somewhere between late-night sports highlights and finding a movie to watch, we stumbled upon C-SPAN and the "Lesser-Known Presidential Candidates Debate".

I can almost guarantee watching the debate was my idea. I've always had an interest in politics and weirdness and the concept of "lesser-known" candidates definitely caught my attention. Of course, we knew George W. Bush and Al Gore and the other big name candidates, but who were these guys who were campaigning in a small dining room in the middle of New Hampshire? Why were they running for president?

This debate has it all:
Jim Taylor was the most unique candidate in the 2000 election. I will never be swayed otherwise. Taylor took the stage in New Hampshire with a guitar on his back, wearing a lei, and challenging the other candidates to a "toilet scrub-off". A self-described "idiot" whose campaign slogan was "Everything is Crappy", Taylor was also documenting his campaign as part of a documentary he called "Run Some Idiot".

The surprising thing is that most of the media panel seem to recognize Taylor and treat him seriously, unlike some of the other candidates. Taylor also comes off as the most credible candidate, despite the frizzy hair and song and dance routine. After re-watching 15 years later, I think I would consider voting for the guy.