For all intents and purposes, Deadspin.com died earlier this month. After corporate orders restricting content to only sports, the site's writers and editors walked out in protest.

Since 2005, Deadspin.com was a bastion for against the grain views. When the mainstream media, especially sports media, was grasping with how to handle their growing online audience, Deadspin was at the forefront of the sports blog "revolution". Bloggers were influencing how the online audience thought, and their views were vastly different from the TV-viewing audience.

Many sports blogs wrote from a fan-based perspective not seen in the "ivory tower" of established journalism. To the internet-savvy fan, newspapers were a relic of a slower past. This infuriated more traditional media representatives such as Bob Costas and Buzz Bissinger.

Check out this video of Bob Costas's interview with Deadspin founder Will Leitch in 2008. Costas begins by calling the blogosphere the "wild west of the internet" where "anyone can post anything".

(The best part is Costas decrying the "potshots and mean spirited abuse" abundant online. As more people got online and as the internet became more of our daily lives and media went from easy to "social", the mean spiritedness only got worse. If only we had to worry about a few sarcastic comment sections. But that's a social commentary for another day. Maybe another blog post.)

Simply put, the breaking of the publishing barriers and the ease of blogging allowed readers to read, learn, or laugh about sports in ways that circumvented traditional media. Blogs and stat sites were the underground. Blogging was a cool kids club similar to hackers or other online groups that the mainstream didn't understand.

During the time of Deadspin's rise, I wrote frequently on this site and my work and my words were quoted on Deadspin a few times.

In September 2008, for example, then-editor Rick Chandler and I had a small back-and-forth when Chandler insulted the Tampa Bay Rays. First, Chandler posted a letter I wrote to the editor on his post entitled "Mock The Mohawk At Your Own Peril":


On Tuesday, I received this email: Rick I always thought Deadspin was the place for the underdog. I don't know your sports affiliations, but you definitely came off as siding with the Red Sox in your post on last night's Rays vs. Red Sox game, particularly your shot at the Rays attendance (the majority were of course pro-Red Sox). I'll be at tonight's game and I'll definitely be able to determine if the majority of fans are pro-Rays, as they normally are, or pro-Boston. If you are there too, please let me know. I'll say hi. You know, I never thought Deadspin would be pro-Evil Empire; I thought that was ESPN's job. Things definitely have changed since Will Leitch left. Jordi Scrubbings

That night, I wrote a post documenting different types of Rays fans, which Chandler then quoted the next day on Deadspin.


Secondly, there was a sellout crowd of 36,048. And as my pal Jordi Scrubbings points out, most, evidently, were Rays fans. Scrubbings has taken me to task for claiming that Rays fans are uninspired and rarely present, so he took the time to document his claims to the contrary. Included in his thesis is this example of the Rays Mohawk:

You had to roll with the punches. If you had a sense of humor, the blogosphere was fun.

I also wrote a post for Deadspin in 2009. I was picked to preview Florida State basketball in the NCAA Tournament. I had to send them a sample of my writing and in return, they provided me with a bit of exposure.

Besides being quoted and writing for Deadspin, writing about Deadspin was also a thing. Yes, it was naval gazing, but many sports bloggers knew they were part of something new. Again, it was similar to the early hackers who knew the internet was going to be big and they were on the cusp of a movement. Sports bloggers knew there were going to be changes to how people ingested their sports. We knew something was happening at the crossroads of technology and media.

(Unfortunately, like the early hackers, early bloggers couldn't control what happened to online sports media, they could only write about it. But that too is a possible post for another day.)

Ironically, at the end of the article, I attempted to predict the future of Deadspin.


"Will the mantra Leitch promoted be marginalized by the very consumerist machine that sparked its conception?"

Although editors who followed Leitch continued his philosophy of speaking truth to power, the inside powers that be - venture capitalists who eventually purchased Deadspin as part of an online journalism conglomerate - killed the site.

Admittedly, I haven't been a regular reader of Deadspin for several years. I have no idea how much of their posts were sports versus partly sports versus completely non-sports. But that is not the point. The point is that a website that was once the pinnacle of the underground was eventually forced to lose its voice.

While I am disappointed Deadspin is dead, I do not share in the thought that all is lost. Writers will still write. Writers who were previously employed by Deadspin will surface again. They will continue to put words on screens and click publish buttons. Before the days of Deadspin and other corporate forums, many writers were underground. If need be, the former voices of Deadspin will publish underground again - be it on sites such as wordpress or blogspot, or on their own websites.

And when the former voices of Deadspin do write again, they have the power of social media (particularly twitter) to market their works. That built-in audience is an advantage that the early blogosphere did not have.

Unfortunately, independent blogging rarely pays. This is why so many writers flocked to corporate owned platforms over the past 10 years. Perhaps many of the former Deadspin writers will find paid gigs - if so, more power to them. I fear some will not.

But if I could make one media suggestion before I conclude this ode, it is that the internet needs better aggregation sites. We need sites that list the best writing from independent writers and bloggers and lets readers discover new voices. In the early blogging days, sites such as Deadspin, The Big Lead, and others always had a "link dump" of the best articles they found that week. For a small, independent blogger having an article listed on a major site meant hundreds, if not thousands of new views to your work.

In conclusion, this has become quite the long ode. But this is my site and no venture capitalist is going to tell me to wrap it up.

Long live Deadspin - a site that helped me not only gain exposure and confidence in my writing but also taught me about blogging to power - something I have done often on my Tampa Bay Baseball Market website. There, I don't have access, favor, or discretion and sure enough, several of Tampa's mainstream sports writers don't like my voice or opinions. Oh well.

Hard to believe I have been writing online for over 13 years. The writing world is a lot different these days. But even though time passes, and we know lives and businesses come and go, it is still sad to see the home of a revolution strangled by the hands of corporate greed. 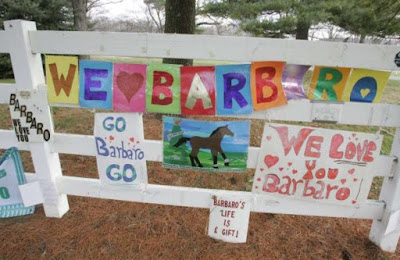