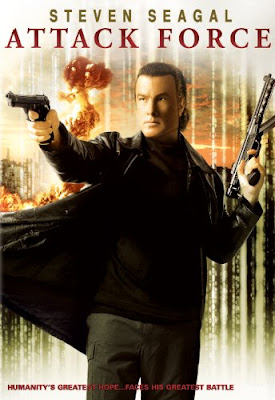 Nope. You are not getting an attempt at a serious review. This movie doesnt deserve it. It is atrocious. According to reports, it was supposed to be an alien sci fi flick, but they turned it into a drug super serum flick halfway through. And the lead bad guy decides he is going to commit bioterrorism with the drug. So Seagal and his team raid a French village and start killing the residents who show effects of the super drug. Pretty sure that's a war crime.

None of the plot makes sense. The bad guys' eyes blink sideways because they are on "the drug", not because they were supposed to be aliens. The fight scenes are poorly shot. But worst of all, half of Seagal's lines are dubbed by another actor who sounds nothing like Seagal.