Curveball at the Crossroads on the Spike on the Mic Show 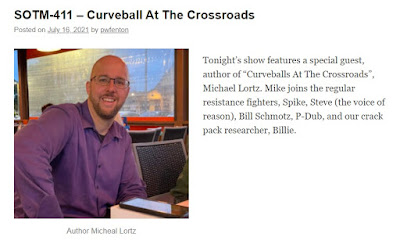 Spike on the Mic is a longtime radio show in Tampa and Spike has been around the radio scene for years. A few weeks ago, I ran into Spike at a local sports bar and we talked about me being on his show. After weeks of scheduling, I made my first appearance.

Spike on the Mic is a fun show that covers weird and unusual headlines and has humorous banter between a bevy of hosts. I felt right at home talking with them. In the final minutes, I told them about my book, which most of the hosts were excited to hear about.

Thanks again to Spike for having me on and I hope to be on again soon!

Here is the link to the Spike on the Mic Show featuring Curveball at the Crossroads.