Ban Steroids of the Mind 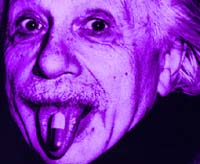 A few years ago, way back when I was still a student at Florida State, I wrote a letter to our esteemed student newspaper alerting them of a possible breach in the academic code of conduct. In my opinion, the opportunity for rampant cheating had encroached itself on the FSU campus. Only through a systematic approach, I argued, could the reputation of Florida State University remain in high regard. As this dilemma still courses through the veins of academia, and as its physical parallel still permeates our sports discussions, I would like to share my letter to the editor of the FSView and Florida Flambeau, dated January 10, 2005.
--------------------------------

Ban Steroids of the Mind

As a long-time student and possible alumnus of our fine academic institution I would like to alert my fellow students of a plague that could affect our university's credibility.

I recently witnessed a television commercial for a product called Focus Factor, described as having the ability to both enhance memory power and increase intellect. This is obviously one of many such products on the market today. In light of the recent "doping" scandals involving professional athletes such as Barry Bonds and Olympic stars such as Marion Jones, we can not let mental enhancers such as Focus Factor permeate our intellectual environment as physical enhancers have invaded the world of sports.

Similar to growth enhancement products, mental enhancers promote an unfair advantage and distort the academic "playing field". Whereas neither physical nor mental supplements provide magical results without at least a level of skill or subject understanding, the similarities between these products are quite eerie.

We must prevent the use of memory and intellectual enhancers now before their use becomes epidemic and destroys the Florida State academic prestige we hold dear. In response to this potential disaster I propose a simple plan I call Operation CREME LA Drugs (Condemnation, Restriction, and Education of Mind Enhancers and Legislation Against drugs).

The first step in condemnation and restriction is, of course, punishment. Prior to every major exam or finals week a university-wide urinalysis should be given. Evidence of recreational drug use is obviously of no concern. Users of intellectual drugs, however, should be prosecuted to the full extent of the academic code. Any student admitting to intellectual drug use, either past or current, should have asterisks placed on their transcripts besides the grade point averages and their degrees of distinction, where applicable, should be stripped. Imagine the embarrassment a user would feel during a job interview as a prospective employer looks over a glowing transcript blemished by asterisks.

As for education, the university should employ the Real Project (note: the Real Project was a campus-wide campaign against student alcohol abuse - JS) to spread a variety of slogans such as "All Skills, No Pills" and discourage students from using products that would give them an unfair advantage over their peers. Maybe once a majority of students are aware of the "cheating" available through intellectual drugs we can again be a bastion of protest, boycotting producers and camping out on Landis Green.

Legislation against memory enhancers and intellect increasers may be more difficult. However, with many students working in the capitol complex, I am sure we can bend the ear of several legislators. Like Sen. John McCain and the growth hormone issue, perhaps Gov. Bush could support a strong stand furthering our cause.

In closing, I would like to propose a university-wide petition demanding the administration and the student government enact Operation CREME LA Drugs and enact an outright ban on these products.

If only I can remember where I put my petition form and my pen.

Unfortunately, my plea fell on deaf ears.
Posted by Jordi at 1:18 PM