Freakonomics is now questioning Steroids of the Mind 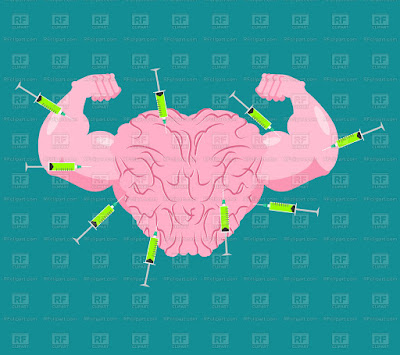 Quick post, as I am working on something more extensive:

I read an interesting post on the New York Times Freakonomics Blog today. In a post entitled "Are Ritalin-Taking Students Cheaters?", the Freakonomics folks link to an article on an Australian site that discusses the scientific work of an Australian researcher who claims concentration drugs could become a problem for academia.

Back in July 2007, I posted a letter I wrote to the Florida State University newspaper in 2005. That letter, entitled "Ban Steroids of the Mind", addressed this exact problem, of course in my own hyperbolic and over-exaggerated way of looking at it.

According to Vince Cakic, author of the study "Smart drugs for cognitive enhancement: ethical and pragmatic considerations in the era of cosmetic neurology",

"Reports in the popular press suggest that smart drugs or "nootropics" such as methylphenidate, modafinil and piracetam are increasingly being used by the healthy to augment cognitive ability. Although current nootropics offer only modest improvements in cognitive performance, it appears likely that more effective compounds will be developed in the future and that their off-label use will increase. One sphere in which the use of these drugs may be commonplace is by healthy students within academia. This article reviews the ethical and pragmatic implications of nootropic use in academia by drawing parallels with issues relevant to the drugs in sport debate. It is often argued that performance-enhancing drugs should be prohibited because they create an uneven playing field. However, this appears dubious given that "unfair" advantages are already ubiquitous and generally tolerated by society. There are concerns that widespread use will indirectly coerce non-users also to employ nootropics in order to remain competitive."

"Similar to growth enhancement products, mental enhancers promote an unfair advantage and distort the academic "playing field". Whereas neither physical nor mental supplements provide magical results without at least a level of skill or subject understanding, the similarities between these products are quite eerie."

It's about time other smart people caught on to what I've been talking about. Once again, I am ahead of the power curve. Maybe one day I'll have a forum like Freakonomics.

Email ThisBlogThis!Share to TwitterShare to FacebookShare to Pinterest
Labels: Academia