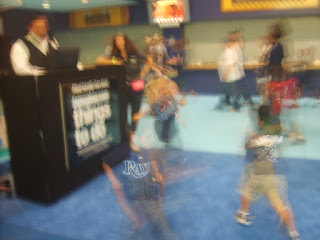 I know this is way out of my area of expertise, and I may have absolutely no idea what I am talking about, but this National Geographic article from April on the birth of universes rekindled a few thoughts I've had swimming in my head.

Quick summary: The article summarizes the recent research on wormholes and black holes and how matter may never reach a supreme condensed density as Einstein predicted.

(Longtime readers should know I am a huge Einstein fan. It's been a while, but I tried my hand at talking physics at my old site, compared Einstein's theories to The Dark Knight, and read an 800 page bio on the man. He is, in my opinion, one of the smartest men to ever live, and one of the few I think smarter than I could ever be. Him, Stephen Hawking, and Miles Davis.)

To quote the Nat Geo article:


According to the new equations, the matter black holes absorb and seemingly destroy is actually expelled and becomes the building blocks for galaxies, stars, and planets in another reality.


That means the basic building blocks of matter as we know it may live forever. Although it may get tossed and turned and flipped and bounced like a sock in a series of connected driers, it will never cease to exist. And since, of course, Einstein proved that mass=energy then neither mass nor energy can be created nor destroyed (law of the conservation of energy, yo). Something will be somewhere forever.

Another subject I have seen a little bit about in regards to my odd fascination with Einstein is any Discovery, Science, or Nature Channel show on string theory, that super micro particles, billionths and billionths of a centimeter in size exist along gravitational planes called "strings". Most of this stuff is over my head, but apparently these strings containing micro particles vibrate, causing the molecules to move. According to the almighty Wikipedia,


On distance scales larger than the string radius, each oscillation mode behaves as a different species of particle, with its mass, spin and charge determined by the string's dynamics. Splitting and recombination of strings correspond to particle emission and absorption, giving rise to the interactions between particles.

An analogy for strings' modes of vibration is a guitar string's production of multiple but distinct musical notes. In the analogy, different notes correspond to different particles. The only difference is the guitar is only 2-dimensional; you can strum it up, and down. In actuality the guitar strings would be every dimension, and the strings could vibrate in any direction, meaning that the particles could move through not only our dimension, but other dimensions as well.


So there many very well be a natural rhythm to each subatomic particle. Which means, going up in the matter scale, there may be a natural rhythm to each atomic particle, molecule, cell, and other building block of things. Maybe Obi Wan Kenobi was right when he said there was "an energy field created by all living things. It surrounds us, penetrates us, and binds the galaxy together." Maybe the Force is rhythm.

A few years ago, I read an article in Scientific American on the "natural ambient sounds" of animals and how human life and technological advancement has altered and even threatened how animals communicate with each other. According to the article, birds, reptiles, insects, and many other land dwelling creatures have had to change their bioacoustics and outshout, outbuzz, or outsing cars, airplanes, chainsaws, cannons, and other human inventions to get their mates' attention.

Could these bioacoustics be caused by the mass amalgamation of the frequencies of each and every subatomic particle in a living thing? Could all these vibrating strings be in any way related to how we communicate or what frequencies we acknowledge as good or bad?

At the top of this post I uploaded a picture of a bunch of kids dancing at a Rays game a few weeks ago. Ever watch a toddler dance? I am always fascinated by watching my two-year old nephew jump, bounce, and boogie to whatever catches his fancy. He dances to everything from "The Ants Go Marching" and other kids songs to John Lee Hooker's "Boom Boom" to the soothing sounds of cartoon death metal band Dethklok. He doesn't discriminate.

From what I have seen, most other kids are the same way. They don't care if it's country or rap or swing or Bulgarian wedding music. If they can dance to it, they will. And they don't care about steps or the number of beats, they just move. Although I have never done it, I would guess that trying to predict a toddler's next dance step or movement is about as difficult as trying to create a unified field theory for the actions of subatomic particles. Which is what frustrated Einstein for most of his life and eventually lead scientists to the creation of string theory.

Which makes me think there maybe a natural rhythm for human beings. After all, every culture has created its own music in some way shape or form. In many cultures it natural for music to be part of religious ceremonies and a way to touch or feel the supernatural and the holy. Maybe babies are more "tuned in" to this natural human rhythm and are less corrupted by the everyday sounds of everything we grown-ups have resonating in our world. Maybe for children the ignorance of the different beeps, tones, whistles, bells, horns, alarms, shouts, screams, buzzes, hums, rattles, and yells is a good thing. They have the ability to "feel" music better than we can.

Perhaps the hippies and beatniks of the 1960s were on to something when they said "turn on, tune in, and drop out". Maybe all that LSD Timothy Leary was pushing was getting people to feel rhythms the way children feel them. Or maybe they were on a whole other rhythm. Maybe there are multiple frequencies we can force onto our brain cells just as many cosmologists think there are multiple universes. Maybe an LSD trip is nothing more than tapping into a frequency of an alternate universe, one that the person taking LSD has no prior experience in. Maybe there are universes that are more hostile to our thought process than others. Maybe some are more peaceful.

Maybe this explains heaven and hell.

Wow, it's getting deep in here. And my head is starting to hurt.

Before I go, I have a joke. A few years ago, one of my friends had a roommate who was aspiring to do stand-up comedy. He said the first thing he was going to do was go on stage and flamboyantly say "Hi, my name is Rhythm and I'm a dancer. (Pause) My parents knew."

Your mind expanded enough to go beyond existentialism proportions and the relm of known physics... i like how you think ;)
By trying to figure out how we are considered more alive or less alive/ vibrant vs stagnant, I stumbled upon this article by googling natural rhythm + physics. If every element on earth vibrates at a certain frequency, dictating its form, then being able to affect vibration is like magic. ...I think they said something like that on Sorcerer's Apprentice...but it's mind blowing how genuine that fact is!
So anyways, I'd like to hear more from you on this Natural Rhythm thing. Rhythm is inherent to us as beings. How many people who observe babies have realized this plain fact. A spiritual awareness has brought me to the understanding that we are all uniQ beings of energy/ light...our physical body is the vehicle that we experience this world through, our mind is a tool, and emotions connect us with the human experience. Emotions play a big role in our perceptions though...some lift us up, some are weighty and others burn us from the inside out. We affect other people with our emotional state... our emotions surround us in an energetic bubble (aura) and according to Obi Wan Kenobi, there's “an energy field created by all living things. It surrounds us, penetrates us, and binds the galaxy together". True that George Lucas.
Deep stuff...writing this really got me thinking, and my thinking is all over the place so I hope you could follow. Basically I liked your point of view and am wondering if you've had any further insights. Since this blog is over a year old and you're a curious mind interested in physics I'll bet you've had a ton of insights. If you feel like sharing any, I'd be interested in hearing/reading it.