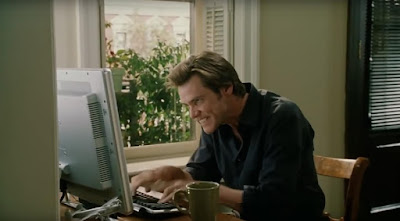 I have been working on my first book over the past year. My goal is to have this book published. Not self-published, but actually published by a publisher. I've self-published before and I might do so again, but I want to test the waters in the publishing industry. I want to put the name of a publisher on my resume.

With that in mind, I've decided to make every Friday "Book Update Day". Every Friday I will give an update as to where I am in the writing/editing/publishing process - at least as far as I can say.

(And I missed another Book Update last week. This is almost turning into a bi-weekly update. But once I give in to bi-weekly, then it is a slippery slope to yearly.)

I finished re-writing the second chapter. Yesterday I added some much needed text to the story to get it off and rolling into the main plot. I am really excited now, because I think I am in the ballpark to being done. And I think it reads well now. Everything flows nicely, at least I think so.

The goal now is to maybe give the story another once over and meanwhile look for sports fiction publishers, then of course, prepare a proposal. I am also open to sending a polished draft a select group of friends, colleagues, or other writer folk.

Interesting links of the week:

Here are a few links that have inspired me this week:

This week is Timothy Leary Week. According to Wired.com, the New York Public Library acquired a mass amount of the famed psychologist/drug advocate's personal library. This week, the NY Public Library made the collection public opening the archives to researchers, historians, and other curious individuals.

I've mentioned before how big of a fan I am of writer Aldous Huxley. Huxley was influenced a lot by Leary's studies, especially in regards to thoughts of reaching higher consciousness through psychedelic drugs. Huxley then influenced Jim Morrison, who named his band "The Doors" after Huxley's Doors of Perception book. I got into The Doors years ago and worked my way backwards to Leary.

Here are two recent articles on Leary from Wired.com:

This article explores Leary's migration from Harvard professor to drug advocate. While some discouraged his work, others praised it. The article takes a fair look at whether both the criticism or the adulation was warranted while adding a good amount of history to the context.

Turn On, Boot Up, and Jack In With Timothy Leary’s Long-Lost Videogames - Wired.com

In this article, Wired.com looks at Leary's later years and his experimentation with computer games. According to the article, Leary saw potential in the networking aspect of computer programs years before the Internet emerged as a force. Leary helped create computer games and models that helped expand the mind, using the computer systems as he did drugs years earlier.

Last but definitely not least, here is a link to the Timothy Leary Online Archives. It has been a big week for them. Tons of great stuff on this site from pictures to letters to links to other material.
Posted by Jordi at 12:24 AM