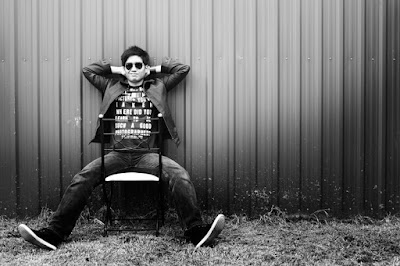 Just before I finally left the ranks of the unemployed, I read a very interesting article on The Atlantic.com. Entitled "A World Without Work", the article discusses what happens to towns and people when their jobs are replaced by soulless machines. The article details the effect automation has had on demographics and segments of the American workforce and focuses on parts of our economy that have lost the most workers.


I see three overlapping possibilities as formal employment opportunities decline. Some people displaced from the formal workforce will devote their freedom to simple leisure; some will seek to build productive communities outside the workplace; and others will fight, passionately and in many cases fruitlessly, to reclaim their productivity by piecing together jobs in an informal economy. These are futures of consumption, communal creativity, and contingency.

He then writes about "post-workists" - in an era where the fruits of labor are bountiful, we could distribute the goods fairly and people would be able to focus on social work, not economic work.


In a post-work society, Hunnicutt said, people might spend more time caring for their families and neighbors; pride could come from our relationships rather than from our careers.

While I thought the set-up, a post-industrial nirvana and communal society idea was interesting, the next part of the paper I wholly disagreed with.


But even leaving that aside for the moment, this vision is problematic: it doesn’t resemble the world as it is currently experienced by most jobless people. By and large, the jobless don’t spend their downtime socializing with friends or taking up new hobbies. Instead, they watch TV or sleep. Time-use surveys show that jobless prime-age people dedicate some of the time once spent working to cleaning and childcare. But men in particular devote most of their free time to leisure, the lion’s share of which is spent watching television, browsing the Internet, and sleeping. Retired seniors watch about 50 hours of television a week, according to Nielsen. That means they spend a majority of their lives either sleeping or sitting on the sofa looking at a flatscreen. The unemployed theoretically have the most time to socialize, and yet studies have shown that they feel the most social isolation; it is surprisingly hard to replace the camaraderie of the water cooler.

This was 180 degrees from my unemployed experience. I did not just "watch TV and sleep". I hustled. I slept only 6 hours a day. Yes, I browsed the internet, but that was mostly for jobs, networking opportunities, and other creative projects (such as this blog and my other online writing spots). I was also involved in the Tampa Bay Seminole Club and taking classes. I went to job fairs, met with job counselors, and shook hands at networking events. At times, I was working just as hard finding a job as someone with a job.

Although this part on unemployment I absolutely agree with:


Research has shown that it is harder to recover from a long bout of joblessness than from losing a loved one or suffering a life-altering injury. The very things that help many people recover from other emotional traumas—a routine, an absorbing distraction, a daily purpose—are not readily available to the unemployed.

Thompson then postulates on communities that create, instead of work. This is not unlike what I did to stay active, writing on various websites, to include my business analysis of baseball in Tampa Bay. That webpage was cited in national websites, I was quoted in the local newspaper, and I was told city council members mentioned my research in a prominent council meeting. So I was making a difference in what interested me, even if I wasn't getting paid for it.

I was also starting to get back into stand-up comedy. Doing open mics is labor-intensive but also doesn't pay. You are writing, rehearsing, driving to the venue, and performing not for the money, but for the rush of entertainment.

Now I find myself in a position not unlike Thompson's final option:


one can see a third possible future, where millions of people struggle for years to build a sense of purpose in the absence of formal jobs, and where entrepreneurship emerges out of necessity. But while it lacks the comforts of the consumption economy or the cultural richness of Lawrence Katz’s artisanal future, it is more complex than an outright dystopia.

Right now, I am working an internship to build skills in market research and analysis. I am also consulting for a military academic institution. Both of these jobs hold incredible potential for me down the road. They are both great for my resume. And the fact that I can do both speaks to my diverse background. There aren't many people with advanced degrees in both a social science and business and lengthy experience working with the military in various parts of the world. I am a rare breed, but learning how to capitalize on my experiences was a skill I had to learn. I now have two sources of income, which is incredibly important.

In the final part of the essay, Thompson outlines a utopian society where a basic living wage is provided to everyone and people are free to choose what they want to do for a living, whether that is engage in jobs that don't like, or live a creative life.


the simplest way to help everybody stay busy might be government sponsorship of a national online marketplace of work (or, alternatively, a series of local ones, sponsored by local governments). Individuals could browse for large long-term projects, like cleaning up after a natural disaster, or small short-term ones: an hour of tutoring, an evening of entertainment, an art commission. The requests could come from local governments or community associations or nonprofit groups; from rich families seeking nannies or tutors; or from other individuals given some number of credits to “spend” on the site each year. To ensure a baseline level of attachment to the workforce, the government could pay adults a flat rate in return for some minimum level of activity on the site, but people could always earn more by taking on more gigs.

"A World Without Work" is not a light read. It is the foundation from which novels are written. Thompson gives his readers a lot to think about in regards to life and labor.  Maybe the future will be selective parts of his essay and post-apocalyptic Mad Max conflicts over limited resources. Maybe a rich billionaire will create an online marketplace for work through a corporation, where people will have primary jobs, but be able to spend time on other endeavors. Maybe some corporations will have a "bullpen" of substitute workers who can relieve workers on occasion.

I really enjoyed "A World Without Work". Due to my education and experience, I think I am in an interesting place. I'm not sure how normal I am in regards to the rest of the workplace. I have had to do what I had to do and take what courses I had to take to set up future success. Again, I've had to hustle. But our current economy and the fields I have been in have made hustling a necessity.