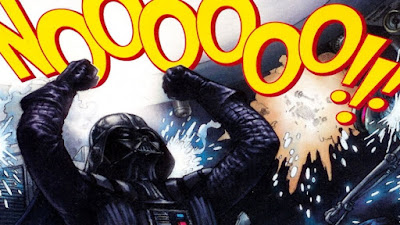 Last June, I wrote an article on Medium.com about Star Wars fans who make money creating videos expressing their anger at Disney diversifying the Star Wars Universe. I commented on the phenomenon, took their arguments and countered them, dissecting one particular creator's opinions, and finally extrapolated how he sees the world to include attacking his misunderstanding of hip-hop culture.

Last week, the online group "The Fandom Menace" found my article. They circulated it on social media and huffed and puffed their viewpoints without responding directly to what I wrote.

They did what they do - they pushed their views, got their likes, and shared their opinion with their followers. That is their community and the issues they choose to bond over. More power to them.

But I was curious how my article was found. The first account to mention me was an anti-Rian Johnson account. 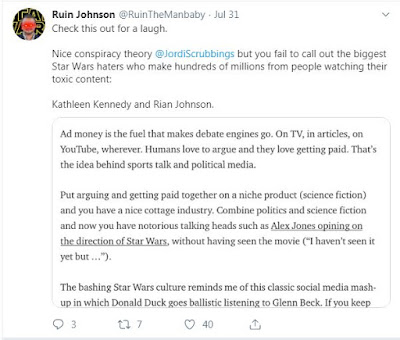 But how did he find it a year after it was published? It had over 1,000 reads on Medium.com, but that's not a lot. The picture I created for the article is one of the top images when if you google the creator's name - that could be how it was discovered.

Interestingly, the article was also circulated on twitter by a bot with 0 followers, 1 following and 40 tweets between June 29th and August 3rd. My article was mentioned in 8 of the account's 40 tweets, many of which were replies to discussions. 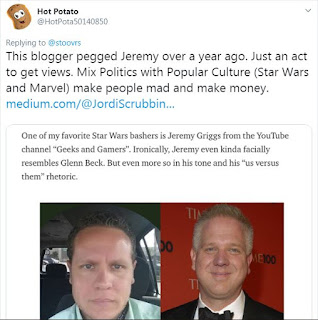 I don't even promote myself as much as this bot promoted me.

According to Medium.com's internal analytics, my article was read over 40 times on that one day. That was significantly more than the 5-10 daily reads the article was averaging since its publication over a year ago.

I guess that's the life of a writer - you never know when your work will instigate discussion.

As far as the social media debate the "Fandom Menace" tried to drag me into, that ended when I told them I wasn't interested in engaging on twitter. I posted a screenshot of an email I sent to the video creator alerting him when I published my article. The creator never replied. Email conversations don't make ad money.