Becoming a better writer through Nanowrimo 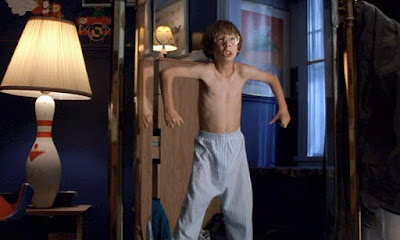 Entering Nanowrimo, I thought doing 50,000 words seemed difficult, but highly doable. In reality however, it proved too difficult. I ended the month with only 33,233 words, or 16,767 words off of the goal.

When I was in the military, we would look back at exercises and attempt to derive "lessons learned" to hopefully guide us in our future efforts. I think that is a good way to look at Nanowrimo. It was definitely an exercise, one of the literary sort. And although I didn't succeed in my writing goal, I did learn a lot about myself as a writer during the month.

I was most effective as a novel writer when I left the house and visited a local bookstore coffee shop. I limited distractions and surrounded myself with writing. That helped a lot. Being home meant keeping an eye on the TV or an ear on the radio. It was easier to do something else when I was home. Going to the bookstore was a lot like going to the gym to work out.

Although I went to the bookstore, I still was extremely tempted to use their free wi-fi and check my email, hop on twitter, or pop on Facebook. It got to the point where I was tweeting with the document open. I would type 50 words, then tweet, then write a sentence, then tweet. The only times I was successful in removing the Internet as a distraction was when I would take my computer into my bedroom, sit on a yoga ball, and type on a makeshift desk of an end table.

People have often asked me why I don't have a wireless router connected in my apartment. I have for years used a cable wire out of my wall connected to my laptop. It is makeshift and ghetto, but it works. I cannot imagine how little work I would have gotten done in my bedroom if I had an Internet connection there as well.

3) Try not to catch a computer virus

During some late night Internet surfing on or about the 19th, I caught a debilitating computer virus. This virus wormed it's way into my system, deactivated my anti-virus program, and replicated into my computer's registry. I eventually had to back up my entire hard drive on to my portable back-up drive, reformat my hard drive, and re-load everything, including a new updated anti-virus program. The whole process took four days and totally killed my rhythm for writing.

Could I have saved my novel on to a thumb drive and taken it to a local library? Sure, and I was very close to doing so. But I felt fixing my system was more important than writing a novel.

4) Get more work done before Thanksgiving

The Thanksgiving holiday fell right after I fixed my computer from its killer virus. Although I wrote the Wednesday before Thanksgiving, I did not write Thanksgiving Day and only wrote 500 words the Friday after. I knew Thanksgiving was going to difficult and I did not give myself enough flexibility to stay on top of my needed word count, even not counting the virus. I was behind before that.

Thanksgiving, however, was the death kneel of my effort.

5) Writing at my parents' house is impossible

My parents' house has always been loud. Sound resonates there. Combined with the fact that I have a loud family - nothing wrong with that, some families are louder than others - and a musically inclined 4-year old nephew and writing is all but impossible. It is like trying to read cosmic physics at a death metal concert. It is a fact of life.

6) Surround myself with other writers

I know I said I was going to meet other writers. Unfortunately, that didn't happen. After my friend Keri said she dropped out a week in, I knew no other writers in person. I had to rely on going online to seeing other people's updates and share words of encouragement. And going online was my Achilles Heel, as I mentioned. If I had followed through and gone to write-ups perhaps others' positive writing vibes would have worn off on me and aided my production.

I learned a lot about my writing style, techniques, and habits because of Nanowrimo. Although I can write non-fiction anywhere with the TV on, radio blaring, my nephew doing nephew things, and life going on around me, writing fiction requires much more discipline and a change in my habits.

I will definitely finish the story I started in November. I also am working on another story I was writing before Nanowrimo began. I'd like to have them both done by Christmas.

Email ThisBlogThis!Share to TwitterShare to FacebookShare to Pinterest
Labels: Writing

As a struggling writer myself, these tips make a lot of sense to me. I'm bookmarking this post. I especially agree with 1): When I stay home and try to work, it never seems to get done!