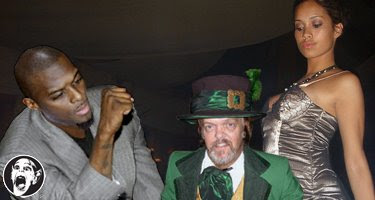 Most sports fans have heard about the plight of New York Giants wide receiver Plaxico Burress. According to the "mainstream media", Burress shot himself in the leg with a firearm last weekend.

Fortunately for those of us who seek the truth, the Weekly World News, the "best damn investigative reporting on the planet", tells us a completely different story. According to the WWN, Burress was actually firing at an Irishman named Seamus O’Shaughnessy.

A quick google search of this mysterious "Seamus O'Shaughnessy" brings us to the web site of a WWE pro wrestler, aptly nicknamed "The Irish Curse". Could this be the man Burress intended to fire at? Was there a tiff between the WWE prospect and the disgruntled Giants star?

According to the NY Daily News, Burress needed the firearm due to his possession of "expensive jewelry". This maybe the missing link.

Perhaps it is too stereotypical, but maybe, just maybe Mr. O'Shaughnessy confronted Mr. Burress over the ownership of a certain piece of gold. According to reports, the WWE was in Albany, NY just days prior to the night of Burress's shooting. Could Burress have taken O'Shaughnessy's Florida Championship Title and brought it back to New York City? Anyone who has seen any of the Leprechaun movies knows the Irish get sensitive when their gold is missing. Especially if the Irish gentleman in question claims to have been involved in conflicts against "Viking tribes of the North, Germanic, Norman and Anglo-Saxon armies from the East, and The Moors and The Romans from The South". 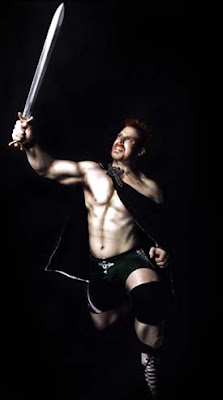 No offense, Mr. Burress, but if the Weekly World News is to be believed, and I don't see why they wouldn't be, stealing from Mr. O'Shaughnessy was not a wise move. Be glad you escaped with only a self-inflicted wound.

Of course, curious readers might question why the Weekly World News did not make the appropriate connections, and why did they claim O'Shaughnessy was a leprechaun? My answer to this is that we should never underestimate the power and influence of WWE Chairman Vince McMahon. Could Plaxico Burress merely be a pawn in a Vince McMahon attempt to finally avenge the failed XFL? Will we see more pro wrestler "hits" on NFL players?