When U-God of the Wu-Tang Clan found the internet 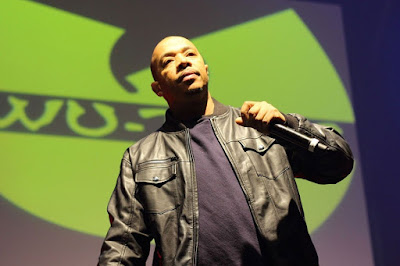 The internet as we know it has been around since about the mid-90s. Around that time, people started using the internet for entertainment and media purposes. So there is 20 years of stuff deep in the annals of the web, piles upon piles of archived goodness to discover and laugh at.

If you dig deep enough and scrounge around long enough, every so often you find a nugget of early internet goodness in raw form - not a re-post or quote brought into its present context - but something from the early days that might make you laugh, or cry, or even shred a tear for an earlier era.

A piece of internet goodness that makes you ask "can it be that it was all so simple then?".

Such is the case with this great olde tyme interview from 1999 with U-God of the Wu-Tang Clan on MVRemix.com. At the time, the Wu were already big in hip-hop circles, but had not yet crossed over into the wardrobes of teenage girls. Notorious BIG had died only two years earlier and hip-hop was just breaking through to the mainstream. Old school rap wasn't cliche and it definitely wasn't sang by middle age moms waiting to pick their kids up from elementary school.

In their 1999 interview, Hugo of MVRemix.com asked U-God several questions about his new album:

His thoughts on clothing:

His thoughts on the trials and tribulations of Wu-Tang co-member Ol' Dirty Bastard:


U-God: I don't like Police man. Get a fucking new job man. A life.

And, best of all, his thoughts on the internet.

Bill Gates and the Wu-Tang Clan.

It's their world, we are still just living in it.
Posted by Jordi at 3:05 PM